He added that previous governments only gave slogans, but the Modi-led administration gave resources to the poor 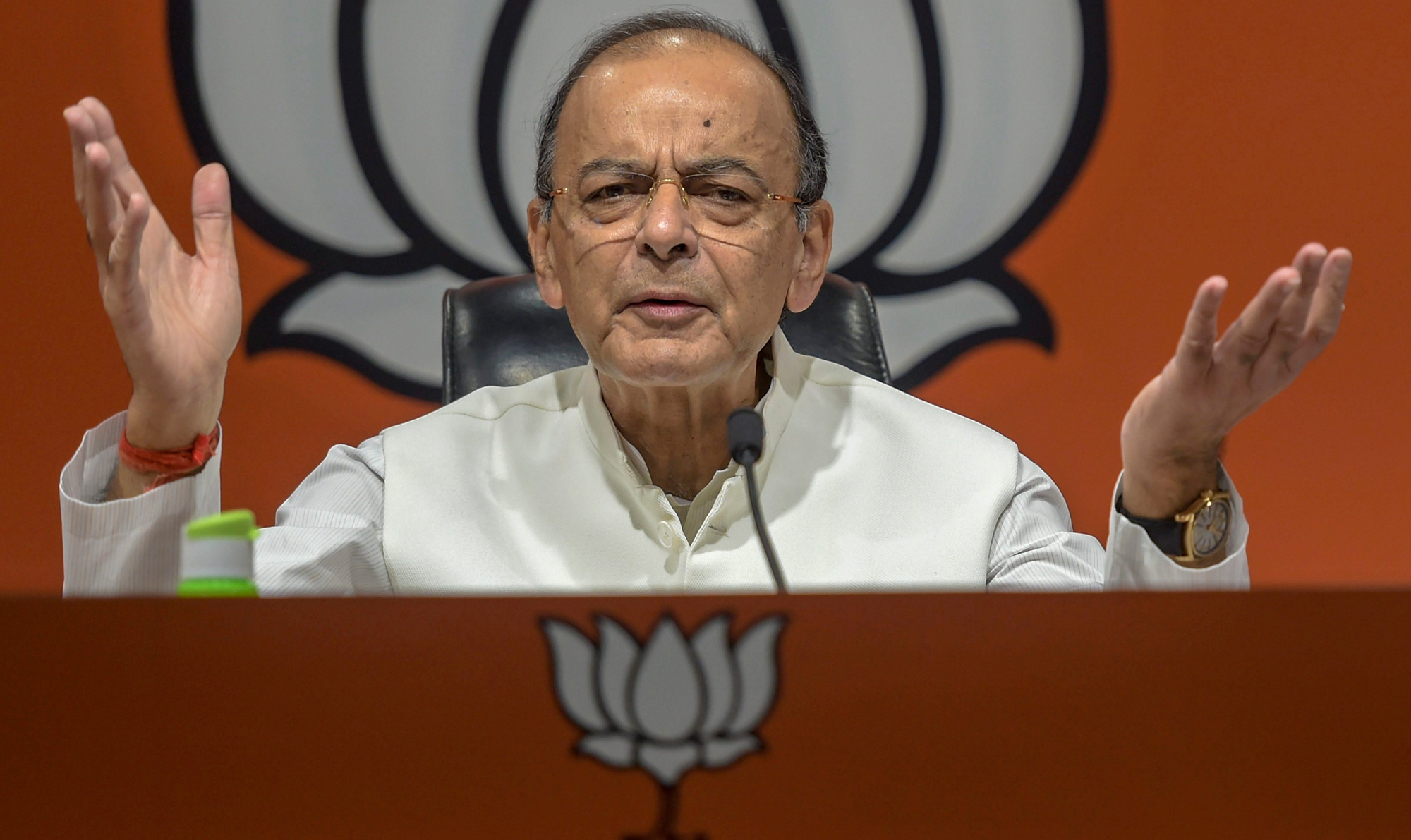 Union minister and BJP leader Arun Jaitley during the launch of the party's election theme songs and other campaign materials for upcoming Lok Sabha polls, at party headquarters in New Delhi on Sunday, April 7, 2019.
PTI
PTI   |   New Delhi   |   Published 08.04.19, 07:39 AM

BJP leader Arun Jaitley on Monday said the BJP's manifesto for the Lok Sabha elections beginning this week has not been prepared with a 'tukde tukde' mindset but with a strong nationalist vision.

'Our new policy, new doctrine of striking terror in its origin has received global recognition,” Jaitley told the gathering.

The Union finance minister said the party was committed to annulling Article 35 A of the Constitution, which provides special rights and privileges to the people of Jammu and Kashmir.

The provision is discriminatory against non-permanent residents of Jammu and Kashmir, he said.

When India is at the cusp of history making most of all its lost opportunities, does it require a fragile government or a decisive one, he asked.

Jaitley added that previous governments only gave slogans, but the Modi-led administration gave resources to the poor.

He said the essence of the BJP manifesto is to deplete poverty over the next five years to single digit and then gradually eliminate it.

'Our fiscal prudence since 1947 has been best ever for any government,” the finance minister said.