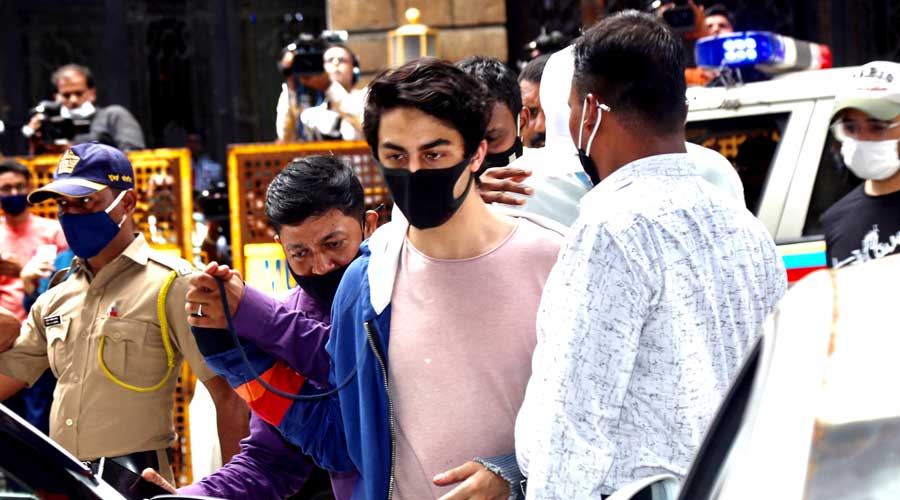 The National Investigation Agency has formally taken over the investigation of the seizure of nearly 3,000kg of heroin from the Adani-operated Mundra port in Gujarat on September 16.

The Congress had asked that a sitting Supreme Court judge probe the drug haul, said to be the largest anywhere in the world in recent memory.

“The case relates to seizure of 2988.21 Kgs of Narcotics substance (heroin) seized at Mundra Port, Gujarat disguised as consignment of ‘Semi-processed Talc stones’ originating from Afghanistan which had arrived from Bandar Abbas Port, Iran,” an NIA statement said on Wednesday night.

Last week, Congress veteran Digvijaya Singh had demanded a judicial inquiry, saying he had no faith in the NIA. He had alleged that some BJP leaders were involved in drug smuggling.

The Congress has alleged that Saturday night’s Narcotics Control Bureau (NCB) raid on a cruise ship in Mumbai and the subsequent arrests, including that of actor Shah Rukh Khan’s son Aryan, were an attempt to deflect attention from the Mundra seizure.

Nationalist Congress Party (NCP) spokesperson Nawab Malik on Wednesday alleged that BJP members were involved in the NCB raid and named Manish Bhanushali, who he said was “vice-president of some wing of the BJP”.

Malik said Bhanushali was the man shown in a video escorting Arbaaz Merchant, a friend of Aryan who too has been arrested, to the NCB office in Mumbai. Malik showed photos of Bhanushali with senior BJP leaders.

Malik said that another outsider, a man named K.P. Gosavi, had escorted Aryan to the NCB office and clicked a selfie with him. After the selfie went viral, the NCB issued a clarification saying the person (Gosavi) had nothing to do with the agency.

Malik on Wednesday shared a screen shot of Gosavi’s Facebook profile where the latter claims to be a “private detective agent”.

NCB deputy director-general Gyaneshwar Singh said the two men named by Malik were independent witnesses. “Some allegations levelled against the organisation are baseless and seem to have been done with malice,” he said.He denied that people with BJP links were part of the raid.

News agency ANI quoted Bhanushali as saying: “Malik has put wrong allegations against me. BJP has nothing to do with it (the arrests)…. I received information on Oct 1 that a drugs party was to be held. I was with NCB officers (at the ship) for updated info.”