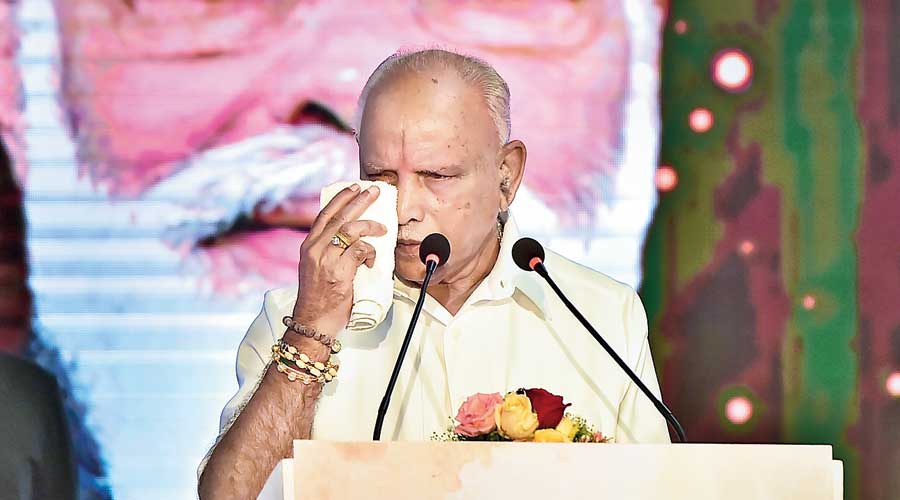 A legislature party meeting has been scheduled today at 7 pm at a private hotel to initiate formal process to replace B S Yediyurappa
File Picture
Our Bureau, PTI   |   Bengaluru   |   Published 27.07.21, 02:57 PM

Initiating the formal process to replace B S Yediyurappa, who resigned as Chief Minister, the BJP central leadership has directed the state unit to convene a meeting of the legislature party here on Tuesday evening.

“There is a legislature party meeting today at 7 pm at a private hotel,” Basavaraj S Bommai, who served as Home Minister in the dissolved B S Yediyurappa Cabinet, told reporters here.

After this, a meeting of the BJP Parliamentary Board will be held where a final decision (on the new Chief Minister) will be taken, he said.

Yediyurappa on Monday resigned his post exactly on the day he completed his two years in office.