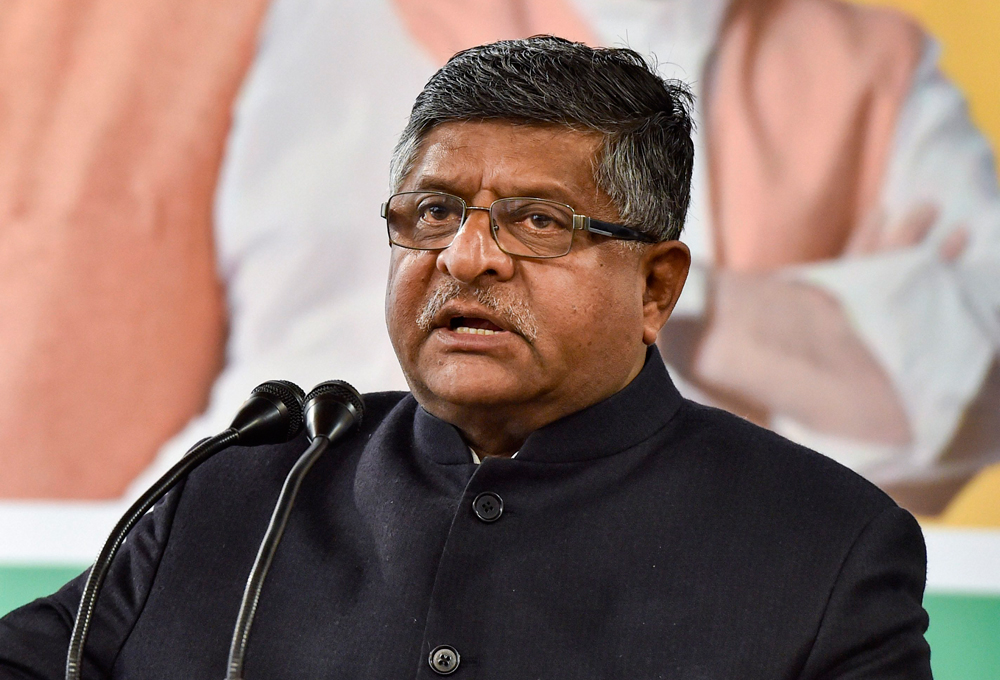 Law minister Ravi Shankar Prasad on Monday said a few hundred people at Shaheen Bagh were seeking to “suppress the peaceful majority”, making it clear the BJP was trying to use the six-week-old protest to polarise voters ahead of next month’s Delhi elections.

Prasad also said the protesters were providing a platform to the “tukde-tukde gang” in the garb of opposition to the Citizenship (Amendment) Act.

The assertions came two days after home minister Amit Shah had asked supporters at a rally to press the button beside the “lotus” — the BJP’s election symbol — so hard on February 8 that the current travels to Shaheen Bagh and forces the squatters to leave.

The women of Shaheen Bagh, on the west bank of the Yamuna in Delhi, began their sit-in on December 15, the day police went on the rampage at the Jamia Millia Islamia university nearby in pursuit of alleged arsonists.

“Shaheen Bagh is emerging as a textbook case of a few hundred people seeking to suppress the peaceful majority,” Prasad told the media at the Delhi BJP office. “This is the true face of Shaheen Bagh and bringing it in front of the country is very important,” he said, adding that Congress leader Rahul Gandhi and chief minister Arvind Kejriwal were silent on the issue.

Prasad claimed the Shaheen Bagh protest was inconveniencing citizens, with children unable to reach schools, shops closed and even ambulances getting blocked. “Lakhs of people are silent but are facing harassment. Why is their silence not being heard?” he said before going on to link the anti-CAA protest with the Delhi polls. “What kind of Delhi do people want? Do they want a handful of people to block everything for their votes? Or a Delhi where everyone gets respect and firm action is taken against the tukde-tukde gang?”

Prasad said the Shaheen Bagh protest was providing a platform to the “tukde-tukde gang” — a Right-wing coinage for liberals and Leftists — and the primary target was Prime Minister Narendra Modi. “This protest is not just against the CAA, it’s a protest against Modi,” he said.

The BJP, on a weak footing ahead of the polls, has been harping on Shaheen Bagh in what is clearly an attempt to polarise voters. Shah has been flagging it at every public meeting, indirectly seeking to turn the Delhi polls into a referendum on Shaheen Bagh.