Rahul Gandhi slammed the BJP MP over her statement 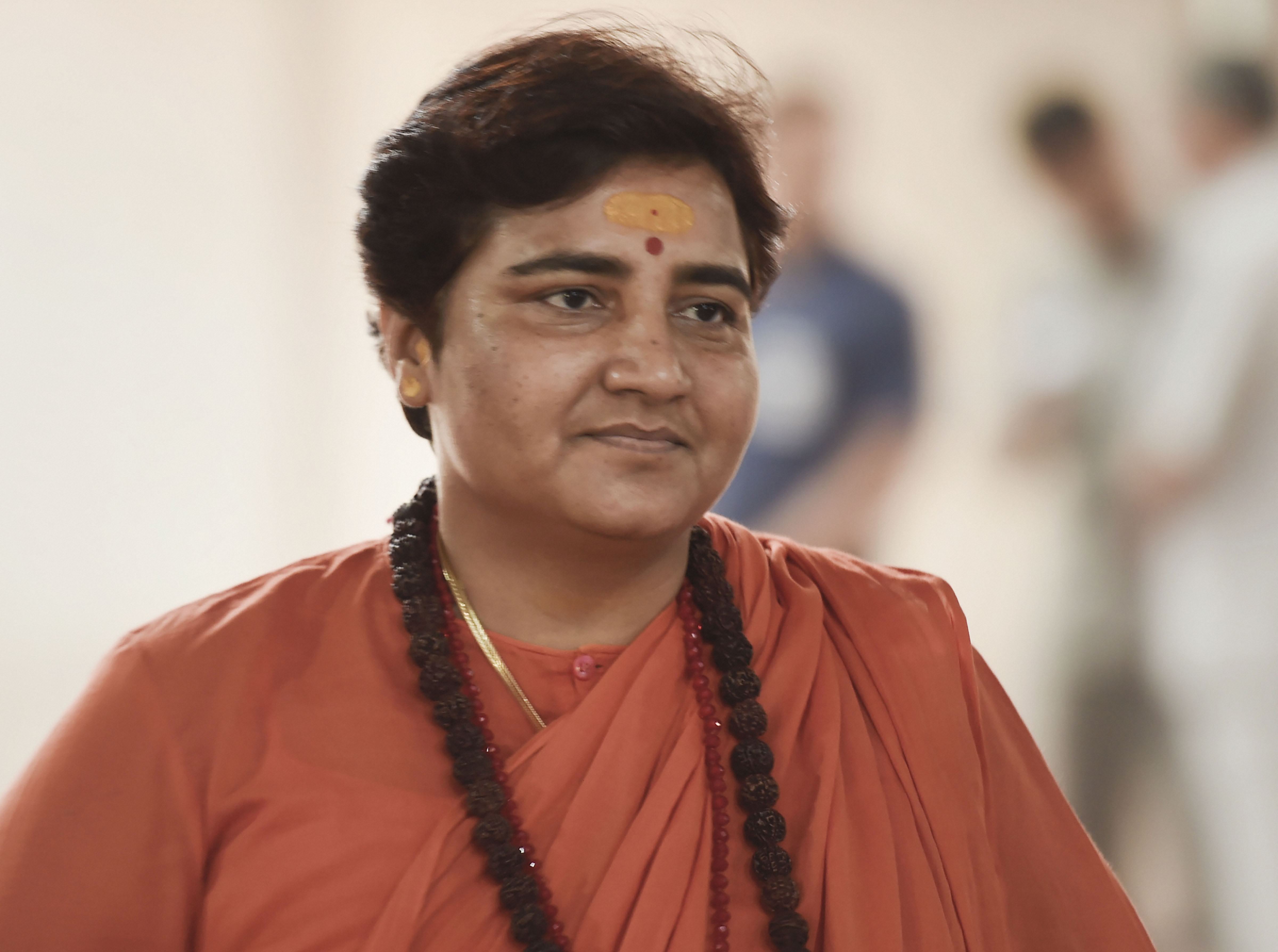 The BJP on Thursday barred MP Pragya Thakur from attending its parliamentary party meeting in the ongoing Parliament session and removed her from the consultative committee on defence.

Thakur had referred to Godse as a 'deshbhakt' (patriot) a day earlier in the Lok Sabha during a debate on SPG bill.

BJP working president J. P. Nadda announced the disciplinary action against her and condemned the Bhopal MP's remarks in a bid to defuse the political crisis triggered by her remarks in the Lok Sabha on Wednesday.

Nadda also said that Thakur will be removed from the consultative committee on defence, to which she was recently appointed.

'The statement given by MP Pragya Thakur is condemnable. The BJP never supports such statements and we do not support this ideology. We have decided that Thakur will not attend the BJP parliamentary party meetings during the session,' he told reporters.

Thakur made the controversial remarks during DMK member A. Raja's narration of a statement by Godse before a court on why he killed Mahatma Gandhi.

However, after Opposition members protested against Thakur's remarks, Lok Sabha Speaker Om Birla said only the DMK leader's speech during the discussion on the Special Protection Group (Amendment) Bill will go on record.

The members of the Opposition party said Thakur's remarks were a 'perfect representation' of the BJP's 'deplorable hate politics'.

Congress leader Rahul Gandhi tweeted that 'terrorist' Pragya (she is an accused in the Malegaon blast) is calling Godse a patriot and that it is a 'sad day' in the history of Parliament.

A sad day, in the history of
India’s Parliament.

'We are very clear about it that we condemn her statement and we do not support this ideology,' Nadda, who was accompanied by parliamentary affairs minister Pralhad Joshi, said.

During the Lok Sabha election campaign, Thakur had described Godse as a patriot, triggering a huge political storm.

Later, she had apologised for her statement.

Modi had said that the remarks made about Gandhiji or Nathuram Godse were very bad and very wrong for the society. 'She has sought an apology but I would never be able to forgive her fully,' he had said.

'Nathuram Godse was a 'deshbhakt', he is and will remain a 'deshbhakt'. Those calling him a terrorist should instead look at themselves. They will be given a befitting reply in this election,' the controversial leader had said while attending a roadshow.

The BJP had immediately got into damage control and distanced itself from Thakur's statement and asked her to tender a public apology.