BJP carpet-bombed: Red and green only options for Bengal rally 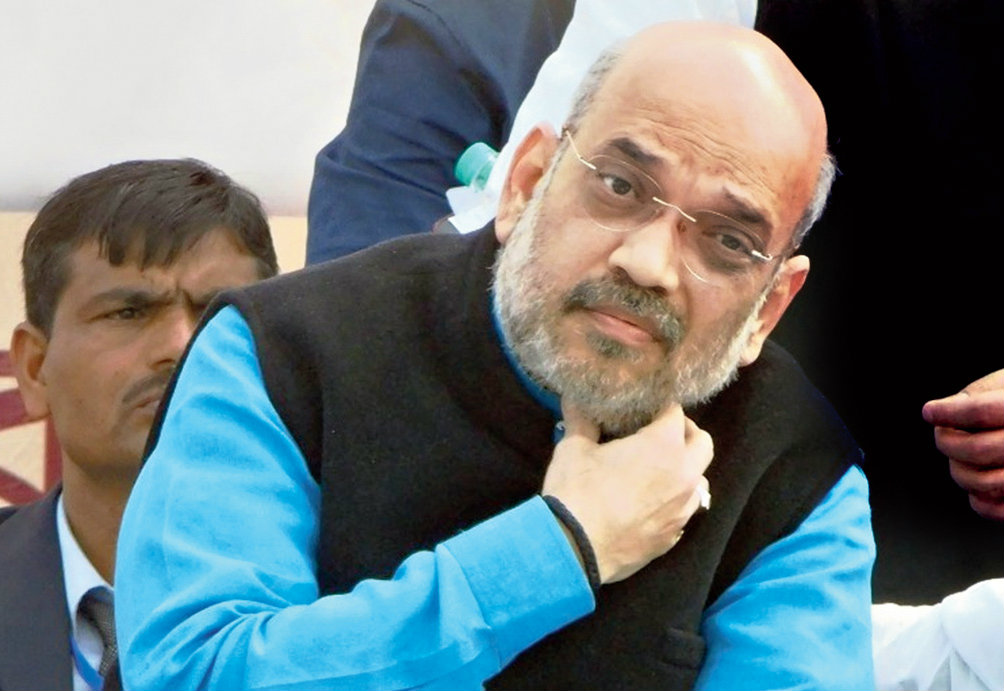 Birbhum was all set to give Amit Shah a taste of Bengal’s famed hospitality and roll out the red carpet when word spread that the BJP president had cancelled his visit to Suri on Wednesday.

Just as well, feel local BJP leaders, precisely because they have been dreading the prospect of rolling out carpets that are red and green, but not saffron, to greet the party chief.

The red and green carpets will now lie in wait for Smriti Irani, the Union minister who is being parachuted to replace Shah at a public meeting in Suri, unless the local BJP’s eleventh-hour efforts pay off.

Irani should not take offence at the politically incorrect colours. The local BJP leaders did leave no decorator unturned in their search for saffron carpets.

The results were illuminating: no decorator in the area stocks saffron carpets. Not because of any political bias but because of the purely business reason of no demand for such carpets.

Over to Rathin Mondal, the decorator assigned to prepare the dais for the BJP rally in a paddy field: “Green is required almost all the time now. Red too, sometimes. But saffron is almost never in demand…. I am not making any political allusion.”

Mondal said: “I don’t have any carpets in saffron. Nobody else here does either. So I told the organisers they would have to make do with green or red. They eventually agreed.”

In Bengal’s political lexicon, green now stands for the Trinamul Congress because of its botanical poll symbol although the favourite colours of the chief minister are blue and white. Red, of course, is shared by the Left parties.

Mondal has given 1,600sqft of green carpet for the dais and 500sqft of red carpet for the path leading to the stage. The break-up suggests Irani and other BJP leaders will now have to walk over swathes of red first and then spend time with green for the entire duration of the meeting.

Ramkrishna Roy, the Birbhum unit chief of the BJP, pleaded helplessness. “What can we do if no decorator has saffron carpets?” he asked. “We are still trying to find somebody who does. Otherwise, we will make do with the green and the red.”

Another district leader of the BJP said: “Unfortunately, we are having to use green carpets on the dais — hoping it would not be noticed by the crowds and the media — and the red carpets for the approach way.”

“We are really unhappy. Saffron means a lot to us. Using red or green is a compromise and bad optics. The chief (Shah) would not have been pleased had he come here,” the local leader added.

It could not be confirmed independently whether Shah is particular about such matters. If so, someone forgot to brief him about Mamata Banerjee’s preferred colours. At the rally Shah addressed on Tuesday in Malda, he was wearing a blue shirt.

But political Bengal is colour conscious. The demand for any particular colour of political accessories has reflected the fortunes of the parties.

“Since 2009-10 (by when Mamata’s ascent to power was all but certain), the demand for green carpets has risen exponentially. Largely because Trinamul did not want red in its events. That’s when most of us stocked up on green carpets,” said a decorator in Bolpur.

“I don’t know anybody in the district who can supply even a hundred square feet of saffron carpet. Some blue, perhaps. Blue has been used a lot in government programmes after Trinamul came to power,” he added.

The Trinamul leadership in the district did not miss the opportunity to rub salt into the carpet wound and cite market economics.

“If the BJP had any base here, the decorators would have on their own bought some saffron carpets in anticipation of demand,” said Birbhum Trinamul chief Anubrata Mondal.

No one can hold back rathyatras: Amit Shah