BJP claims Centre set up 2 colleges a day since 2014, devil lies in detail

The avowal is not borne out by official data, unless one counts all state and private colleges too and credits the Modi govt for their establishment 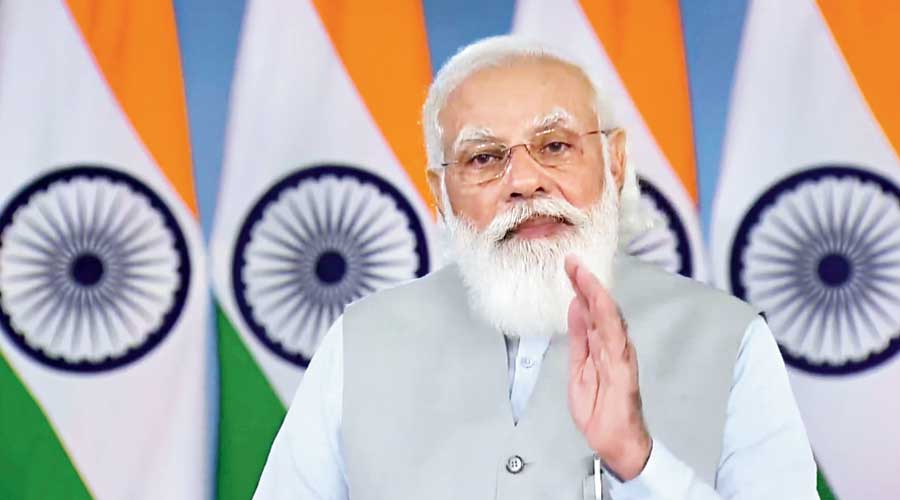 The BJP’s claim that the “Modi government set up two colleges every day since 2014” is not borne out by data published by Narendra Modi’s own administration.

That is, unless one counts all the colleges set up by the state governments and private players too and credits the Narendra Modi government for their establishment.

Focusing on higher education, Modi government has set up two colleges every day since 2014.

(The All India Survey on Higher Education or Aishe is conducted annually and gives figures up to September 30 for a particular year. The figures for the year 2013-14, for instance, describe the situation up to September 30, 2013.)

Instead, it established 72 institutions — assuming for argument’s sake that the UPA did not set up even one in the period between October 1, 2013, and May 26, 2014. This is less than 1.84 per cent or a fifty-fourth of the two-a-day figure.

The survey seems to have somehow missed the “forensic university” mentioned in the tweet while the “Rail & Transport University” came into being after September 30, 2019, when the survey period ends.

The BJP seems to have arrived at the two-a-day ratio by attributing to the central government the credit for all the institutions set up between September 30, 2013, and September 30, 2019. A graphic showing the findings of the relevant Aishe surveys was attached to the tweet.

However, an education ministry official clarified to The Telegraph that each of these colleges had been established by a state government. “Some of them get funds from the University Grants Commission for certain infrastructural facilities but they are largely managed by the states,” the official said.

Even adding these 1,335 colleges to the 72 new central institutions raises the figure just above one-third of the six-year target of 3,906.

Educationists said the Centre could claim no credit for the market-driven boom in private colleges, and added that most of these institutions were substandard, anyway.

“These days, every school board records a 90 per cent pass rate in Class XII. So there’s a huge pool of candidates looking for higher education opportunities. The private sector has come up with institutions to fill this gap,” said G.R.C. Reddy, former director of NIT Warangal.

“The quality of education in most private institutions is substandard,” he added.

S.S. Mantha, former chairperson of the All India Council for Technical Education, said: “There’s been a sharp increase in the number of colleges because of initiatives by the private sector and the state governments. They must be given equal credit.”

He expressed concern at the steady decline in the Centre’s spending on higher education.