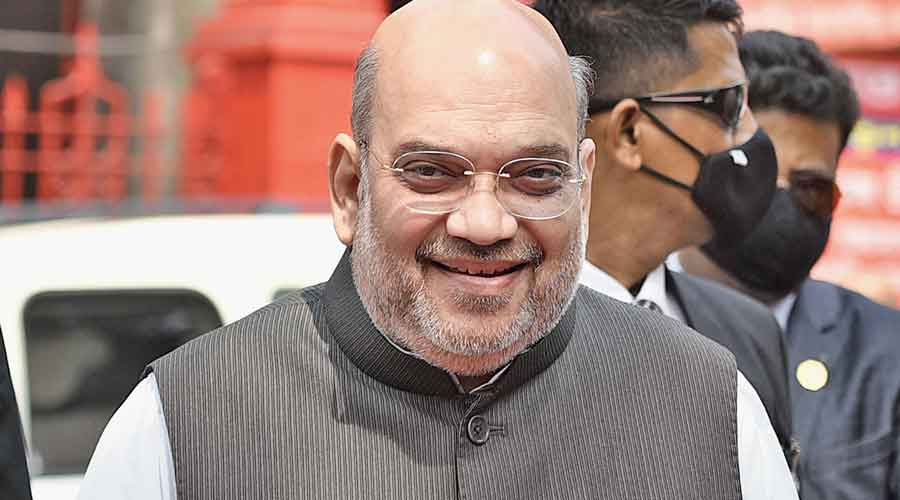 Union Home Minister Amit Shah on Monday paid tributes to revered tribal icon Birsa Munda on his birth anniversary, describing him as a symbol of patriotism and valour.

Shah also congratulated the people of Jharkhand on the occasion of the state's foundation day and said the Modi government is continuously working for the development of this "sacred land" of Munda.

"Birsa Munda ji, a symbol of patriotism, valour and the devout, gave a new direction to the society by starting the 'Ulgulan' movement against foreign rule for the protection of tribal identity and rights. His struggle and dedication for the protection of 'Swadharma' and 'Swadesh' is commendable," Shah said in a series of tweets in Hindi.

He said Prime Minister Narendra Modi has given due respect to the contribution of tribal heroes by celebrating the birth anniversary of 'Dharti Aaba' Birsa Munda as 'Janjatiya Gaurav Divas' to make the glorious history and cultural heritage of the tribal community memorable.

He also wished everyone on the occasion of 'Janjatiya Gaurav Divas'.

Jharkhand was formed on Munda's birth anniversary in 2000.

Born in the tribal belt of the undivided Bihar in 1875, Munda rallied tribals against the British colonial rule and conversion activities and died in 1900 in Ranchi jail.

The 'Ulgulan' was a movement started by Munda against the exploitation and discrimination against tribals by the then British authorities.