Cabinet notification confirming the convening of session yet to be issued 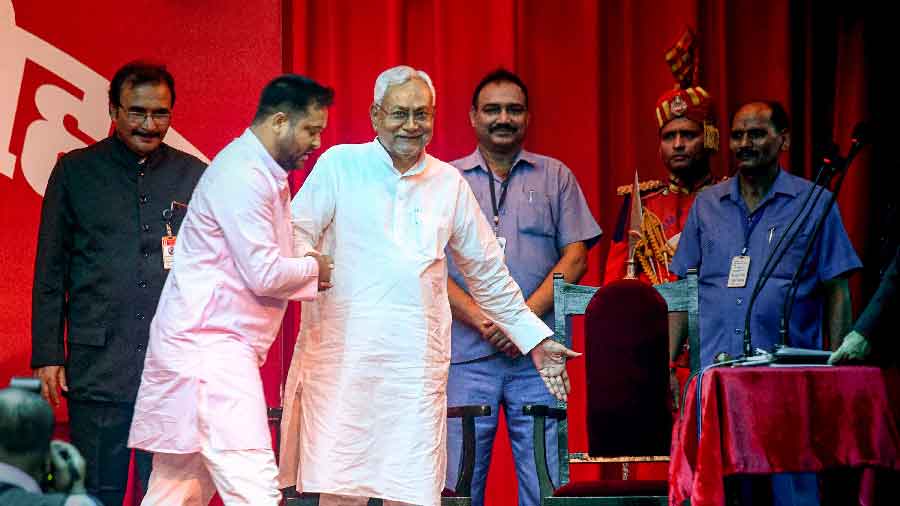 Bihar Assembly Speaker Vijay Kumar Sinha on Thursday said he has approved a request from the office of Chief Minister Nitish Kumar to hold a special session on August 24.

The new government is set to prove its majority on the floor of the House on that day.

Sinha, a senior BJP leader against whom MLAs of 'Mahagathbandhan' have moved a no-confidence motion, also said that he was visiting Delhi but refused to divulge whether a meeting with top leadership was on the cards.

"I have given my approval to the letter received from the chief minister's office. I am going to Delhi and will be back the day after tomorrow. I do not want to say much since I hold a constitutional post," he told reporters.

According to sources in the new ruling alliance, comprising RJD and Congress, besides Kumar's JD(U), and supported by the Left from outside, the schedule of the new session was discussed at a meeting of the two-member cabinet held on Wednesday, shortly after the chief minister was sworn in again, and Tejashwi Yadav returned as his deputy.

A cabinet notification confirming the convening of the session on August 24 is, however, yet to be issued and the sources said it may await expansion of the council of ministers which is likely next week.

The CM had, earlier in the day, told reporters that cabinet expansion will take place after August 15 .

Meanwhile, Congress members in the state said they were awaiting the decision of top leaders Sonia Gandhi and Rahul Gandhi on the party's representation in the new cabinet.

The number and names are always decided at their level. We are awaiting their word, said Congress Legislature Party leader Ajeet Sharma.

The new cabinet is expected to have about 35 ministers, 16 of whom would be likely from the RJD, which has the largest number of MLAs, followed by 13 from the JD(U), four from Congress and one from HAM.

An Independent, who was a minister in the NDA government but quit the alliance along with Kumar, may get a berth.