His emphasis on strengthening the party at the booth level is being seen as a step to counter the BJP, which has a strong organisation of workers at the polling booths 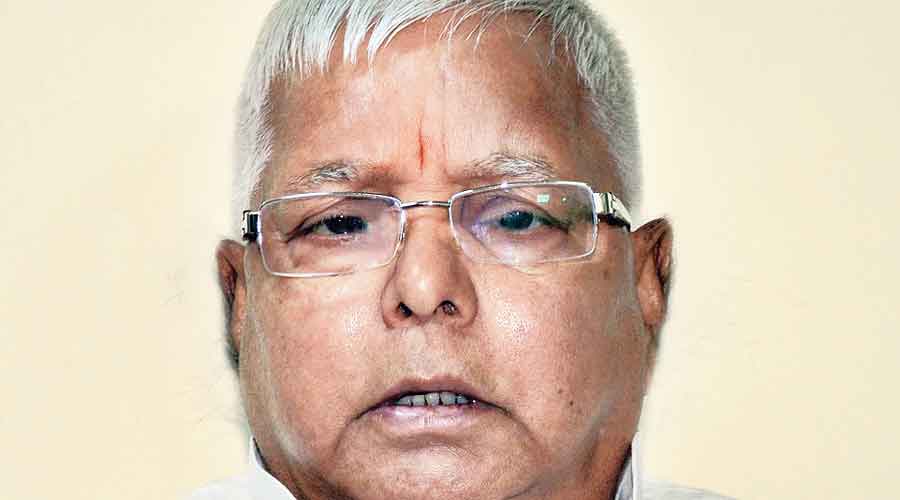 Rashtriya Janata Dal (RJD) president Lalu Prasad has asked his workers to “go green” to strengthen the party in Bihar.

Addressing party workers virtually on the final day of a two-day training camp in Patna on Wednesday, Lalu said: “Discipline is very important. Everybody should wear green caps just like the (red) caps of Samajwadi Party (of Uttar Pradesh), keep green gamchas with them and hoist green flags on their houses. The caps and gamchas are like our party’s licence. They will let government officials know that you are an RJD worker. The flags will establish our identity.”

Asserting that the steps will inculcate discipline, unity and brotherhood among the party members, Lalu further asked them to “organise like the Left parties so that the RJD becomes stronger on the ground and the polling booths”.

“Our party has such a huge public base in the state, yet our workers fail to show promptness at the polling booths. The public base of the Left parties is lesser than us, but their organisation is very strong because their leaders and workers have to regularly attend training camps,” Lalu said.

“We also must hold regular training camps. We need to strengthen our organisation just like the Left parties. We need to have RJD workers at the booth level so that they could work vigorously and spare time for the party,” Lalu added.

His emphasis on strengthening the party at the booth level is being seen as a step to counter the BJP, which has a strong organisation of workers at the polling booths.

The leader, known for his rustic charm, also iterated that he would return to Bihar soon and tour all 38 districts to fight against the incompetent governments in the state and at the Centre.

“I will come to Bihar very soon and tour each district in the state. We will fight against the state and central governments. Our party was defeated by unfair means in the 2020 Assembly elections,” Lalu said.

The RJD chief is staying in New Delhi with his daughter and Rajya Sabha member Misa Bharti due to poor health after getting bail in fodder scam cases. His wife — former chief minister Rabri Devi — is also staying with them.

The RJD workers, leaders and office-bearers from the block to district level attended the training camp. Lalu said that speeches delivered by the leaders at the training camps would awaken and broaden the mental horizon of the workers.

Asserting that his younger son Tejashwi Prasad Yadav has emerged as a strong leader and has been accepted by all the party workers and leaders, the RJD chief asked everybody to prepare for the future polls by demanding a caste census.