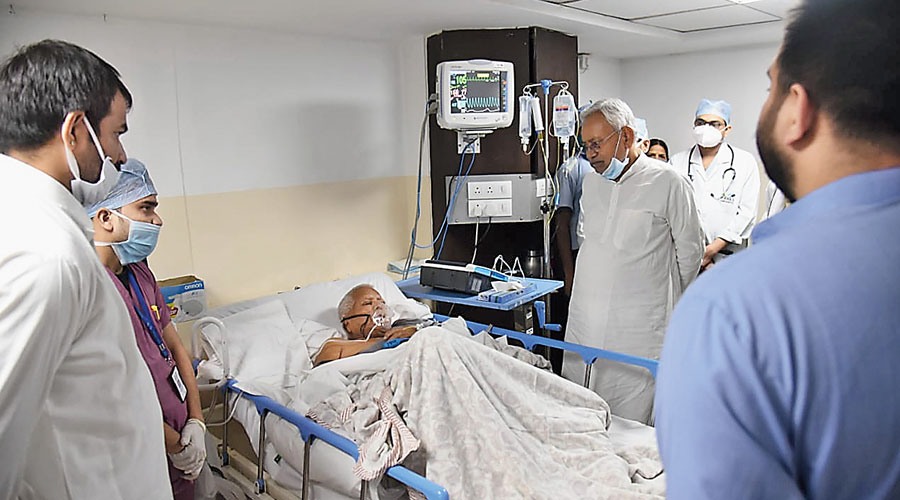 Bihar chief minister Nitish Kumar visited Rashtriya Janata Dal (RJD) leader Lalu Prasad before the former chief minister was shifted to Delhi in an air ambulance on Wednesday and admitted to the All India Institute of Medical Sciences (AIIMS).

“My relationship with Lalu Prasadji is from a young age. I had called and enquired about his health after getting information that he was ill. I came to see him at the hospital on Wednesday. His condition has improved and he is going to Delhi for better treatment. We pray to God for his speedy recovery and health,” Nitish said after visiting the hospital.

Rabri, Tejashwi and his wife Rachel Yadav flew to Delhi before Lalu Prasad was taken to the capital. Misa accompanied him.

Lalu was admitted in the ICU of a private hospital in Patna after becoming unconscious and having breathing trouble on Monday. A day earlier, he had fractured his right shoulder and suffered other internal injuries after tripping on the stairs at his residence.