Fire tenders, chemicals and personnel have been assembled to tackle the menace: Govt 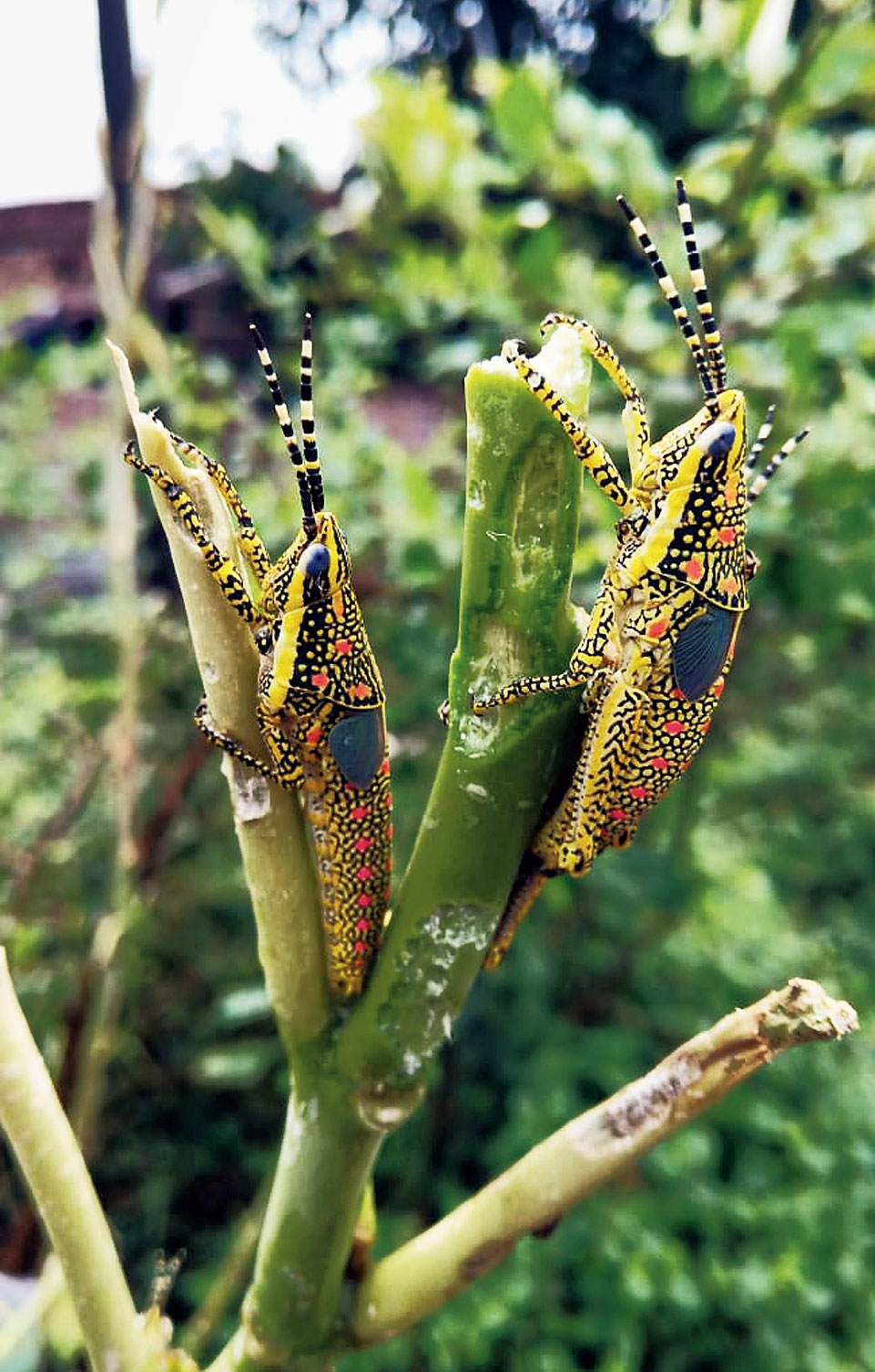 The Bihar government has sounded a high alert after locust swarms started arriving in some districts along the border with Uttar Pradesh.

The state agriculture department conducted operations in Kaimur district on Thursday night and Friday to kill the insects.

“We have sounded a high alert in the state over the arrival of locust swarms. Leaves of officials have been cancelled. We have put special focus on Kaimur, Rohtas and Buxar districts as they are contiguous to Uttar Pradesh,” state agriculture minister Prem Kumar told The Telegraph.

Kumar said fire tenders, chemicals and personnel have been assembled in appropriate numbers to tackle the menace.

“Operations have been conducted at a few places to kill the insects that feed on the leaves of trees, plants, bushes and saplings,” he said.

“We tracked them and they landed on trees at a few places in Chand and Chainpur blocks on Thursday night. Our teams of around 30-35 people, using five fire tenders, sprayed insecticides and destroyed them. These were small swarms consisting of upto 10,000 locusts. The operation continued till today (Friday) afternoon as heavy rains ensured the insects could not fly away and took shelter in the trees,” Kaimur district agriculture officer Lalita Prasad said.

The swarms of locusts are said to have originated from northwestern areas of the subcontinent and parts of central Asia and migrated towards India in search of food and conducive environment for breeding.

“We are waiting for the locusts to arrive in our district. Our teams are ready to track the insects according to the wind directions provided by the meteorological department. The locusts cannot fly against the wind. We expect to stop and destroy the swarms in our district,” said Santosh Kumar, assistant director for plant protection, Rohtas district.

Teams of officials have been kept ready in Aurangabad, Buxar, Bhojpur, Saran, Siwan and Gopalganj districts to kill the locusts. An advisory has been issued for the farmers on what to do if the locust swarms arrive in their areas.