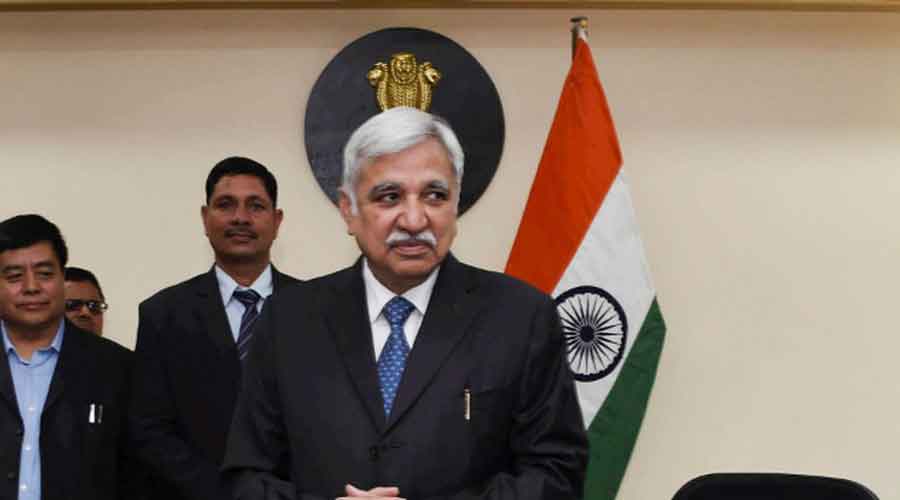 The Election Commission on Tuesday clarified that the schedule of the visit of the three election commissioners to Bihar will be announced in the next couple of days. This will precede the declaration of poll dates.

The Bihar polls will be a test case for the commission as the first full-fledged election to be conducted under the new norms put in place after the Covid-19 pandemic. This includes increasing the number of polling stations and counting centres, regulating rallies to ensure social distancing and sanitation, and offering the postal ballot to more voters than ever before.

In a webinar on Monday on conducting polls during the pandemic which several election bodies from other countries attended, Chief Election Commissioner Sunil Arora said that Covid has compelled the commission to revisit its existing norms, and the number of polling stations have increased from 65,000 to 1 lakh in Bihar with 7.29 crore voters.

A press release from the EC on Monday said, “CEC mentioned that the Commission would take a decision within the next two to three days, on visiting Bihar.”

After reports that poll dates were going to be announced soon, the EC clarified on Tuesday: “Please note that Commission’s schedule of visit to State of Bihar has no correlation with announcement of dates of Bihar Elections.”

An EC official told this paper that the dates of Arora’s visit have still not been finalised.

The EC is considering a request of the BJP to increase the spending cap from the current Rs 28 lakh per candidate, to account for the higher number of rallies that would have to be conducted to reach voters. In July, the state’s Opposition parties had asked the EC to reconsider conducting polls during the pandemic.

The release said, “Inaugurating the Webinar, Hon’ble Chief Election Commissioner of India and Chairperson, Shri Sunil Arora spoke of the ‘ predicament’ faced by Election Management Bodies across the world — whether and how to hold scheduled elections in a state of public health emergency. He said the contextual framework of every country was different, the extent and trajectory of the disease varied and so did the capacity of each country to respond to the novel coronavirus and its catastrophic impact. He mentioned countries such as South Korea, Australia, Malawi, Taiwan, Mongolia and many others who went ahead with scheduled elections even as they put in place the enormous arrangements required to ensure the health and safety of people while conducting election.”

An official claimed that the EC which was keen on showcasing India’s ability to conduct polls in difficult circumstances is also now mindful of the need to show that it has done everything in its power to prevent the spread of Covid-19. “To my understanding, the CEC’s message is that we have to be more prepared, rather than hasty,” he said.

Last month, the Supreme Court dismissed a plea to postpone polls to the Bihar Assembly — whose term expires on November 29 — due to the spread of Covid-19 and floods. The EC has clubbed 64 bypolls in several states along with Bihar, which is expected to be held in multiple phases.