One of the attackers was lynched after the incident 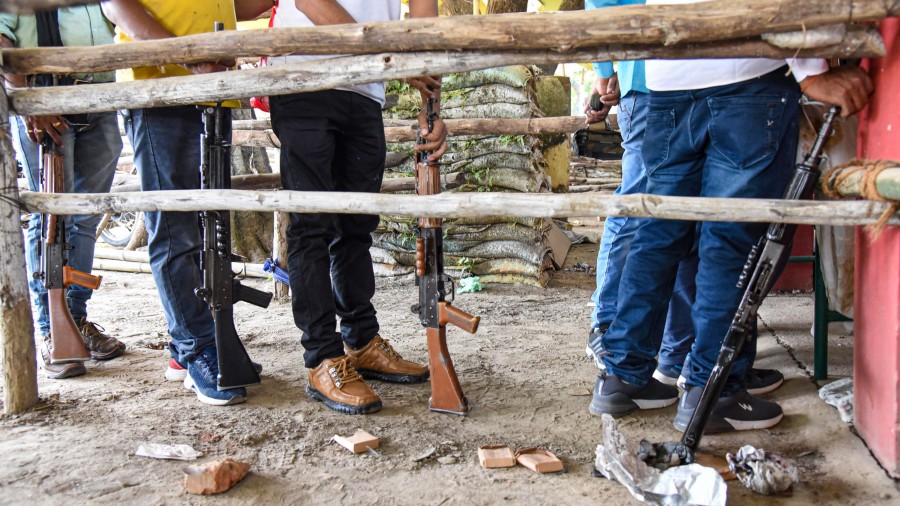 Armed men in the guise of supporters shot dead a Janata Dal Rashtravadi candidate from Sheohar Assembly constituency and his aide on Saturday night while they were coming back after daylong campaigning.

One of the attackers was lynched after the incident, prompting Rashtriya Janata Dal (RJD) leader Tejashwi Prasad Yadav to stress the deterioration in the law and order situation in Bihar.

Shrinarayan Singh, 45, and his aide were killed near Hathsar village under Puranahiya police station in the district. Eyewitness accounts suggest the presence of 10 to 15 attackers armed with pistols. They fired at Singh and his supporters from behind while they were returning from the village on foot.

The Shoehar seat holds importance because jailed don Anand Mohan Singh’s son Chetan Anand is contesting on an RJD ticket while the current Janata Dal United (JDU) MLA Muhammad Sarfuddin is trying to get re-elected from there.

“We are yet to receive the post-mortem report, but prima facie, it seems Srinarayan Singh was hit by two to three bullets, which led to his death. A villager also got shot and died in the incident. We have detained a few people for questioning. Raids are being conducted and we hope to crack the case soon,” Sheohar superintendent of police (SP) Santosh Kumar told The Telegraph on Sunday.

The deceased was a known muscleman and an accused in over 30 criminal cases, including murder, attempt to murder, and loot. He was associated with former ganglord Santosh Jha and had a wide influence among the voters belonging to the upper castes.

Singh had been in politics for a long time. He was a former mukhiya of Nayagaon panchayat and a former member of the district board. His family members have been mukhiyas of the panchayat since 2001 and his mother holds the post at present.

Police have been unable to identify the alleged attacker who was nabbed and lynched by Singh’s supporters. However, they said that the killing could be a fallout of a gang war. “We have got leads that the killing is a fallout of the rivalry between criminal gangs. We will reveal everything once the investigation is over,” Kumar said.

RJD leader Tejashwi condemned the incident and demanded a high-level inquiry to bring the culprits to book.