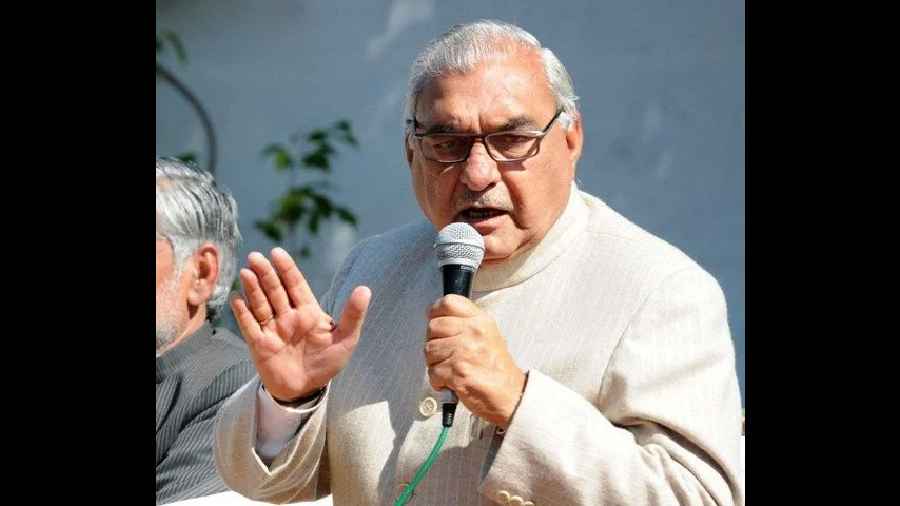 Kumari, a Congress Working Committee (CWC) member and former president of the party's Haryana unit, is learnt to have lodged a complaint against Hooda, also the Leader of Opposition in the state, with the party high command and also demanded a show cause notice against him.

Apart from Hooda, two other members of the G-23 Anand Sharma and Prithviraj Chavan on Tuesday met Azad at his Delhi residence, days after the leader from Jammu and Kashmir resigned from the party, blaming its leadership.

Kumari has raised the matter with some senior party leaders, including All India Congress Committee Haryana in-charge Vivek Bansal.

When asked for a comment, Selja told PTI over the phone on Thursday, "I have said that Mr Hooda going there and meeting Mr Azad when he has left the party, blamed the leadership and even made personal comments against our leaders, disheartens the party rank and file and also confuses them".

"He (Azad) has chosen a path and left the party. But once the die is cast, the person has left the party and has already announced floating his own party, what is the point of him (Hooda's) going to his Azad's house," she sought to know.

Selja, considered Hooda's bete noire, is also learnt to have told the party high command that such a development was not acceptable even though the former Haryana chief minister had been given a free hand in running the affairs of the Congress' state unit.

Hooda is among the G-23 leaders who had in a letter to the Congress president in August 2020 sought an organisational overhaul and elections at all levels.

He, along with Sharma and Chavan are learnt to have held discussions with Azad regarding the G-23's future strategy.

The Congress had in April revamped its Haryana unit, appointing former legislator and Hooda loyalist Udai Bhan as its president, replacing Selja, who was later made a CWC member.

As part of the reorganisation, the party had also appointed four working presidents.