The initiative, which began on January 21, is expected to fetch good results while providing gainful employment to the community 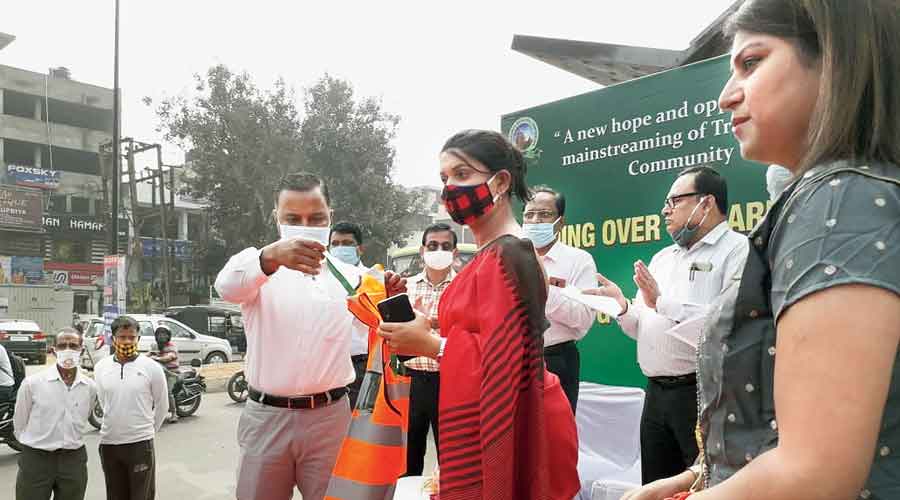 The Bhubaneswar Municipal Corporation (BMC) has roped in transgenders to collect parking fees from vehicle owners at major parking lots in the city.

The initiative, which began on January 21, is expected to fetch good results while providing gainful employment to the transgender community.

Bhubaneswar Municipal Corporation commissioner Prem Chandra Chaudhary said: “The members of transgender community are involved in various works of the BMC. Earlier, we had involved them in revenue collection. They did a good job. Now we have decided to give them the job of collecting parking fees. We had a meeting with the transgender community in this regard earlier.”

“We have confidence in the members of the community who work very efficiently. They have already proved their mettle by collecting Rs 2 crore as taxes from major revenue defaulters last year,” BMC deputy commissioner Srimant Mishra told The Telegraph.

He added: “We have only taken nominal security deposits from them as our aim is to empower the community and strengthen their livelihood. The parking fee collection job has been entrusted to them on a pilot basis for two months. If the experiment is successful, we will extend it further. In the first phase, around 17 transgenders will benefit from the move and later 36 more will be engaged for the purpose. They will be given uniforms and required equipment so that vehicle owners can identify them.”

Earlier, a tender had been invited to allot the parking lots. However, because of the coronavirus pandemic, it failed to get any response. No one turned up to run these parking lots with the auction money of Rs 44 lakh.

Later, the transgender community members had approached the civic authority to hand over the parking lots to them but they asked for concessions as they did not have the requisite money to participate in the tender process.

Meghna, a member of Swikruti, a transgender help group, said: “When the tender for the parking lots was invited, we did not have the required 40 per cent money to deposit with the BMC. Then we approached the commissioner and he helped us. Now we have decided to deposit the money with the BMC on a weekly basis.”

The corporation is hopeful that besides the economic empowerment of transgenders, the move will reduce the number of conflicts and violent incidents taking place at parking lots over fees.

“People will be hesitant to argue with transgenders. They will listen to their request to pay the money,” said a BMC official.