Police, however, has not confirmed his escape 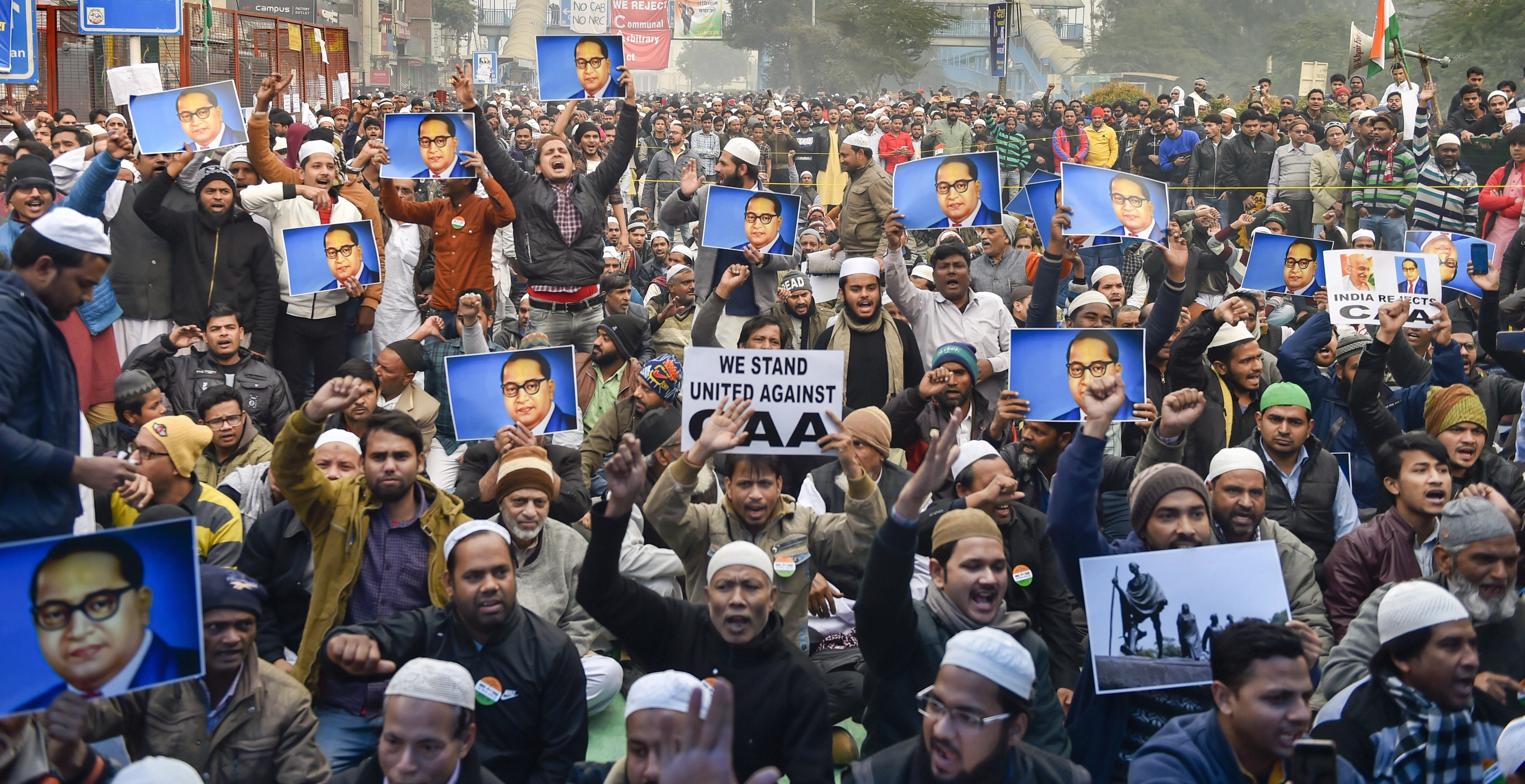 The Bhim Army claimed its chief Chandrashekhar Azad was on Friday 'caught' by police but escaped near Daryaganj during a protest march from Jama Masjid to Jantar Mantar.

However, there was no official confirmation from the police.

According to the Bahujan organisation, the police tried to escort Azad away at Jama Masjid but he managed to get away. However, he was 'caught' later near Daryaganj but escaped from there too, it said.

The protest march led by Bhim Army against the citizenship law, despite the police denying permission to it, comes a day after thousands of students, activists and opposition leaders hit the streets in the national capital defying security clampdown and prohibitory orders.

Thousands of people held a massive protest near the historic Jama Masjid in central Delhi on Sunday, shouting slogans and holding placards voicing their anguish against the new citizenship law amidst heavy deployment of police and paramilitary forces.

A large number of people joined the demonstration after attending the Friday prayers at the mosque. Bhim Army chief Chandrashekhar Azad, holding up a copy of the Constitution, was leading the protesters.

Some protesters were carrying posters of B, R. Ambedkar, Kanshi Ram and Bhagat Singh.

Delhi police had denied permission to hold any protest in the area.

Protests were also witnessed in several other areas in the national capital including in northeast Delhi's Seelampur, the site of large scale violence by protesters on Tuesday.

People carrying out a march from Jama Masjid to Jantar Mantar were stopped near Delhi Gate as police barricaded all the arterial roads in the area, triggering traffic jams.

Azad had given the call for the protest march from Jama Masjid to Jantar Mantar. Considering sensitivity of the situation, Rapid Action Force was deployed in the area.

The Delhi Metro Rail Corporation (DMRC) closed at least four metro stations in view of protest in the national capital against the Citizenship (Amendment) Act.

Entry and exit gates of Chawri Bazar, Lal Quila, Jama Masjid and Delhi Gate metro stations were closed to stop movement of protesters in the area. Police deployed drones to keep a vigil on the gathering.

Mobile internet services were suspended in several parts of Delhi on Thursday to quell the swirling agitation.

Earlier on Friday, security forces carried out a flag march in Seelampur.

Prohibitory orders were imposed in 12 police station areas of Northeast Delhi, officials said, adding police used drones to keep a tab on the law and order situation in the district.

Delhi Mahila Congress chief and former president Pranab Mukherjee's daughter Sharmistha and some other members of the outfit were detained near Union home minister Amit Shah's residence during a protest against the new legislation.