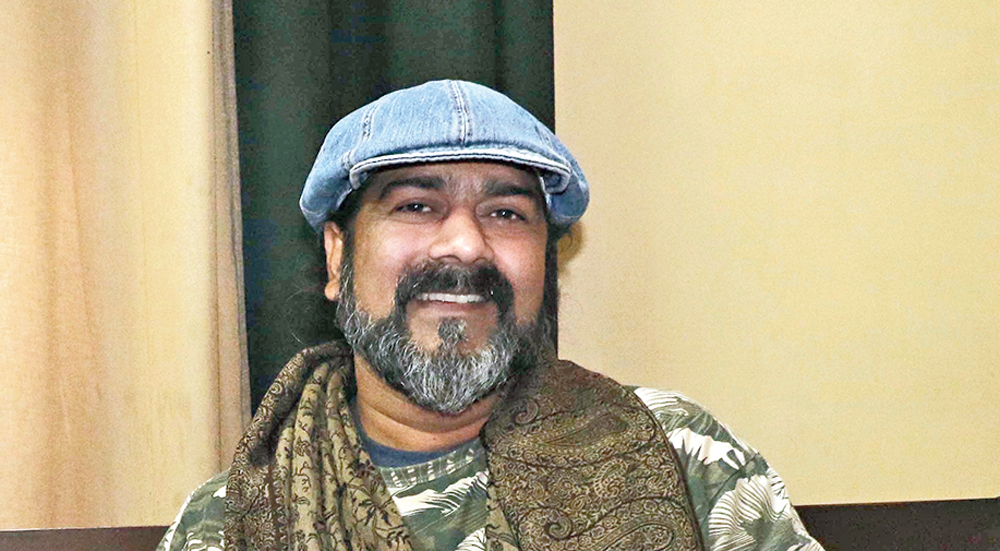 A poet and playwright jailed for 20 days on what he says are false rioting charges has alleged that Lucknow police had tortured him while mocking him as “Bhagat Singh”, using a revered patriot’s name as a taunt.

Deepak Kabir alleges he was beaten up and arrested when he went to a police station to enquire about missing friends on December 20 morning, a day after the citizenship protests in the city. He was released on Thursday, a day after a court granted him bail.

“While some policemen held my arms and legs, stretching me out, others beat me with sticks. An officer kept asking them ‘to finish off Bhagat Singh and all the revolution’ that was within me,” Kabir, 42, whose real name is Deepak Mishra, told The Telegraph.

Bhagat Singh was a young socialist revolutionary whose daring acts against the Raj and execution in 1931 turned him into a folk hero of the freedom struggle. The BJP governments at the Centre and Uttar Pradesh claim to be patriots and tend to condemn their critics as “anti-national”.

He said he had heard one cop saying to another: “His long hair is proof that he is a communist.”

Kabir said he was sent to jail later on December 20 and was never produced in court in the first 15 days. His first court appearance came on January 4 — for his bail hearing — he alleged.

When reporters asked Lucknow superintendent of police (east) Suresh Chandra Rawat about the allegations by Kabir and others of custody torture and delayed court appearances, he gave a general reply: “There was no violation of human rights. The norms were followed during the arrest of those accused of arson during the anti-CAA protest.”

Kabir said he had participated in a peaceful march against the Citizenship (Amendment) Act and the National Register of Citizens on December 19 at Parivartan Chowk. His wife Veena Rana, a social activist, took part in another peaceful march near the General Post Office, about 2km away.

“The police took her and others to Eco Garden and released them after a while. We returned home. Next morning, I learnt that some social activists had been detained at Vibhuti Khand police station,” Kabir said.

“But I couldn’t find any of them there. I then went to Hazratganj police station, where the policemen detained me and started torturing me.”

He said he was sent to jail with 34 others. “They simply wrote our names on a sheet of paper, where many serious sections of the penal code had already been jotted down on the top,” he said.

Among the penal code sections invoked against Kabir are: 147 (rioting), 148 (rioting with deadly weapon), 152 (assaulting or obstructing public servant when suppressing riot), 307 (attempt to murder), 323 (voluntarily causing hurt), 504 (insult to provoke breach of peace), 506 (criminal intimidation), 332 (voluntarily causing hurt to deter public servant from his duty), 353 (assault or criminal force to deter public servant from discharge of his duty), 188 (disobeying order duly promulgated by public servant), 435 (mischief by fire or explosive substance), 436 (mischief by fire or explosive substance with intent to destroy house), 120B (criminal conspiracy) and 427 (mischief causing damage to the amount of fifty rupees).

Sources said these same charges had been brought against more than 50 people arrested in Lucknow in connection with the protests against the new citizenship regime.

Kabir said he wouldn’t be deterred. “This has strengthened me; I shall fight for justice for the people with more energy and zeal,” he said.

While granting bail to Kabir, the court said the police had failed to produce any evidence against him.

The police had opposed bail for Kabir, alleging the protesters at Parivartan Chowk had injured three policemen: Rawat and constables Vijay Shankar Tiwari and Priyamband Mishra.

But the court observed that Rawat had a “superficial injury” and that the two constables had complained of “body aches”.