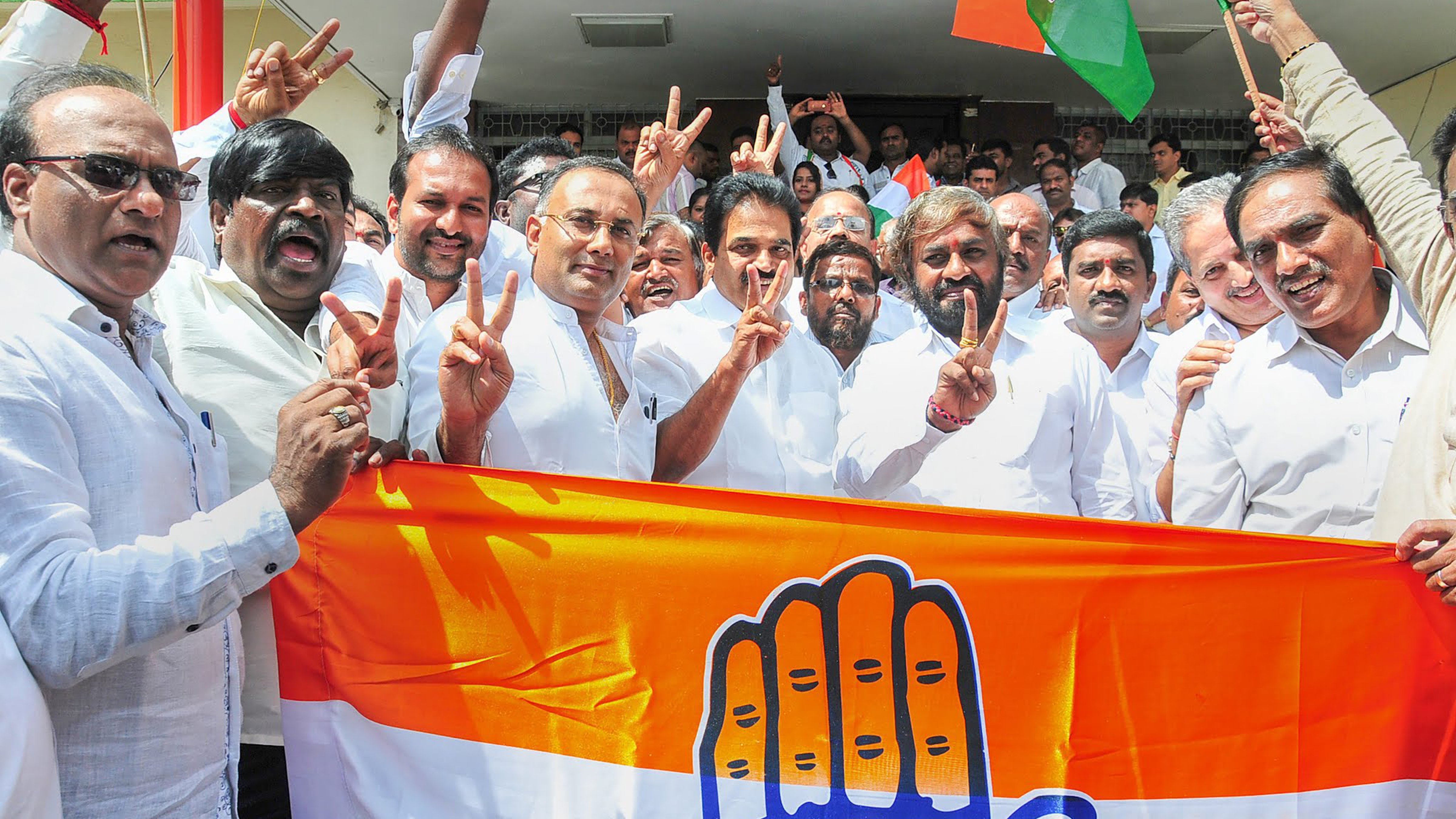 The 4-1 win for the Congress-Janata Dal Secular alliance in the Karnataka by-elections on Tuesday left the BJP in shock on the eve of Diwali, reviving fears of state-level alliances upsetting the Narendra Modi applecart in the general election.

The Congress-JDS alliance snatched the key Bellary Lok Sabha constituency from the BJP and retained two other parliamentary seats and an Assembly seat. The BJP could retain only one Lok Sabha seat. (Full results on Page 4)

BJP leaders in Delhi refused to speak on record, saying the Karnataka unit will react, but privately acknowledged that the bypoll results were a “wake-up call”.

“The Karnataka results show that we have to work harder in states where strong regional parties like the JDS are present. It is a timely wake-up call and we will analyse the results and take corrective measures,” a BJP leader said.

After similar shocks early this year in BJP-ruled Uttar Pradesh, when the party lost the high-profile Gorakhpur and Phulpur bypolls, BJP chief Amit Shah had told party leaders they were freak results and matters would change dramatically in 2019 when Modi hits the campaign trail.

“Shah’s calculations about a presidential-type election in the name of Narendra Modi may not hold in states where regional parties have a strong base,” another party leader said. “Today’s results show that if the SP and the BSP sew up an alliance in Uttar Pradesh, we will suffer huge losses despite the presence of Modi,” the leader added.

Apart from Uttar Pradesh, which accounts for 80 Lok Sabha seats, the coming together of the Congress and the Sharad Pawar-led NCP in Maharashtra could deal a blow to “Amit Shah’s overconfidence”, some leaders fear.

Internally, BJP managers feel that the party has already started calculating the losses it might suffer in three key states — Uttar Pradesh, Maharashtra and Karnataka — that account for 156 seats.

Some party leaders said state-level alliances might not remain limited to the three states and could extend to Bihar (40 seats) and Jharkhand (14) where the BJP had performed extremely well in 2014.

Already, Upendra Kushwaha’s RLSP is driving a hard bargain with the BJP and may switch sides to the RJD-Congress alliance. In Jharkhand, the closing of ranks between the Congress-JMM and the RJD could pose a challenge.

Internally, the BJP fears “credible” losses in the states it had swept in 2014. However, Shah, according to party leaders, is sure of making surprise gains in the eastern and the north-eastern states and also the south to make up for the losses.

Shah, party insiders said, has told them that surveys had shown the BJP could pick a large number of seats from Bengal and Odisha.

“While our vote share is likely to increase considerably in Bengal, that may not translate into seats if the Trinamul Congress and the Congress join hands, which appears very likely. In Odisha we may gain substantially only if there is a tactical understanding with the BJD,” one party leader said.

After the Karnataka results on Tuesday, party leaders said the hope of gaining in the south stood dashed. The BJP was hoping to bounce back in Karnataka despite the failure to form the government in the state. Party managers in Delhi were confident the voters would reject the “opportunist” Congress-JDS alliance.

Had the by-election results gone the way the BJP had hoped, it would have revived the push to bring down the H.D. Kumaraswamy government.

In other southern states like Tamil Nadu, Andhra Pradesh, Telangana and Kerala, the BJP is banking on post-poll alliances if they fall short of majority in 2019.