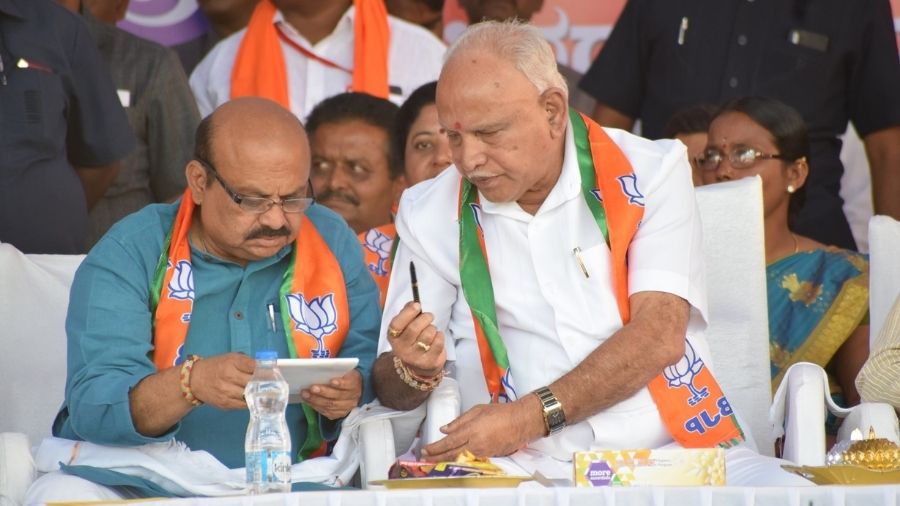 The Karnataka BJP legislature party on Tuesday elected Basavaraj Bommai as its new leader and he will succeed outgoing Chief Minister B S Yediyurappa.

According to party sources, Bommai, a Lingayat leader from North Karnataka, had the backing of the outgoing chief minister Yeddyurappa to succeed him.

The 61-year-old leader was Minister for Home Affairs, Law, Parliamentary Affairs and Legislature in Yediyurappa's council of ministers which was dissolved on Monday.

Soon after the announcement, Bommai sought the blessings of Yediyurappa, and he was greeted by other party leaders.

The legislature party meeting to elect the new leader took place at a city hotel in the presence of Union ministers Dharmendra Pradhan and G Kishan Reddy who were appointed as central observers by BJP's parliamentary board.

Known for his "clean and non-controversial" image, Bommai is considered among the close confidants of Yediyurappa.

Ending months of speculation over his exit, Yediyurappa on Monday stepped down as the Chief Minister, coinciding with his government completing two years in office.

Governor Thaawarchand Gehlot accepted the 78-year-old BJP veteran's resignation, and dissolved the Council of Ministers headed by him, with immediate effect.

The notification from the Raj Bhavan said Yediyurappa shall continue to function as Chief Minister till alternative arrangements are made.