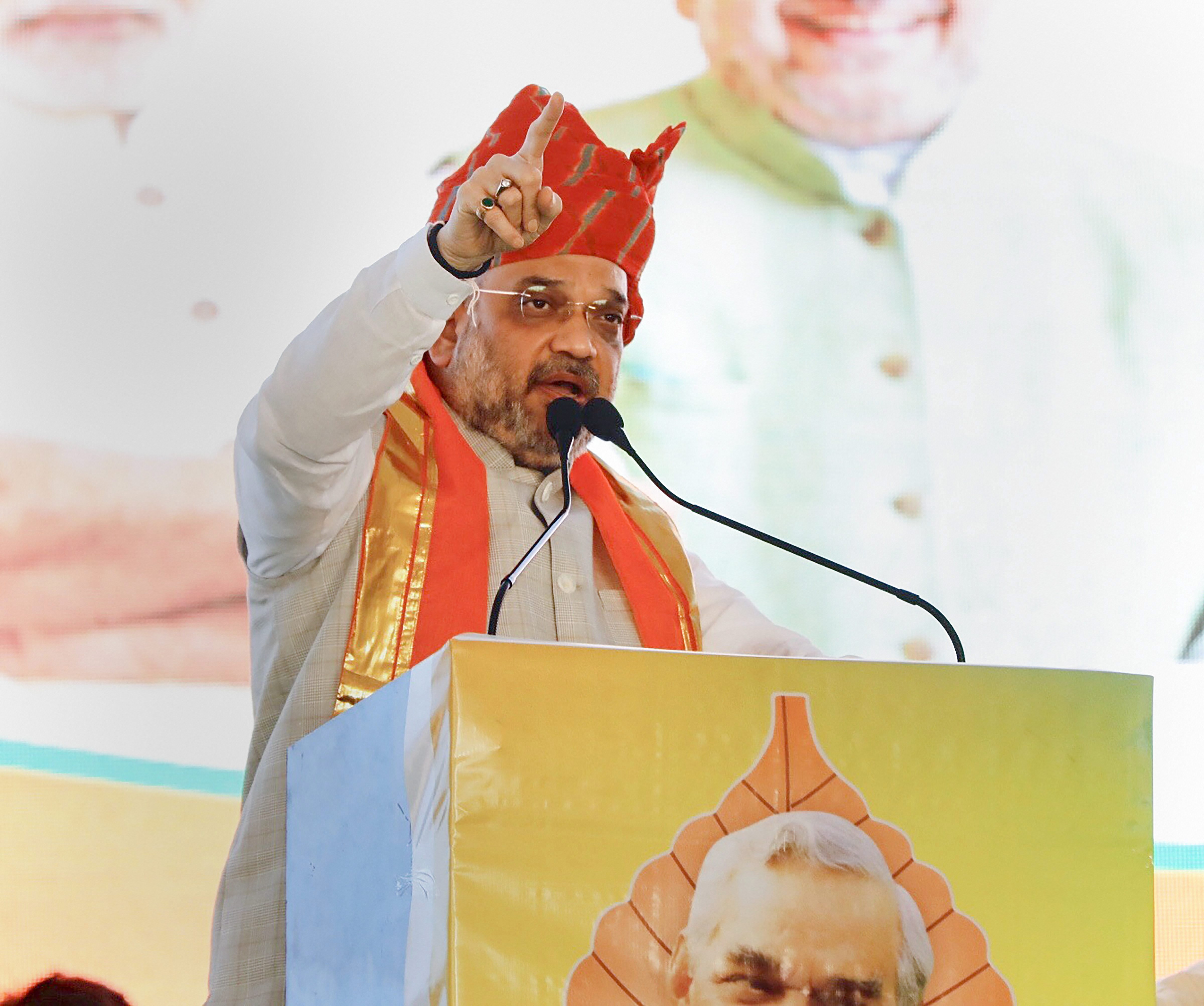 BJP president Amit Shah said on Saturday that Bangladeshi immigrants are like termites and each of them will be struck off the electoral roll.

Shah was speaking at a public meeting in Sawai Madhopur district’s Gangapur before heading for another event in Kota.

The BJP government in Rajasthan is like the unshakeable 'Angad ka Paon', he said referring to a character in Ramayana whose foot even Ravana could not move.

The Congress cannot do any good for the country as that party has neither a leader nor a policy, he said.

Calling Rahul Gandhi “Rahul Baba”, Shah said while he is demanding an account of the work done by the BJP, the people want him to tell them what the four generations of his own family have done.

He said Rajasthan was a `Bimaru' state during Congress rule but chief minister Vasundhra Raje has worked to bring in progress. He said both the central and the state governments had initiated development projects.