All the people who lived in those houses and the surroundings were shifted elsewhere, says civic body 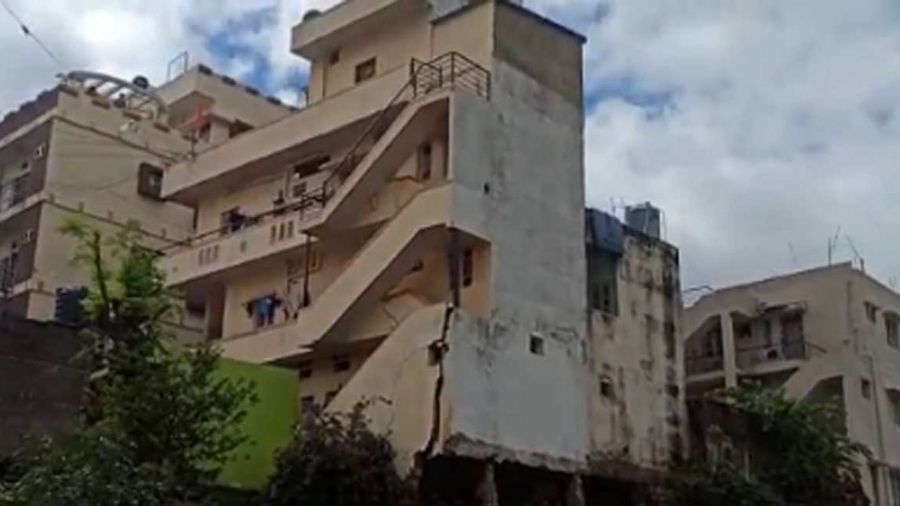 Close on the heels of two buildings collapsing in Bengaluru, a residential building at Kamala Nagar in the city tilted dangerously late on Tuesday night while the side wall of a house in Nagarathpet collapsed on Wednesday morning following torrential rains, the civic agency said.

It added that no one was injured in these incidents.

As the building started tilting in Kamala Nagar near Shankar Nag Bus Stand on Tuesday night, residents ran out of their houses for safety leaving behind their belongings.

Later, the BBMP issued a statement saying, "All the people who lived in those houses and the surroundings were shifted elsewhere. Accommodation and food have been arranged for such families."

Meanwhile in Nagarathpet, the side wall of an old house collapsed. Quoting neighbours, the BBMP said, no injuries occurred as no one is staying in the house for the past six years.

It also said that debris removal will be started immediately.

A week ago, a house had tilted in Kasturi Nagar and a residential quarters on the premises of Bangalore Milk Union Limited (BAMUL) came down crashing due to heavy downpour. In both the incidents, no casualties were reported as people were evacuated well in time.