The mother, Nazia, is undeterred and determined to rejoin the protests 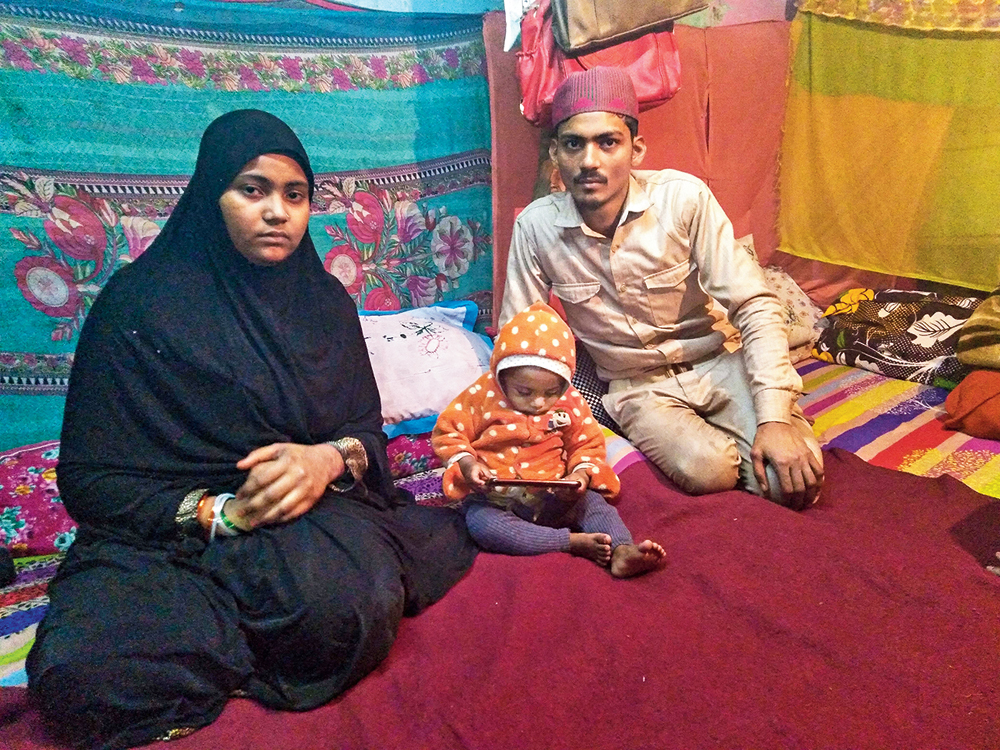 Four-month-old Mohammed Jahaan accompanied his mother almost every day to the Shaheen Bagh demonstration, where he was a favourite with the protesters who would take turns holding him and often drew the Tricolour on his cheeks.

Jahaan will not be seen at Shaheen Bagh any more. He died on Thursday night after catching a severe cold and developing lung congestion following exposure to the winter chill at the outdoor venue.

His mother Nazia is undeterred and determined to rejoin the protests, saying it is “for the future of my children”.

Nazia and her husband Mohammed Arif live in a tiny shanty put together with plastic sheets and cloth in the Batla House area and have two other children: a daughter and a son.

“I haven’t been able to earn enough in the past month despite driving the battery rickshaw in addition to my embroidery work. Now with our baby’s death, we have lost everything,” Arif said.

He showed a picture of little Jahaan, wearing a woollen cap that read “I love my India”.

A visibly disturbed Nazia said Jahaan died in his sleep on Thursday night. “I had returned from Shaheen Bagh around 1am. After putting him and the other children to sleep, I went to bed too. In the morning, I suddenly found him motionless. He was gone in his sleep,” she said.

The couple said they took their motionless baby to the nearby Alshifa Hospital, where he was declared dead on arrival.

Nazia, who had been visiting Shaheen Bagh every day with Jahaan since December 18, said she hadn’t realised that his congestion was so severe. The death certificate issued by the hospital does not mention any specific reason for the death.

Shazia, a neighbour present at the couple’s home, said Nazia had fought with her mother and husband to visit Shaheen Bagh every day. She would gather all the women from the lane outside her home and walk together to the venue, around 2km away.

Nazia said she would rejoin the protests, this time without her children.

“Why was I doing this? For my children and the children of all us who need a bright future in this country,” she said.