‘No plot’ to demolish Babri, all acquitted 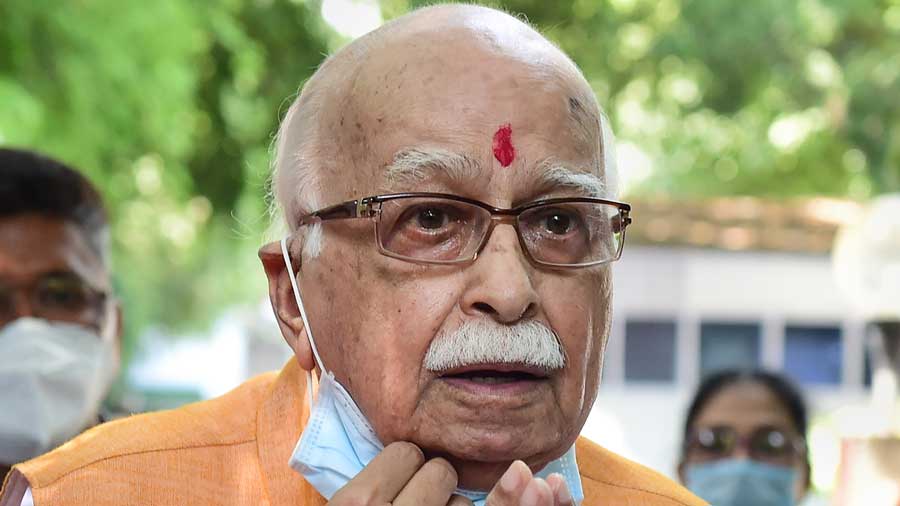 A special CBI court on Wednesday acquitted all 32 surviving accused in the Babri Masjid demolition case, denying any conspiracy by the assembled BJP and VHP heavyweights and blaming the vandalism on “anti-social elements” who had infiltrated the kar sevaks.

The judgment concludes a 28-year-old chapter stemming from one of the darkest incidents in Indian history, handing another victory to the BJP after the Supreme Court last November allotted the disputed Ayodhya plot to Hindus despite calling the demolition an “egregious violation of the rule of law”.

The CBI, the prosecuting agency, said it would decide on an appeal after consulting its legal department.

Judge Surendra Kumar Yadav, who retired on Wednesday after passing the verdict, said in his 2,300-page order: “There were some anti-social elements which had mixed up with the kar sevaks and committed the crime. The politicians and the sadhus were continuously making appeals to the mob to maintain peace.”

Hearing the verdict, which brings the Babri issue centre-stage ahead of the Bihar polls, some among the 26 defendants present in court broke out in chants of “Jai Shri Ram”.

⚫ The verdict disposes of the case against the unnamed kar sevaks too, pinning the blame on “anti-social elements (who) ignored the fact that there was an idol of the god (Ram) inside the structure”, which “suggests that they didn’t have respect for any religion”.

⚫ It was partly because of the Ram idol — installed surreptitiously inside the mosque in 1949 — that Hindu leaders like the late VHP stalwart Ashok Singhal had wanted to save the structure rather than encourage the mob to demolish it, the court observed.

⚫ The court refused to admit newspaper clippings or video recordings of the demolition, many of which said or purported to show that some of the Sangh parivar leaders had egged the mob on.

⚫ The court said the CBI had failed to follow Section 65 of the Indian Evidence Act (which deals with electronic records) and had relied on video footage rather than furnishing negatives of the footage and the equipment used to shoot the videos.

⚫ It said some of the video cassettes produced as evidence were unclear and that the voices of the parivar leaders in some of the audios were inaudible.

⚫ The judgment quoted a December 1, 1992, report by the local intelligence unit of Uttar Pradesh police that spoke of a possibility of “unscrupulous elements” joining the kar sevaks and committing a crime.

BJP veteran L.K. Advani, allowed to participate via videoconferencing along with party stalwarts Murli Manohar Joshi, Uma Bharati and Kalyan Singh and two others, did so at home.

“It’s a very important decision and a matter of happiness for us. When we heard the news of the court’s order, we welcomed it by chanting Jai Shri Ram,” Advani, 92, said in a video message.

Zafaryab Jilani, advocate and member of the All India Muslim Personal Law Board, spoke about challenging the verdict in the high court.

AIMIM chief Asaduddin Owaisi called the development “obnoxious”, saying the judgment “satisfies the collective consciousness of Hindutva and its followers and ideology”.

“Was it some sort of magic that on December 6 the masjid was demolished? Who called for the assembling of the people over there? Who made sure that they entered over there?” he asked.

Kalyan was Uttar Pradesh chief minister, responsible for the mosque’s protection, when the December 6, 1992, demolition happened, triggering riots that killed hundreds across the country and deeply divided Indian society.

The verdict came on the last day of the final deadline set by the apex court, which had extended the judge’s retirement age. Judge Yadav took his seat at 12.10pm and spent five minutes reading out the operative part of his judgment.

“It’s good that all have been acquitted. Whatever had to happen, happened on November 9 last year (with the Ayodhya land verdict). This case should also have ended the same day,” he said.

Two cases had originally been filed, one against unknown kar sevaks and the other naming 49 parivar heavyweights as conspirators, of whom 17 have died. The cases were later clubbed together.

All the accused alleged being falsely implicated by the then Congress government at the Centre. At one stage, the criminal conspiracy charge was dropped against the key figures but the Supreme Court restored it in 2017 and ordered daily hearings.

The CBI produced 351 witnesses and furnished 600 pieces of evidence.

“The judgment vindicates my personal and the BJP’s belief and commitment towards the Ram Janmabhoomi movement,” Advani said.

“I also feel blessed that this judgment has come in the footsteps of another landmark verdict of the Supreme Court given in November 2019, which paved the way for my long-cherished dream of seeing a grand Ram Mandir at Ayodhya, the foundation-laying ceremony of which was held on August 5.”