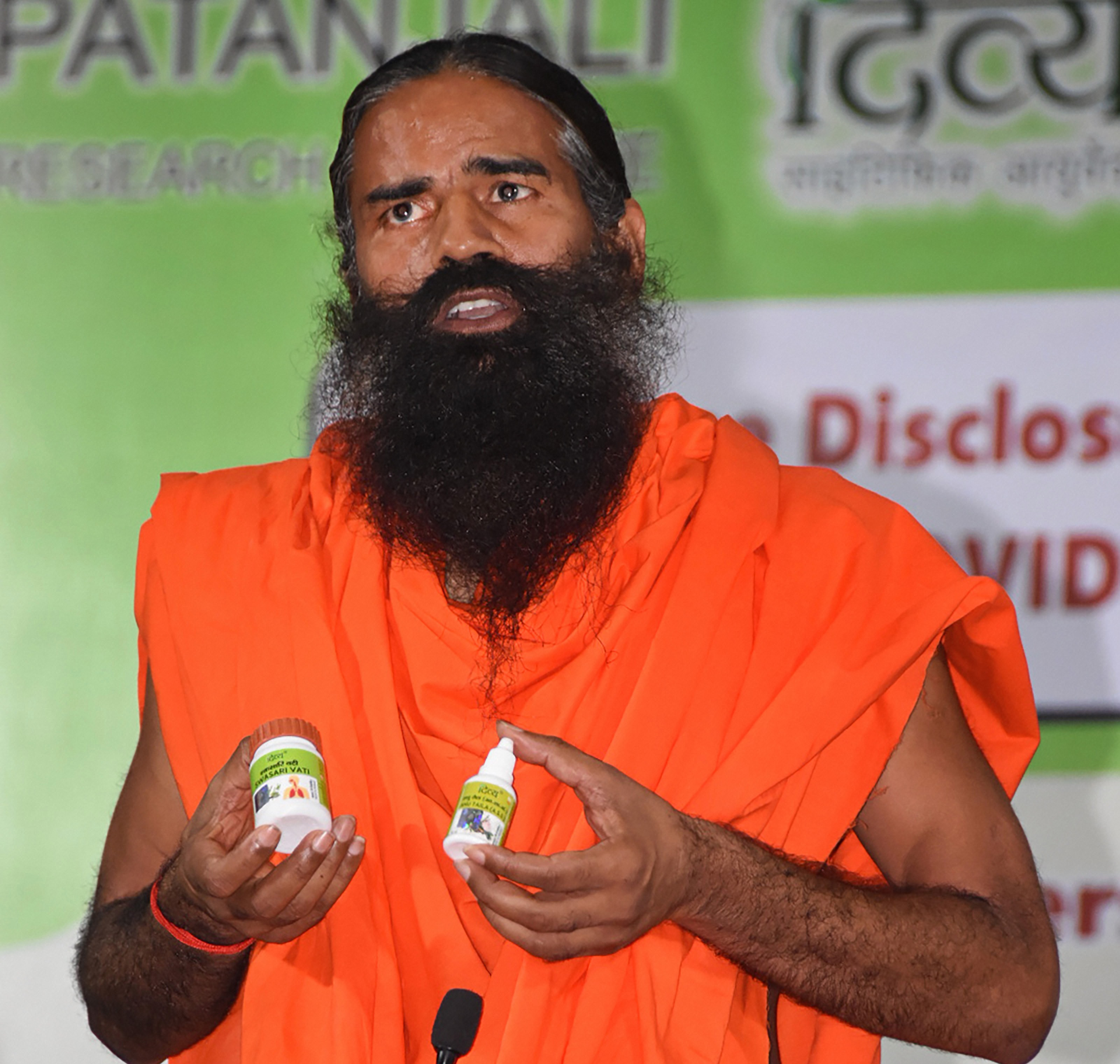 The AYUSH ministry on Tuesday asked yoga guru Ramdev's Patanjali Ayurved to provide at the earliest the composition and other details of the medicine it claimed is for the treatment of Covid-19, and ordered the firm to stop advertising the product until the "issue is examined.

Patanjali Ayurved has launched the Coronil and Swasari' medicine with the claim that it has discovered a cure for Covid-19.

However, the ministry said the facts of the claim and details of the stated scientific study are not known to it.

Patanjali has also been asked for details of the sample size, sites and hospitals where the research study was conducted and the Institutional Ethics Committee clearance, the ministry said.

The concerned Ayurvedic drug manufacturing company has been informed that such advertisements of drugs including Ayurvedic medicines are regulated under the provisions of Drugs and Magic Remedies (Objectionable Advertisements) Act, 1954 and rules thereunder and the directives issued by the Central Government in the wake of  Covid outbreak, the ministry said in its statement.

The firm claimed its medicine has shown 100 per cent favourable results during clinical trials on Covid-19 patients, except those on life support systems.

The medicines have been developed by Patanjali Research Center, Haridwar and privately-owned National Institute of Medical Science, Jaipur following all protocols with clinically controlled trial-based evidence, Ramdev told PTI in a telephonic interaction with PTI.

Ramdev also said clinical controlled study of these medicines has been conducted in several cities including Delhi, Ahmedabad and Meerut and the RCT (Randomized Clinical Trial) controlled with placebo was conducted at Jaipur-based National Institute of Medical Sciences & Research.

"This was done after getting approval from Clinical Trial Registry of India (CTRI) and all other required formalities," he said.

"We have followed all the parameters set up by modern science for such clinical trials."

A government notification bars companies from advertising a cure without government approval.