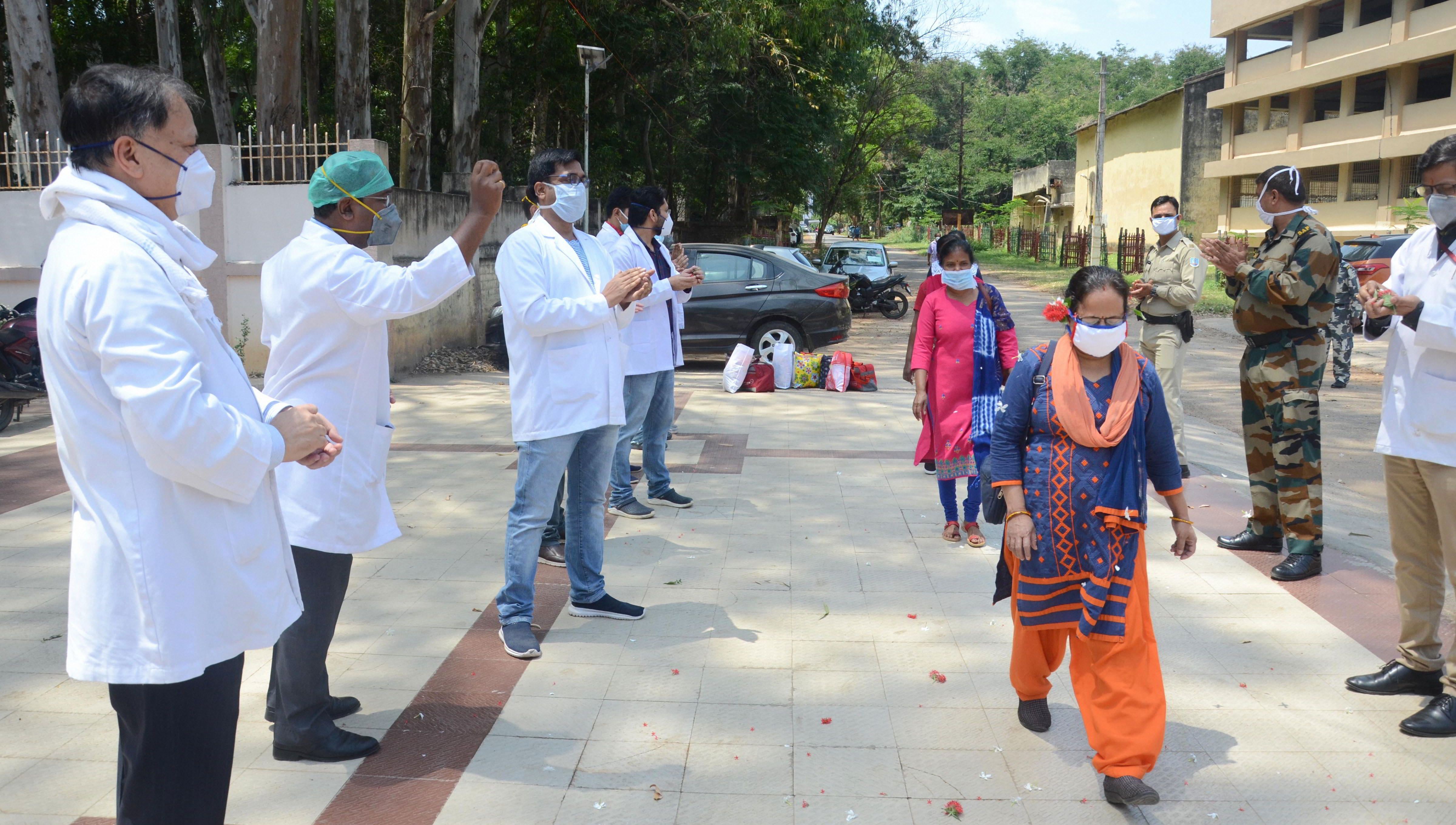 The Union Cabinet approved an ordinance to declare acts of violence and harassment against healthcare personnel a non-bailable offence, backing it up later on Wednesday with instructions to state governments to provide adequate security to doctors and healthcare professionals working tirelessly to combat the spread of the coronavirus.

Attacks on doctors and healthcare workers would now attract a maximum punishment of seven years imprisonment and Rs 5 lakh fine.

Asserting that the government has 'zero tolerance' for violence and harassment against doctors, nurses, paramedics and other healthcare personnel, Union minister Prakash Javadekar said a person can be sentenced to anywhere between three months and five years in jail, and/ or fined anything between Rs 50,000 and Rs 2 lakh for such crimes under the new provision.

In cases where injuries are serious, the punishment will range from six months to seven years, and carry fine between Rs 1-5 lakhs, the minister told reporters.

The ordinance will amend the Epidemic Diseases Act, 1897, and the amended law will also be invoked if healthcare personnel face harassment from their landlords or neighbours over suspicion that they may carry the coronavirus infection due to the nature of their work, he said.

People responsible for violence will also be liable to pay damages, which will be double the market value of the property vandalised, the Information and Broadcasting minister said.

'In such cases, adequate security should be provided; and stringent action should be taken against such offenders who obstruct the performance of last rites of medical professionals or frontline healthcare workers, who, unfortunately, succumb to the infection from COVID-19 while discharging their services, or otherwise,' Union Home Secretary Ajay Bhalla said in a letter. 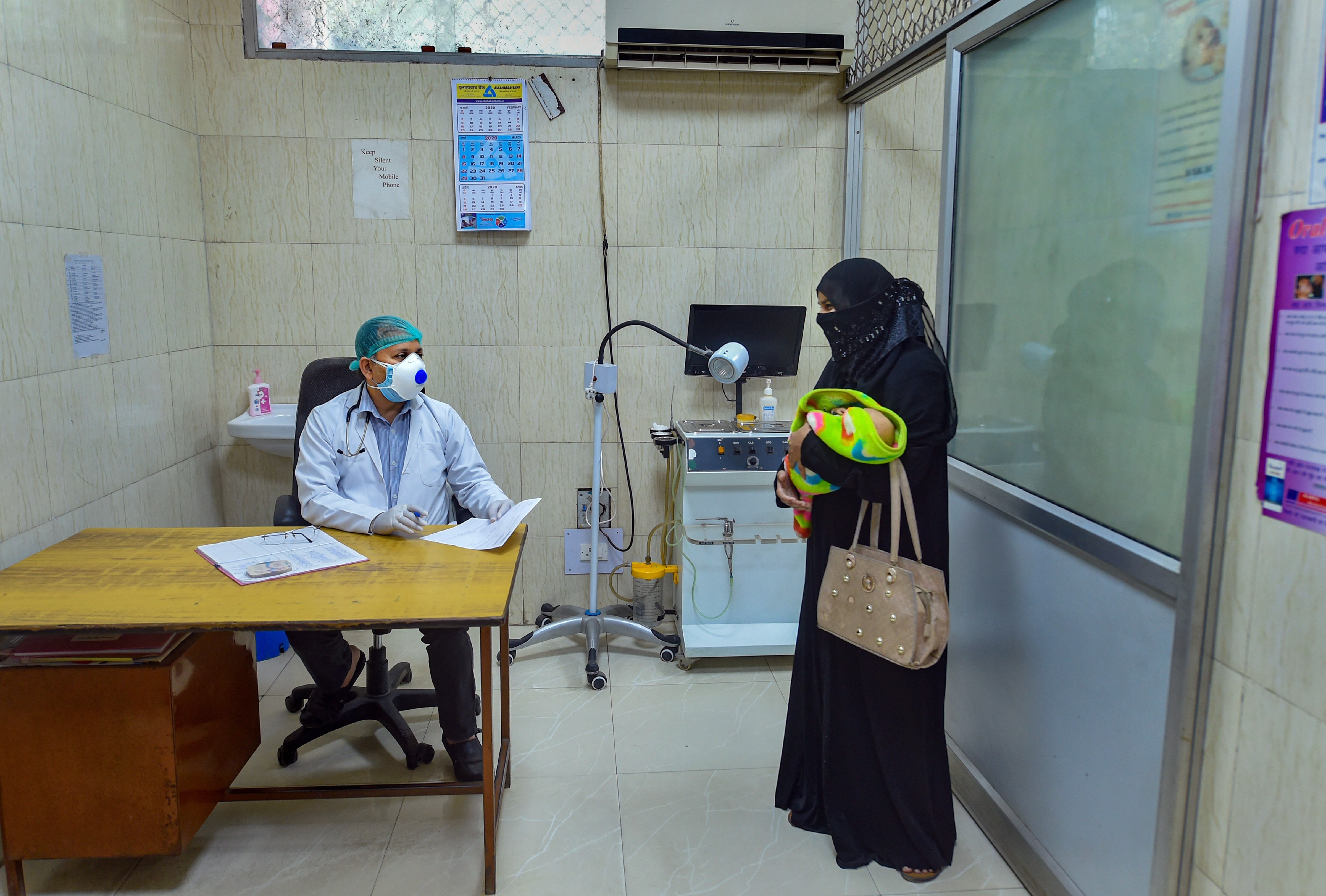 A doctor attends a patient in the Out Patients Departments (OPD) of a Civil Hospital as OPDs start functioning from today during the nationwide lockdown, in wake of the coronavirus pandemic, in Lucknow, Tuesday, April 21, 2020.
PTI

Bhalla said the state governments and Union territory administrations are also requested to appoint nodal officers at state or union territory level and at district level, who would be available 24x7 to redress any safety issue on the functioning of medical professionals.

The states and Union territories should also take immediate and strict action in case any incident of violence takes place, he said.

Bhalla also said necessary police security should also be extended to doctors and other medical staff who visit places to conduct screening of people to find out symptoms of disease.

The home secretary's letter came hours after a delegation of doctors and Indian Medical Association had an interaction with Union home minister Amit Shah and health minister Harsh Vardhan, who assured them security for healthcare workers.

‘Zero tolerance against attacks on doctors’

Earlier, Javadekar said any offence (attacks or harassment of doctors) would henceforth be cognizable and non-bailable, which means that police can arrest the accused, and only courts can release them on bail.

'Our government has zero tolerance against violence and harassment targeting doctors, nurses, paramedics and ASHA workers when they are doing their best to fight the pandemic,' he said.

'The government is ensuring that our health professionals can work without any tension,' he added.

In his letter, Bhalla also highlighted his three earlier communications where he had requested chief secretaries and DGPs to ensure adequate protection to healthcare professionals, medical staff and frontline workers by augmenting their safety and security cover.

'In spite of these communications, some incidents of violence have been reported from different parts of the country against healthcare professionals and frontline workers,' he said.

Bhalla urged the states and Union territories to invoke provisions of the Disaster Management Act, 2005 or any other law in force, to take strict penal action against the offenders who obstruct government health officials or other health professionals or related persons, who are authorised under the said act in the discharge of their lawful services.

Healthcare professionals have faced violent attacks in some areas during their drive to test people for suspected infection.

There have also been reports that their landlords or neighbours in some cases opposed their presence claiming they may be carriers of the infection.

Prime Minister Narendra Modi had often condemned such cases of attacks and harassment, while lauding the role of healthcare professionals in combating the deadly disease.

Asked whether the changes in the law will be applicable even after the threat of COVID-19 is over, Javadekar told reporters that the ordinance has been approved to amend the Epidemic Act.

'But it is a good beginning,' he said, without elaborating.

Javadekar noted that after their meeting with Shah and Vardhan, representatives of the Indian Medical Association (IMA) were assured by the government that they would be protected.

The IMA, which had been demanding a law to protect healthcare professionals, called off its proposed “White alert” and “Black day” protests scheduled on April 22 and 23 following the meeting.