Advertisement
Home / India / At least 82 flights cancelled at Delhi airport, over 30 in Bengaluru

At least 82 flights cancelled at Delhi airport, over 30 in Bengaluru 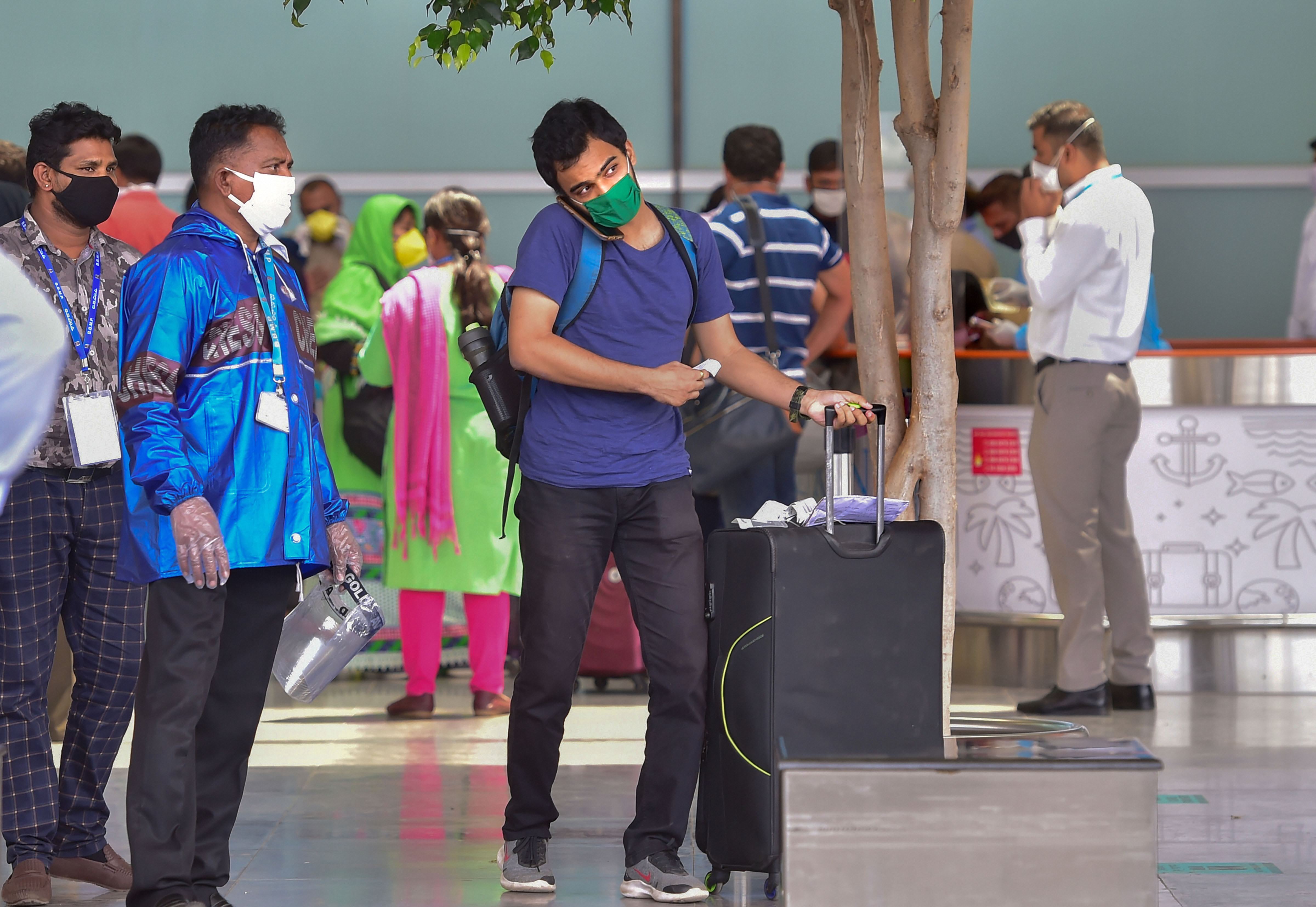 A large number of flights were cancelled around the the country even as domestic operations resumed in the county after a gap of 2 months, amid reluctance by  various states to open up their airports in view of rising cases of the novel coronavirus.

Aviation industry sources said, around 82 flights, departures and arrivals, have been cancelled till now at the Delhi airport.

Restrictions on number of flights by some states, some of them mandating institutional quarantine, has led to cancellation of several arrivals and outbound flights, sources said.

According to reports, over 30 flights flying out of Bengaluru were cancelled. Further, at least five incoming flights were cancelled in Odisha.

The first flight took off from Delhi for Pune at 4.45am under strict regulations recommended by civil aviation authorities. The first flight from Mumbai was to Patna and it departed at 6.45am.

States like Maharashtra, West Bengal and Tamil Nadu, which are home to some of the busiest airports in the country, were reluctant to allow domestic flight services from their airports, citing swelling cases of the coronavirus infection in their states.

The West Bengal government did not relent to a request by the civil aviation ministry to allow flight services.

It was decided on Sunday that the state will gradually permit domestic flights from May 28 under strict guidelines. Andhra Pradesh too did not allow any flights on Monday.

Airlines were jittery in resuming services as multiple states have put in place separate norms and conditions for quarantining passengers arriving there by domestic flights.

The government last week announced the resumption of domestic flight services from May 25 under specific rules and guidelines like a cap on ticket pricing, wearing of face masks by passengers, no food served on board planes and making available details of medical conditions by travellers through the Aarogya Setu app or by filling up of a self-declaration form.

The app gives colour-coded designation to users as per their health status and travel history. It helps the users know if they are near anyone who has tested Covid-19 positive.

The government's decision came as the aviation sector was reeling under severe stress triggered by the coronavirus lockdown that began on March 25.

He said the airline's operations were running smoothly and passengers were feeling relaxed as there was much less air traffic on Monday.

'We visited some of the boarding gates. Passengers are well informed (about rules and regulations). Despite the short lead time we got from the central authorities and from states, we were able to disseminate this information,' he added.

An IndiGo spokesperson said 20,000 passengers will travel on Monday through the airline's flights.

In a press release, SpiceJet said its first flight on Monday took off from Ahmedabad at 6.05am and reached Delhi at 7.10am.

SpiceJet chairman and managing director Ajay Singh said, We are delighted to have resumed our flight operations in a completely smooth and seamless manner and by following every safety guideline and protocol laid down by the government.'

Many states have expressed serious reservations about the Centre's decision to start flight services.

Karnataka, Tamil Nadu, Kerala, Bihar, Punjab, Assam and Andhra Pradesh, among others, have announced their respective quarantine measures for passengers arriving at their airports.

Some states have decided to put passengers in mandatory institutional quarantine while several others have talked about putting them under home quarantine.

Civil aviation minister Hardeep Singh Puri on Saturday had questioned the need for quarantine if a passenger shows green status on the Aarogya Setu app. The green status signifies that a passenger is safe.

Bookings had opened for around 1,050 domestic flights planned for Monday but the revised measures announced on Sunday have led to cancellation of several flights leaving hundreds of passengers disappointed.

The airlines, which were allowed to operate one-third of their capacity, have been busy since Sunday night in further reworking their flight schedules.

Government officials said on Sunday evening that airports in Calcutta and Bagdogra in cyclone-hit West Bengal will not operate any domestic flights between May 25 and 27 but will handle 20 flights each per day from May 28.

The airports in Mumbai in Maharashtra and Hyderabad in Telangana will handle 50 and 30 flights respectively everyday from Monday, they said.

The Maharashtra government had requested the Centre on Sunday to keep air services in the state at a minimum possible level. Mumbai is the country's second busiest airport.

All the flights account for an equal number of arrivals and departures, the officials said.

There will be 'limited' flights from Mumbai starting Monday and as per approved one-third schedule from other airports in the state, said Puri on Twitter on Sunday night.

Puri also tweeted to say that maximum 25 flights per day can arrive in Chennai from Monday and there will be no limit on the number of departures. For other airports in Tamil Nadu, flights will operate as in other parts of the country.

The minister said operations will resume on a 'limited' scale in Andhra Pradesh from Tuesday following a request from the state government. Flights operate to Vijayawada and Vizag airports in the state.