Advertisement
Home / India / At 4.85%, worst turnout ever in Valley polls

At 4.85%, worst turnout ever in Valley polls

The separatists had given a call to boycott the elections, the National Conference and People’s Democratic Party (PDP) stayed away from the poll process 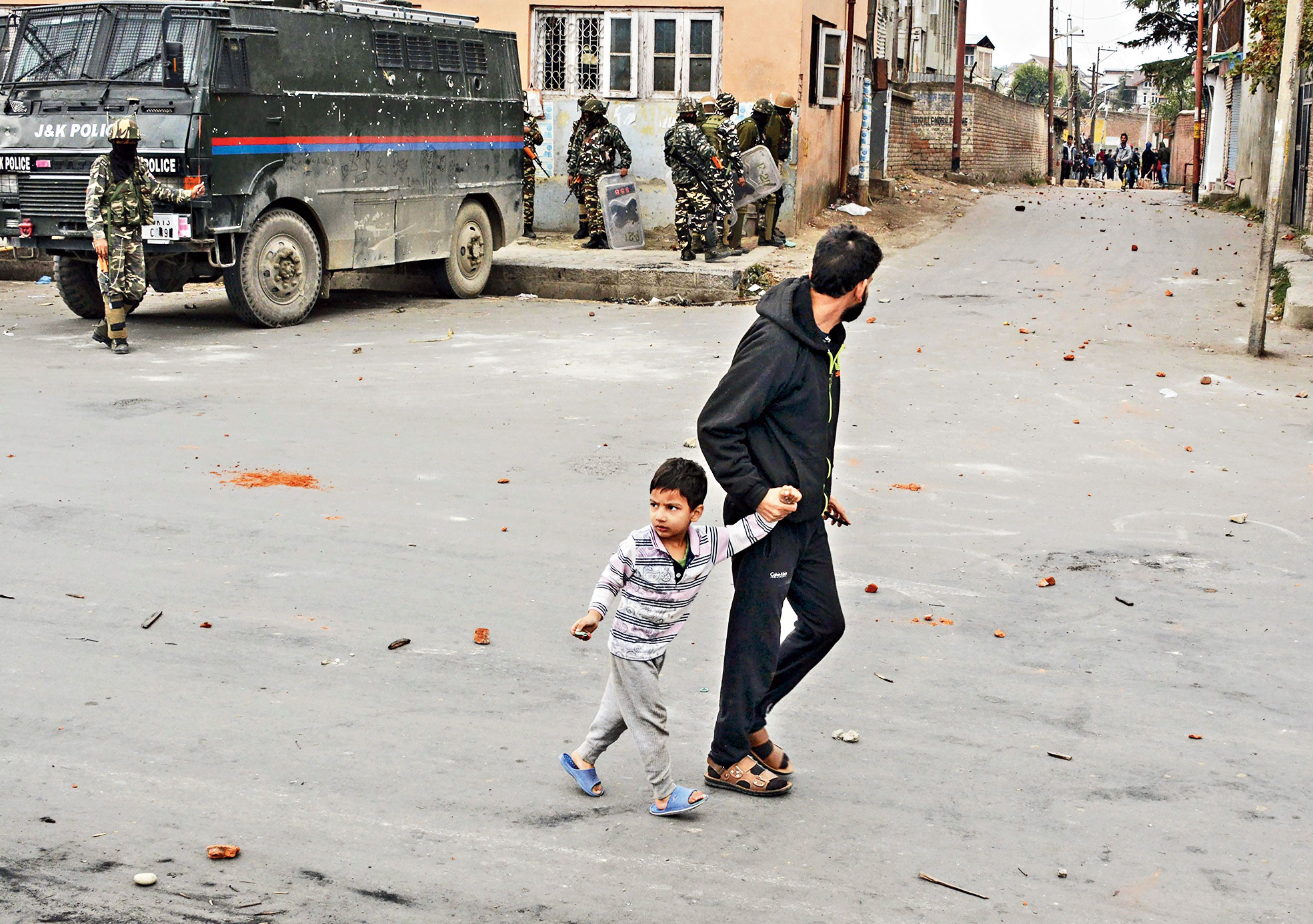 The pro-azadi camp claimed victory on Tuesday as the municipal polls in Kashmir clocked the lowest-ever turnout for any election in the Valley.

If election turnout is a yardstick, then the response to the civic polls is a pointer to how the erstwhile deeply unpopular BJP-PDP government had pushed the state back to where it was three decades ago when militancy broke out.

The voter turnout in the four-phase civic elections was an abysmal 4.85 per cent in the Valley, lower than the previous worst of 5.26 per cent in the 1989 parliamentary polls.

The cumulative turnout in Jammu and Kashmir was 35.1 per cent.

Two-thirds of the wards went uncontested in Kashmir as there was either no candidate or there was one nominee, making him the unopposed winner.

The separatists had given a call to boycott the elections. The National Conference and the People’s Democratic Party (PDP), the two main parties in the region, stayed away from the poll process.

The separatists were prompt to claim victory.

“It is time for the referendum. Indian state has always used the elections as an indicator on its false claims of democracy. And Kashmiris have given them an effective referendum by boycotting their farcical elections. Kashmir wants to vote, but for their promised, guaranteed and awaited self-determination.”

The woeful turnout in the municipal polls stands in stark contrast to the 57 per cent voting in the Valley and 65 per cent in the state in the 2014 Assembly polls. The turn of events shows how the situation has deteriorated in four years after the BJP and the PDP joined hands to form the government against the wishes of the majority of the people of the Valley.

The only election that saw an equally dismal turnout was the one held for Parliament in 1989, the year that saw militancy raising its head in the Valley. The turmoil has since consumed tens of thousands of lives.

Militancy, which enjoyed popular support, saw the turnout that year in Ananatnag and Baramulla plunge to 5.26 per cent. The third constituency, Srinagar, was

won unopposed by a National Conference candidate after

no rival came forward to contest.

No elections could be held in the next seven years till the 1996 parliamentary polls, when the turnout in the Valley shot up to 45.8 per cent. But the elections were marred by allegations of widespread rigging and coercion.

The credit for holding the first relatively fair and transparent elections in Jammu and Kashmir goes to then Prime Minister Atal Bihari Vajpayee. It was the 2002 Assembly elections that brought the PDP and the Congress to power. The turnout that year was 45 per cent.

But it is another BJP-led government at the Centre that has overseen the poorest showing ever in the Valley in terms of voter participation. There was no election campaign this time, no banners and no rallies. The electoral office did not publicise the names of the candidates for their security.