A new aesthetic to ancient virtues like justice, peace and harmony by musically invoking the edicts 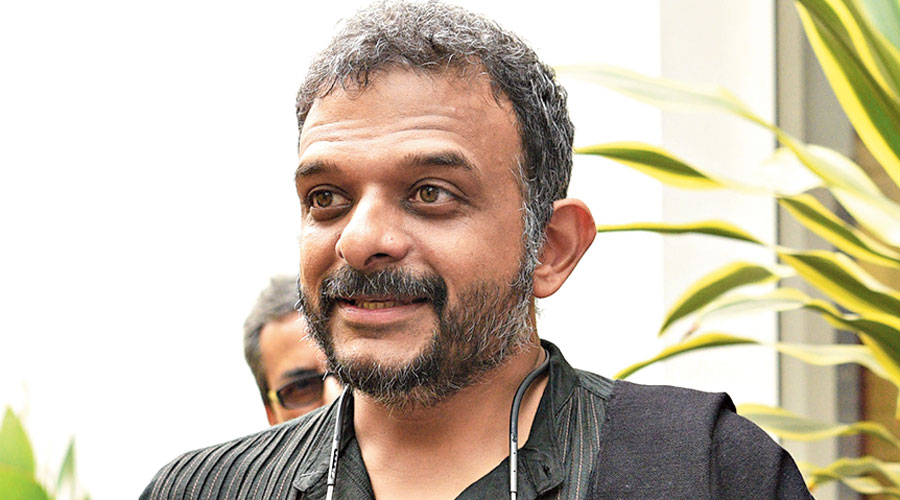 Carnatic vocalist T.M. Krishna has breathed musical life into some of Asoka’s edicts urging sensitivity to human suffering and extolling the need for compassion and justice.
Part of the Edict Project in collaboration with Ashoka University, the first part that was released online on Wednesday has four edicts set to tune and sung by Krishna, also an author and Dalit rights activist.

The edicts of Asoka (268-232BC), the Mauryan emperor who converted to Buddhism and spread the religion far and wide after being besieged by remorse on witnessing the death and destruction caused by the Kalinga War he had waged, are inscribed on rocks and pillars in several parts of India. Written in the Brahmi script, the inscriptions on natural rock faces and pillars disseminate Asoka’s ideas among his subjects.

The significance of the release date of the Edict Project was not lost on many — it was on October 14, 1956, that Babasaheb Bhimrao Ambedkar had converted along with tens of thousands of his Dalit followers to Buddhism at “Deekshabhoomi” in Nagpur, convinced that this was the only emancipation from the caste oppression of Hinduism.

Krishna’s project may not be consciously political. But its political relevance is too profound to ignore against the backdrop of a spate of attacks on the dignity of Dalits in different parts of the country. Krishna brings a new aesthetic to ancient virtues like justice, peace and harmony by musically invoking the edicts.

The English translation of one of the edicts says: “All my people are my children; I yearn for their welfare. Welfare how?… Good in this world.… There is no gift like the gift of justice (Dharma Daanam), like participation in justice.”

Another one says: “Harmony is best. What is harmony? Listening to reflections on justice, each listening to that willingly.”

Yet another goes: “After Kalinga was won, reflecting on justice, practising justice and enjoining justice.… Asoka is contrite and asks, did Asoka win Kalinga?”

In an unusually creative team effort, Krishna, who has conceptualised, composed and sung the first set of four Asokan edicts and assimilated them from different places “in a garland of ragas drawn from the Carnatic tradition”, seeks to draw the people’s collective attention to the need for compassion and justice in a violent world.

Krishna, in his deep sonorous voice accompanied by the tambura (tanpura), unravels the deeper significance of mankind’s quest for justice and harmony born during profound moments of self-reflection such as those of Asoka in the Kalinga battlefield.

The English subtitles have helped bridge the gap between the ancient script and the wider modern audience. Its larger purpose also chimes with Krishna’s belief in the plurality of artistic traditions.

Krishna said that through the Edit Project the participants hoped to re-imagine Asoka’s edicts in a musical form, to drive home the emperor’s profound transformation to a life of love and compassion towards all living beings.

“The project aims at creating a vibrant, academic, socio-political and aesthetic conversation around the edicts,” Krishna said.

“The songs were recorded during the Covid-19 lockdown. So, there were no instruments, just my tambura.… To my knowledge, this is the first time the emperor’s edicts are being sung,” he said.

They have been rendered in a “raga-tala-malika” composition. Krishna said such creative re-interpretations of traditions were even more needed today as awakening healers.

In his introductory text, former Bengal governor Gopalkrishna Gandhi has written: “Asoka, like his father Bimbisara and grandfather Chandragupta, believed in expanding, consolidating, ruling his empire centred around Pataliputra (modern-day Patna) through the traditional means of imperial kingships.… But the war he waged, successfully, to annex Kalinga caused him the very opposite of imperial satisfaction. It occasioned deep reflections and remorse… and induced him to study and propagate the teachings of Buddha.”

While the research and translation of the inscriptions for the Asoka Project have been done by Shravasti Dhammika and Dr Nareesh Keerthi, the sound and visuals are by Rithvik Raja.