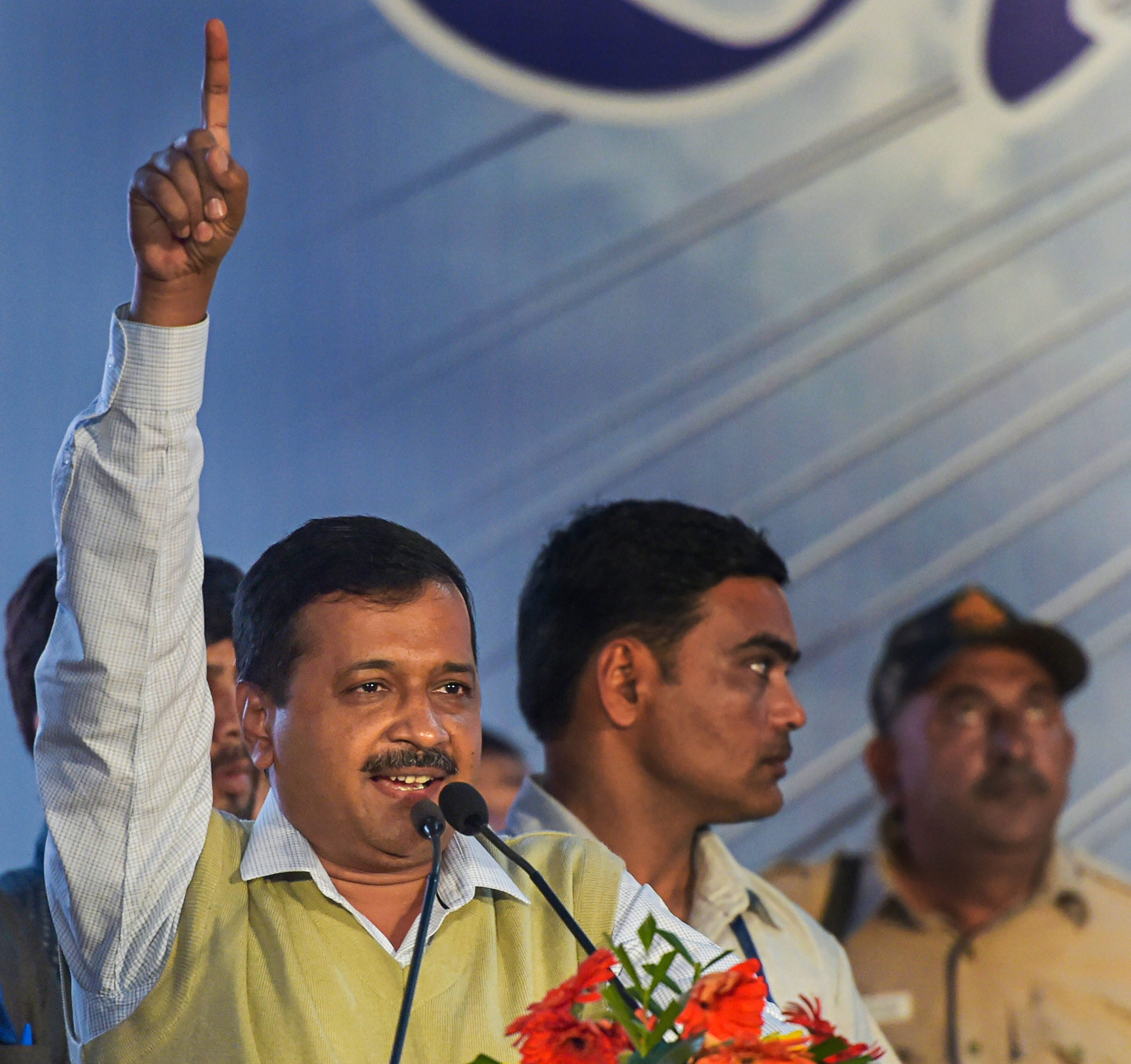 Delhi chief minister Arvind Kejriwal on Sunday described the school classrooms his government has built as “temples”, taking a leaf out of Jawaharlal Nehru’s book and castigating the present ruling dispensation’s penchant for building actual temples as retrogressive.

He also questioned the need for the 182-metre-tall Vallabhbhai Patel statue that Prime Minister Narendra Modi inaugurated in Gujarat on Wednesday and trumpeted as the world’s tallest, comparing it unfavourably with the Signature Bridge over the Yamuna that Kejriwal’s government has built.

Speaking at the inauguration of the much-delayed bridge, which connects north and northeast Delhi, Kejriwal said: “The country has to decide whether we want the best, grandest bridges or statues…. If the country has to progress, there’s only one way forward — science, technology and engineering. This bridge is an engineering miracle. Until we advance science and engineering, India can’t become modern.”

The bridge is 575 metres long and 154 metres tall — more than twice the height of the Qutb Minar (73m) — and offers a panoramic view from a gallery at the top that is yet to be opened to the public.

Showcasing his government’s achievements, Kejriwal borrowed the words of Nehru, who had described dams as the “temples of modern India” while laying the foundation for the Bhakra Nangal project in 1954.

He said Nehru had built the country’s biggest hospital, the All India Institute of Medical Sciences in New Delhi, while his Aam Aadmi Party government was helping turn the Lok Nayak Jai Prakash Narayan Hospital (now being expanded) into the second biggest.

“These are the real temples of the country, my friends. The world has advanced so much. The country will not progress by making mandir-masjid or statues (but) by building hospitals, schools and Signature Bridges,” Kejriwal said.

“The country will progress if research institutes, colleges, hospitals and roads are built. Then we can compete with America and Japan. If you remain caught in delusion over temples and mosques, the country will return to the 15th century.”

He added: “Don’t get stuck over this. If they keep making mandirs and masjids, your son will not become an engineer. You will have to make him a pujari and seat him at a temple. Our dream is that a day will come when this country will leave America and Japan behind in technology.

“Our country’s people are not behind anyone, we are lesser than none. Our governments have kept us tangled in temples and statues. Whichever party asks for your votes, ask them, ‘How many schools have you made, how many hospitals, how many Signature Bridges?’ If they haven’t made any, tell them, ‘Leave, we won’t vote for you’.”

Northeast Delhi MP Manoj Tiwari of the BJP, who was not on the list of dignitaries at the inauguration, arrived with more than 50 supporters who got into fisticuffs with Aam Aadmi Party activists and the police on the bridge.

Tiwari had made his way to a raised platform below the stage, where AAP legislator Amanatullah Khan heckled him and tried to push him off.

“I was invited to the inauguration. I am the MP from here. So what’s the problem?” Tiwari told reporters.

“Am I a criminal? Why have the police surrounded me? I’m here to welcome him (Kejriwal). The AAP and the police have misbehaved with me.”

He said he had identified the officers who had pushed him, naming additional deputy commissioner R.P. Meena and warning: “In four days I will teach them….”

The MP told reporters it was under protests from BJP workers that the state had resumed building the bridge, proposed after a bus fell off the old Wazirabad bridge, killing 28 children.

After the asymmetric design was put forward in 2004, it was expected the bridge would be completed in 2010 at a cost of Rs 1,131 crore before the Commonwealth Games. But construction began only in 2010, and almost Rs 1,600 crore has been spent on it.

Kejriwal accused the BJP-led Centre of harassing his government over the construction of the bridge.