'Aam Aadmi Party government in Delhi spent Rs 19 crore on advertisement on scheme of education loan for students, but gave scholarship to only two students' 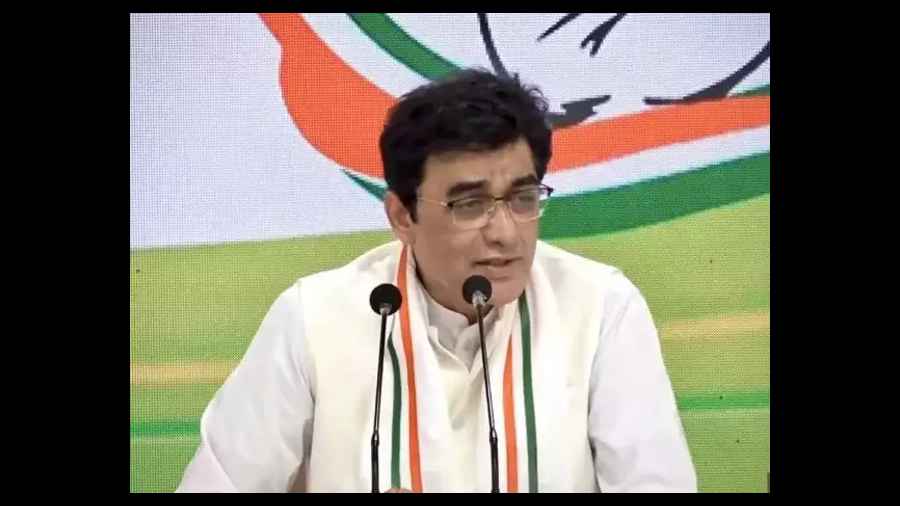 The Congress on Tuesday accused the Arvind Kejriwal-led AAP of getting its Punjab government to spend on advertisements in poll-bound Gujarat, calling it the "Arvind Advertisement Party".

The Congress alleged that the Bhagwant Mann-led Punjab government is unable to pay salaries of employees but spent Rs 36 crore in two months on advertisements in Gujarat.

Dikshit was the longest-serving woman chief minister of Delhi who steered the Congress to victory for three consecutive terms in 1998, 2003 and 2008. She died in 2019 at the age of 81.

Kumar said the Punjab government is unable to pay salaries, but TV channel owners are happy, especially in Gujarat, because Mann has spent 36 crore in two months on advertisements in Gujarat.

He alleged that the Aam Aadmi Party (AAP) government in Delhi spent Rs 19 crore on advertisement on scheme of education loan for students, but gave scholarship to only two students.

Kumar asked if the Kejriwal government's policy was so successful then why the number of students was rising in private schools.

The pass percentage under the Sheila Dikshit government in Delhi was 90 per cent which has now come down to 81 per cent, the Congress leader claimed.

While in Punjab, two lakh students have dropped out from schools since the AAP came to power, he claimed.

He also accused the AAP of indulging in corruption through the Delhi liquor policy.

"On a Rs 350 liquor bottle, government used to get Rs 223 in tax, the great Kejriwal has reduced that to Rs 1.9 and said this is the world's best policy. Please understand the corruption, if you have ensured such a profit to private players where is the money going? It is going in Gujarat polls, Himachal polls, in their minister's pocket, in his home," he alleged.

Kumar also asked if the AAP was following the RSS' ideology.