The mirth was amplified by a congratulatory tweet by Sangh ideologue Tarun Vijay: 'But please, you are Indian, don’t call Yeti a beast. Show respect' 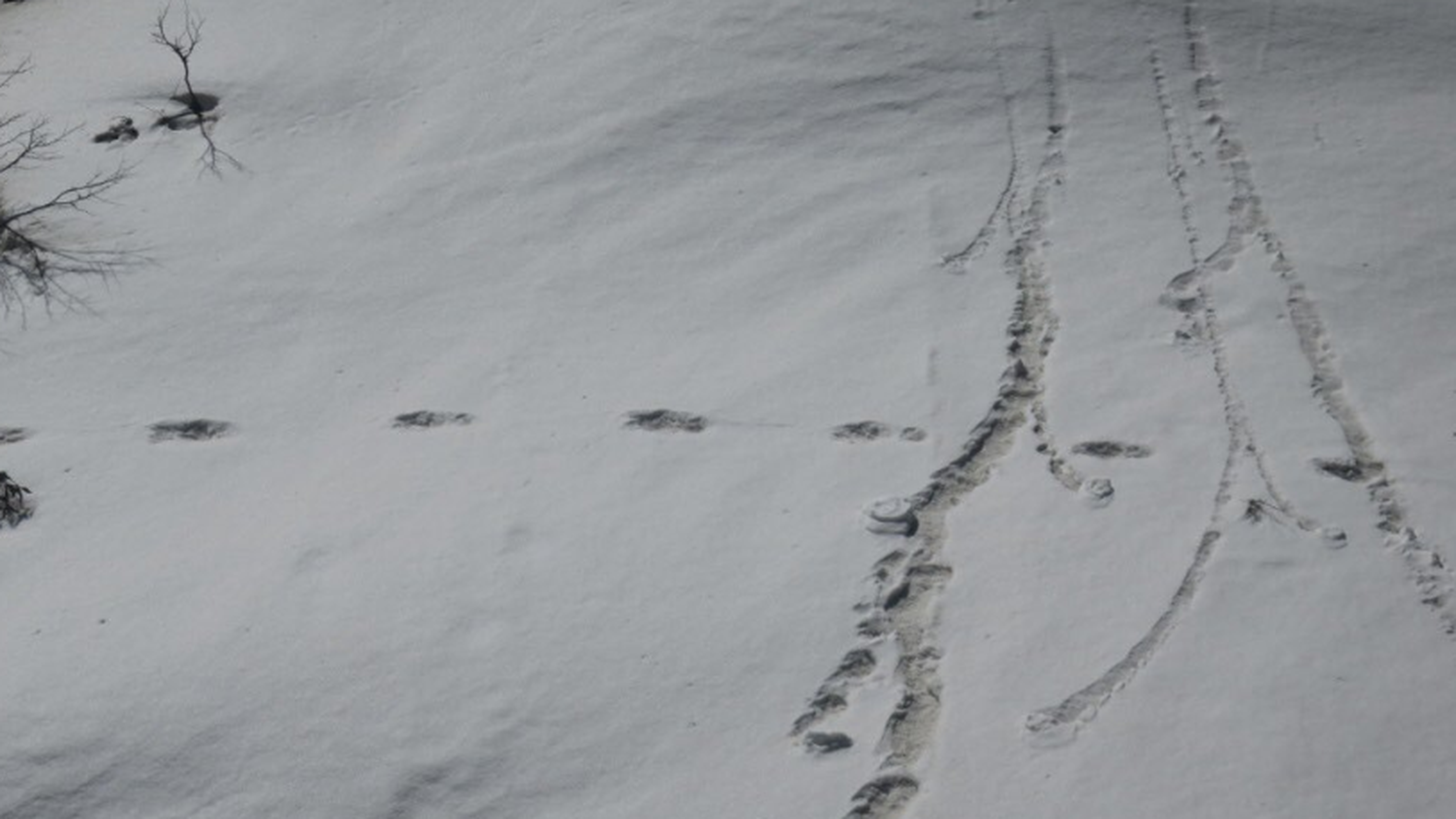 One of the photographs put out on the handle of the additional directorate general of public information of the army that shows footprints that the army mountaineering team thinks is a Yeti's.
Our Special Correspondent   |   New Delhi   |   Published 01.05.19, 02:22 AM

The Indian Army announced on Monday night that its mountaineering team had last month spotted the “Mysterious Footprints of mythical beast ‘Yeti’” near mount Makalu, the world’s fifth highest peak about 20km southeast of Mount Everest.

Less than 24 hours later on Tuesday, PTI reported unnamed sources as saying the army “will share the photos and videos with domain experts to understand more about this”. The sources did not identify the domain experts.

No one is challenging the authenticity of the images. But the fresh announcement raised questions on how the army reached the conclusion that they are yeti footprints before domain experts had analysed them.

In the absence of conclusive scientific assessment, social media users had a field day with their own irreverent theories.

The mirth was amplified by a congratulatory tweet by Sangh ideologue Tarun Vijay: “But please, you are Indian, don’t call Yeti a beast. Show respect….”

The Indian Army’s Additional Directorate General for Public Information (ADGPI) had tweeted on Monday night: “For the first time, an Indian Army mountaineering expedition has sited Mysterious Footprints of mythical beast ‘Yeti’ measuring 32x15 inches close to Makalu base camp on 09 April 2019. This elusive snowman has only been sighted at Makalu-Barun National Park in the past.”

Daniel C. Taylor, who has extensively explored the Makalu-Barun area and written a book on the mystery of the Yeti, said the footprints were likely to be those of bears.

“If that is the footprint of an animal or a single animal, it’s the size of a dinosaur,” he told Reuters, adding that repeated measurements of the footprints were required to ascertain their origin.

“One needs to really confirm those measurements of the footprint size because we know for sure that there are no dinosaurs living in the Barun valley.”

Tales of a mysterious ape-like creature have endured along the Himalayan region and in Tibetan folklore for at least over 200 years but scientific efforts have not yielded any clues other than speculation that the yeti may be a previously unrecognised high-altitude bear.

An army spokesperson said the team members were still on their adventure expedition near Makalu and expected to return in early June. “We’ll share whatever evidence they have collected with the scientific community after the team returns,” the spokesperson said.

But the army’s tweet generated multiple responses on Twitter. “The result of reading (too) much Tintin,” a user wrote, referring to Tintin in Tibet, the 1960 comic book by Herge in which Tintin encounters an yeti.

Another tweeter calling herself Chowkidar Smita Barooah posted: “…Maybe something out of the box to draw attention to their expedition.”

In election season, some chose to connect the claim relating to yeti with politics.

“Modiji ko vote karne bahar aaya hoga (Must have come out to vote for Modi),” wrote one tweeter.

“Footprint suggests that this Yeti is one-legged. Looks like he lost his other leg in Balakote air strike!” another user wrote.

One tweeter shared the pictures uploaded by the army and quipped: “Those asking for proof of Modiji ever going to Himalayas, here’s the proof. I clicked his footprints.”

Sangh ideologue Vijay posted a congratulatory note to the army with some advice.

“Congratulations, we are always proud of you. Salutes to the Indian army mountaineering expedition team. But please, you are Indian, don’t call yeti as beast. Show respect for them. If you say he is a ‘snowman.’”

In 2014, an international team of scientists had conducted genetic studies on hair samples from across the world from what were claimed as mysterious creatures, including a hair sample from Ladakh and a sample from a bamboo forest in Bhutan.

The scientists said the preserved hair sample from Ladakh had come from an animal shot by an experienced hunter about 40 years ago who said its behaviour had been “very different” from what would be expected from a brown bear.

The researchers from the Institute of Human Genetics in the UK and collaborators in Germany, Switzerland and the US had said their study had indicated the hair might have belonged to a “previously unrecognised bear species”.

“If these bears are widely distributed in the Himalayas, they may well contribute to the biological foundation of the yeti legend, especially if, as reported by the hunter who shot the Ladakh specimen, they behave more aggressively towards humans than known indigenous bear speices,” Bryan Sykes at the IHG and his colleagues wrote, describing their results in the journal Proceedings of the Royal Society B: Biological Sciences.