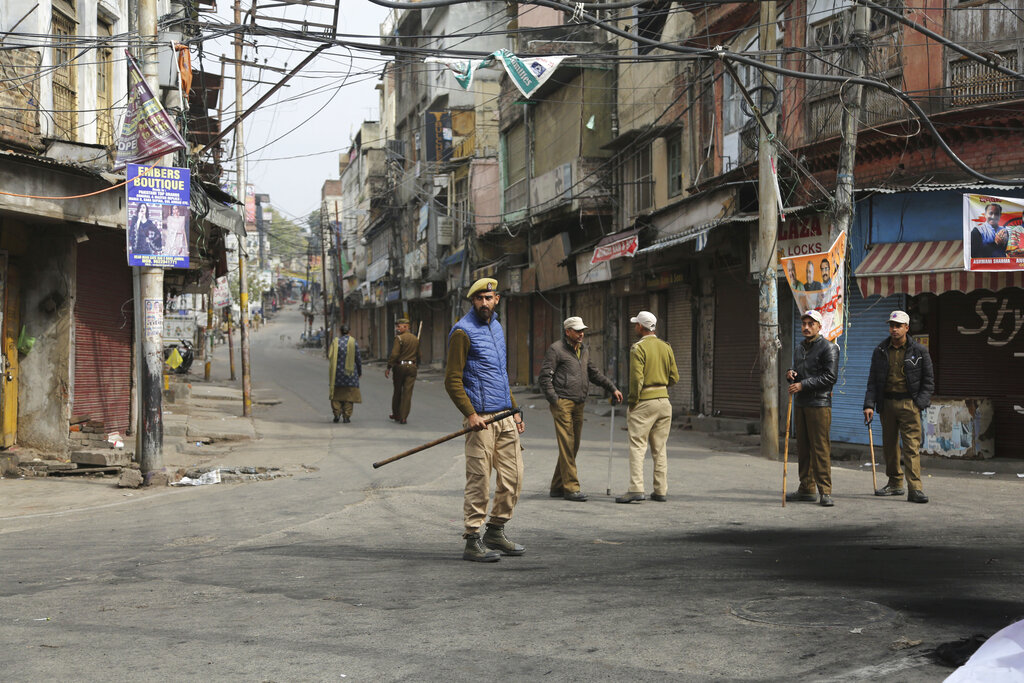 Four army personnel, including a major, and two Jaish terrorists were killed in an encounter in Jammu and Kashmir's Pulwama district on Monday, days after a suicide bomber from the group drove his explosives-laden vehicle into a CRPF bus in the area, defence officials said.

A civilian was also killed in the exchange of fire in Pinglan area of south Kashmir's Pulwama district, they said.

Four army personnel, including a lieutenant colonel, were injured in the gun battle in Pulwama's Pinglan area, about 12 km from the spot of the February 14 attack.

'The terrorists are believed to be linked to the February 14 car bombing,' a defence spokesperson said. The slain terrorists were identified as Kamran, a Pakistani national and top commander of Jaish, and Hilal Ahmad, a local militant recruited by the terror group, according to the officials.

Security forces launched a cordon and search operation during the night after receiving inputs about the presence of militants in the area, a police official said.

Militants fired at forces as the searches got under way, triggering a gun battle, officials said.