Gen M.M. Naravane was given a detailed briefing by senior army officials about deployment of troops and weaponry 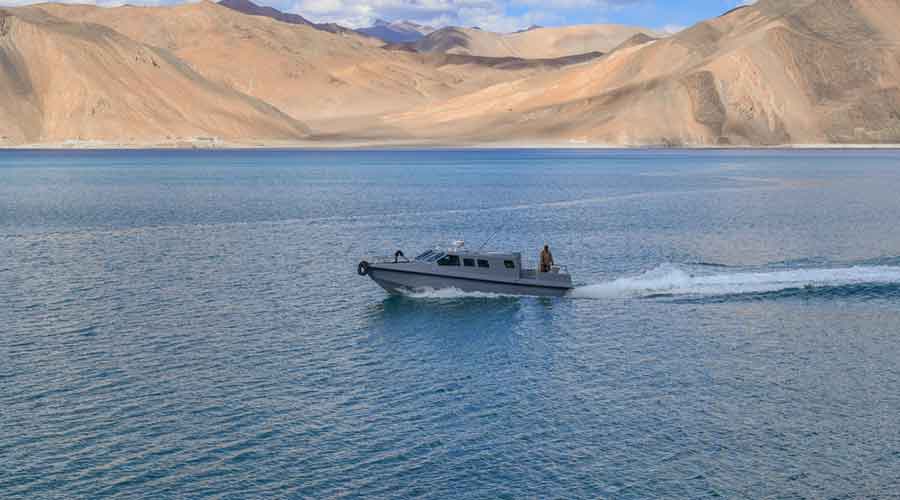 The Army Chief was given a detailed briefing by senior army officials about deployment of troops and weaponry along the LAC, the de-facto border between India and China.

In view of the tense border row with China in eastern Ladakh, the Army has significantly ramped up deployment of troops in all sensitive areas along the nearly 3,500-km-long LAC including in the Arunachal and Sikkim sectors.

The Indian Air Force(IAF) has also deployed additional fighter jets and attack helicopters in key bases looking after the airspace along the LAC in the Arunachal sector, the sources said.

With the disengagement process in eastern Ladakh not moving forward, the Army is preparing to maintain current strength of troops and weapons along the LAC during the winter months as well, the sources said.

"The Army Chief carried out a comprehensive review of military preparedness in the Arunachal sector," said a source.

The 4 Corps based in Assam's Tezpur town is tasked to keep a vigil on the LAC in Arunachal sector.

Gen Naravane is scheduled to return to Delhi on Friday.

India and China have held several rounds of diplomatic and military talks aimed at disengagement of troops from friction points in eastern Ladakh.

On August 2, the two armies held the fifth round of Corps commander-level talks in an effort to expedite the disengagement process.

At the talks, the Indian side insisted on complete disengagement of Chinese troops at the earliest, and immediate restoration of status quo ante in all areas of eastern Ladakh prior to May 5 when the standoff began following a clash between the two armies in Pangong Tso.

The Chinese military has pulled back from Galwan Valley and certain other friction points but the withdrawal of troops has not moved forward from the Finger areas in Pangong Tso since mid-July, according to sources.

India has been insisting that China must withdraw its forces from areas between Finger Four and Eight. The mountain spurs in the area are referred to as Fingers.

The formal process of disengagement of troops began on July 6, a day after a nearly two-hour telephonic conversation between National Security Advisor Ajit Doval and Chinese Foreign Minister Wang Yi on ways to bring down tensions in the area.

In the first round of the Corp commander-level talks on June 6, both sides finalised an agreement to disengage gradually from all the standoff points beginning with Galwan Valley.

However, the situation deteriorated following the Galwan Valley clashes on June 15 in which 20 Indian army personnel were killed. China has not released information on casualties on its side but according to an American intelligence report it was 35.

The second round of talks took place on June 22.

In the third round of military talks on June 30, both sides agreed on an "expeditious, phased and step wise" de-escalation as a "priority" to end the standoff.

After the Galwan Valley incident, the government has given the armed forces "full freedom" to give a "befitting" response to any Chinese misadventure along the LAC.

The Army has sent thousands of additional troops to forward locations along the border following the deadly clashes. The IAF has also moved air defence systems as well as a sizable number of its frontline combat jets and attack helicopters to several key air bases.