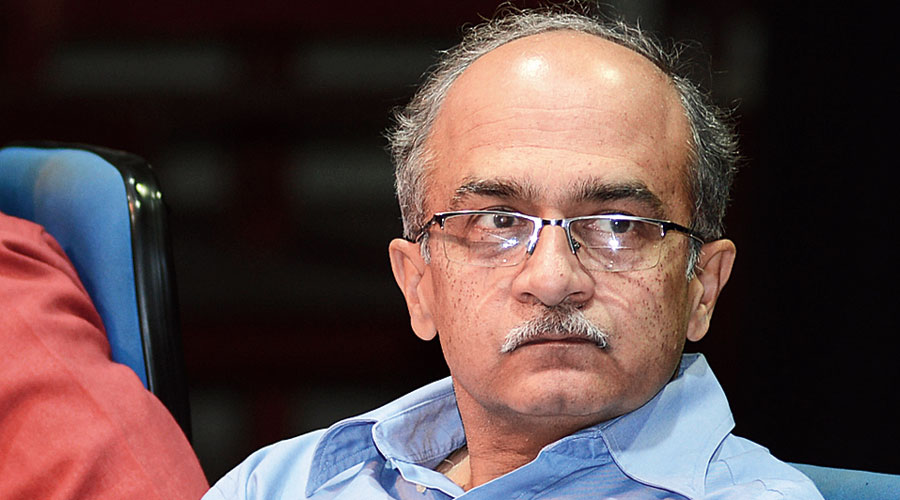 Civil liberties organisations Campaign for Judicial Accountability and Reforms (CJAR) and the People’s Union for Civil Liberties (PUCL) have said the Supreme Court’s conviction of lawyer Prashant Bhushan for his tweets has “lowered its own dignity in the eyes of the ordinary person” and that it would “be more damaging of the image” of the court.

Bhushan was on Friday convicted of criminal contempt of court for two tweets, one of which spoke about the destruction of democracy while the other referred to the current Chief Justice of India.

The CJAR has urged the apex court to reconsider its decision, saying the judiciary must “command respect” and not demand it.

“By convicting Mr Bhushan for criminal contempt, we believe that the court has lowered its own dignity in the eyes of the ordinary person in India. Once hailed as one of the ‘most powerful constitutional courts’ in the world, it is unfortunate that the court is intolerant of even the most temperate and well-intentioned criticism,” a statement from the CJAR, whose members include former apex court judge Justice P.B. Sawant, said.

“We call upon each and every sitting judge of the Hon’ble Supreme Court to reconsider this decision that has, more than anything, harmed the court’s own prestige and dignity in the eyes of the public.”

The PUCL said Bhushan’s conviction would reinforce the view that the apex court “will not allow any public questioning or criticism of its functioning”, and would hurt its image more than Bhushan’s tweets could.

The CJAR said that Bhushan, who is its convener, cannot be held guilty of contempt because the tweets were “expressions of his anguish and a bona fide criticism of the court and the Chief Justice of India”.

It said Bhushan’s freedom of expression was protected under Article 19(1)(a) of the Constitution and “cannot be stifled by such a conviction”.

“When the functioning of the court has been disrupted due to the Covid-19 pandemic and important cases concerning the rights of millions are being adjourned for weeks and months, the haste with which the court has proceeded to hear and convict Mr Bhushan is unseemly and sends a message of stern consequence to those who choose to express themselves in manners that are not palatable to judges,” the CJAR said.

“The judiciary commands respect and never demands it. It earns respect through its impartial and effective decisions and interpretation. The Supreme Court has enjoyed a hallowed status due to the work of progressive and thoughtful judges who have expanded human rights and defended liberty. Respect and dignity cannot be demanded from citizens on the threat of contempt.

According to the CJAR, few dare speak up against the judiciary because of the swift retribution of contempt. “Criminal contempt to prop up the court’s dignity (as opposed to other forms of contempt), is an archaic, obsolete law, in long disuse in its country of origin and abolished in several other countries,” it said.

“It is time to free ourselves from the yoke of this stifling law, to look deeply into its purpose, and ensure that it is not used to silence opinions that seek accountability and reforms in the functioning of the judiciary.”

The PUCL’s statement said the court’s finding would only strengthen the view that like other democratic institutions in India, it was cracking down on dissent.

“The SC (Supreme Court) too is unwilling to acknowledge serious issues about the way the judicial system is functioning and is acting in a manner which would silence democratic voices, using the draconian power of ‘contempt of court’,” said the statement, issued by Ravi Kiran Jain, national president of the PUCL, and D.V. Suresh, its national general secretary.

“We would like to point out that Prashant Bhushan is not the first person to raise serious and critical questions about the administration of justice in the highest court of the land.”

The reference was to the January 2018 news conference held by four Supreme Court judges — Justices J. Chelameswar, Ranjan Gogoi, Madan Lokur and Kurian Joseph — where they expressed their disagreement with then Chief Justice of India Dipak Misra over the allotment of cases to benches and other matters.

“In particular, the issues raised by the four senior judges are central to the independence of the judiciary: manner of deciding the roster and composition and strength of benches, integrity of judicial process, institutional integrity, transparency in appointment of judges, etc. They had clearly and openly indicated that these vital principles have not just been flouted but ethically compromised,” the PUCL said.

Quoting the four judges, it said: “There have been instances where case(s) having far-reaching consequences for the nation and the institution had been assigned by the Chief Justices of this court selectively to the benches ‘of their preference’ without any rational basis for such assignment.

“While the language and content of the tweets (by Bhushan) may not be agreeable or palatable, the fact remains that Prashant Bhushan was only articulating a widespread view amongst many sections of the public, raising questions about the response of the apex court.

“The correctness of Prashant Bhushan’s views about the role of former CJIs may be debated, but the fact remains that many sections of society feel that the structures of democracy are being dismantled and destroyed before our very eyes and the constitutionally mandated institutions are failing to play their independent, monitoring role.

“In such a situation the SC, to which people still look up with respect and hope, is increasingly being seen by people to be supportive of the State and unresponsive to democratic and constitutional concerns.”

The PUCL described Bhushan as an “indefatigable fighter for constitutional values and the ordinary citizen” and said his conviction for the tweets would only reinforce the view that the “SC will not allow any public questioning or criticism of its functioning and is not averse to using contempt laws to silence voices seeking transparency and accountability of the judiciary”.

“Ironically, it is this view which will be more damaging of the image of the SC rather than the import of the tweets of Prashant Bhushan,” it added.