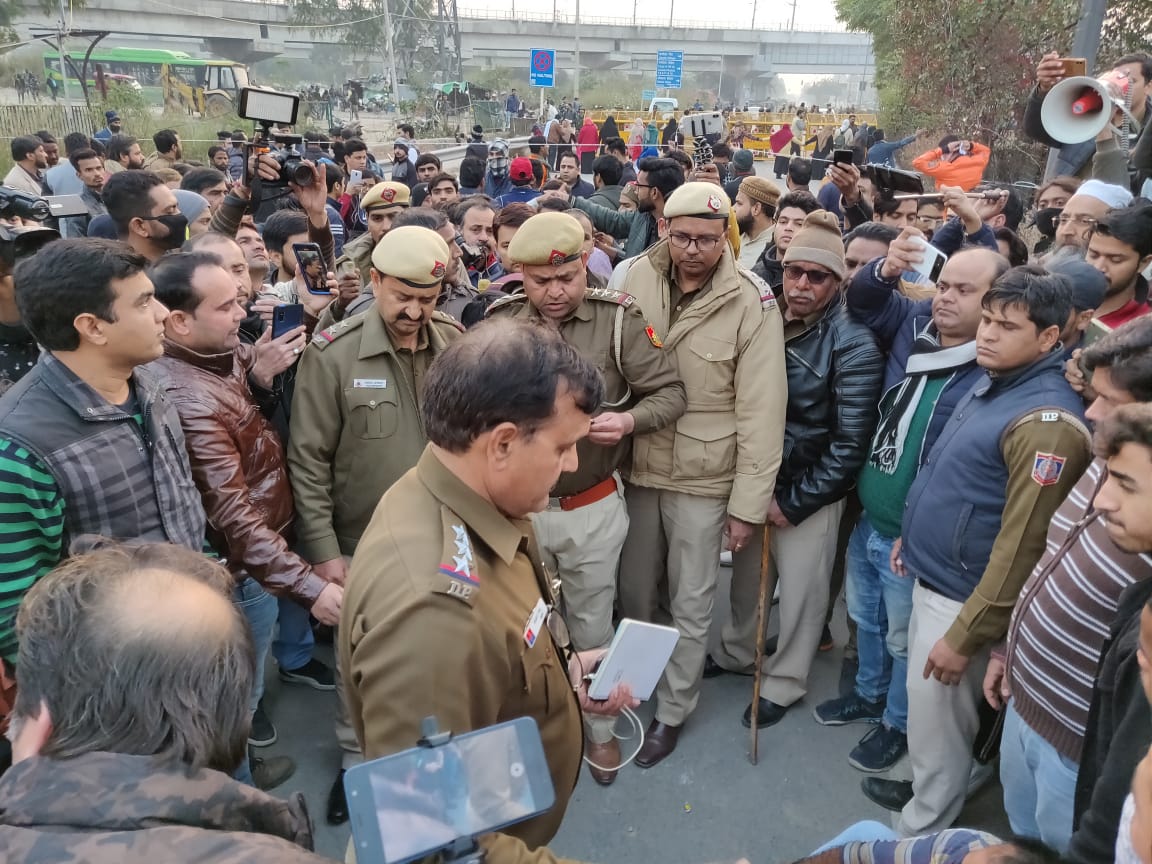 A man, later identified as Kapil Gujjar from Dallupura in east Delhi, fired at the Shaheen Bagh protest site on Saturday . He approached Shaeen Bagh from Jasola Vihar and fired a shot at the stage erected at the protest site from a distance of about 50 meters, unable to go past barricades. This is the second time in the past three days that a man has shot at protesters. On Thursday, a juvenile, who identified himself as Rambhakt Gopal, fired a shot at the protesters marching in front of the Jamia Millia Islamia, injuring a Kashmiri student.

Gujjar was immediately apprehended by locals and handed over to the police which took him to Sarita Vihar police station.

“Hamare desh me kisi aur ki nahi chalegi, bas Hinduon ki chalegi (No one else can have a say in our country, only Hindus will have a say in it),” a video captured him saying while being taken away by the police.

Earlier, a man identified as Lukmaan, pulled out a gun at the Shaheen Bagh protest site and shouted ominous warnings against the protesters if they do not vacate the area.

The Jamia teachers’ body blamed the Thursday shooting on BJP MP Anurag Thakur’s provocative speech, where he provoked people to shout “gun down traitors.” He has since been banned from campaigning by the Election Commission of India. Following the Saturday shooting, the women of Shaheen Bagh formed a human chain at the periphery of the protest site.

#WATCH Delhi: Man who fired bullets in Shaheen Bagh has been taken away from the spot by police. The man claims to be Kapil Gujjar, a resident of Dallupura village (near Noida border). pic.twitter.com/6xHxREQOe1