Protesters were demanding scrapping of the contentious law 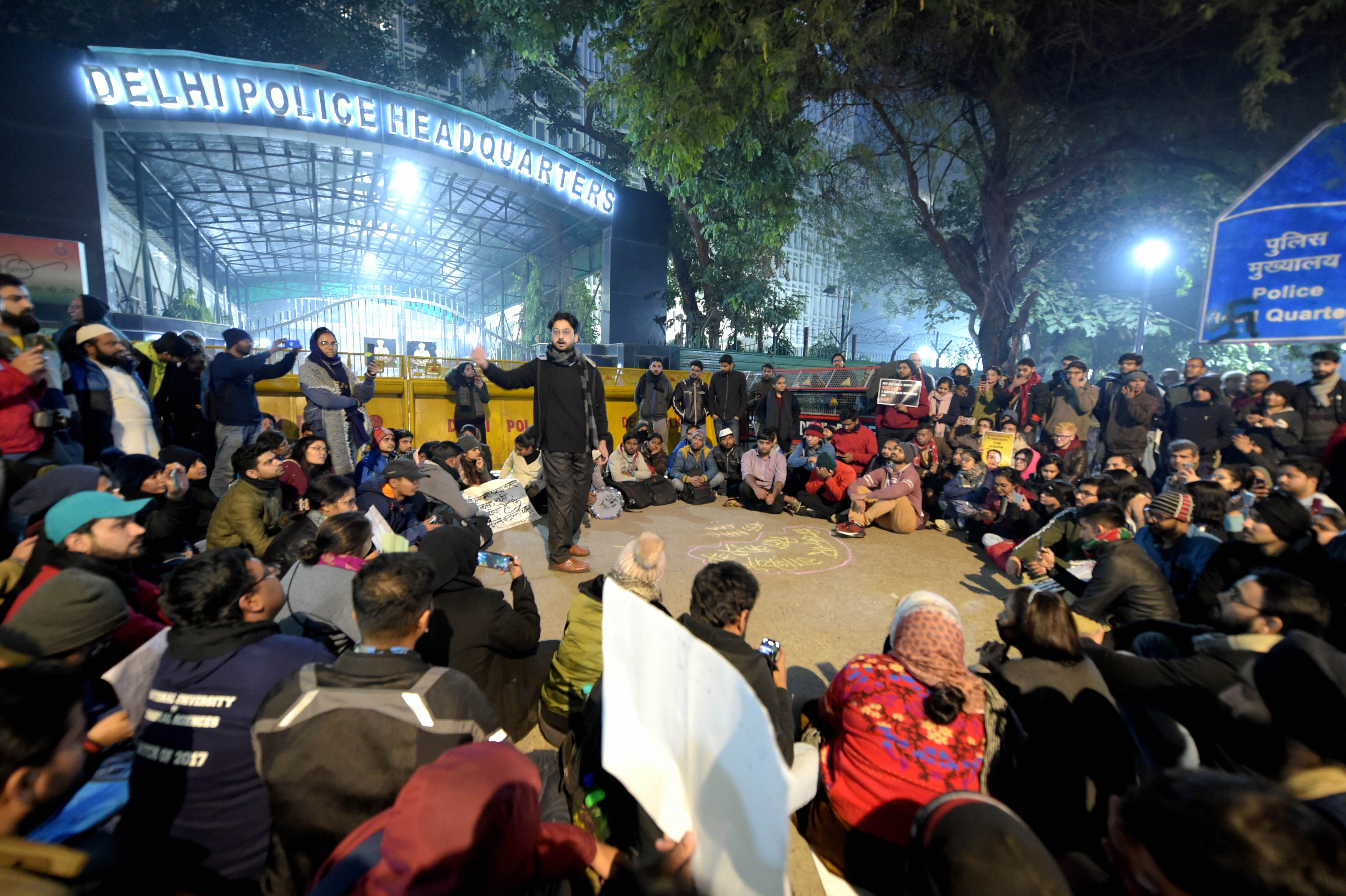 Scores of people took out a march in south Delhi on Sunday in support of Jamia Millia Islamia students and those facing police action for violent protest against the new citizenship law.

Holding placards, people shouted 'Inquilab Zindabad' and demanded scrapping of the contentious law during the march in the Alaknanda area. A group of Jamia students also participated in the protest.

One of the placards read 'Hum kagaz nahi dikhayenge (We will not show documents), reject CAA, NRC', and another said, 'I stand with Jamia'.

The national capital has been witnessing a number of protests, some of them violent, against the law for a week.

On Friday, a few people set a car on fire, damaged several vehicles and resorted to stone-pelting near Delhi Gate after police baton-charged them and used water cannon to disperse the crowd.