Advertisement
Home / India / Another flight from Bucharest, with 183 passengers, lands in Mumbai

Another flight from Bucharest, with 183 passengers, lands in Mumbai 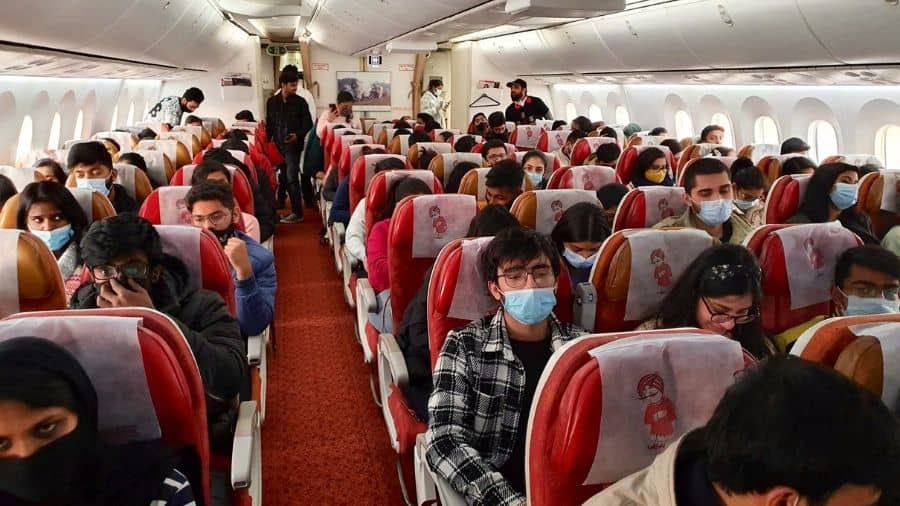 A flight from Bucharest carrying 183 Indians stranded in Ukraine landed in Mumbai Thursday, an official said.

An infant was among the passengers, the official said.

Union minister Raosaheb Danve welcomed passengers of the third evacuation flight from Bucharest to Mumbai, as soon as the Air India Express Flight IX 1202 landed here around 5.30 am.

"I have been asked by Prime Minister Narendra Modi to welcome you. There were around 17,000 Indians, including students, stranded there (in Ukraine) and the PM started Operation Ganga to evacuate them," Danve said, interacting with passengers, many of them students, inside the aircraft.

Around four to five thousand Indians have been brought home so far and the operation will continue to bring back those still stranded there to the country, the minister said.

An Air India Express flight carrying 182 Indians from Ukraine had landed in Mumbai from the Romanian capital Bucharest on Tuesday morning.

That was the second evacuation flight operated to Mumbai from Bucharest to bring back Indians from war-ravaged Ukraine since February 27.