Polling is underway since 7am across the state's 17 Lok Sabha seats where 3.11 crore voters are eligible to exercise their democratic right 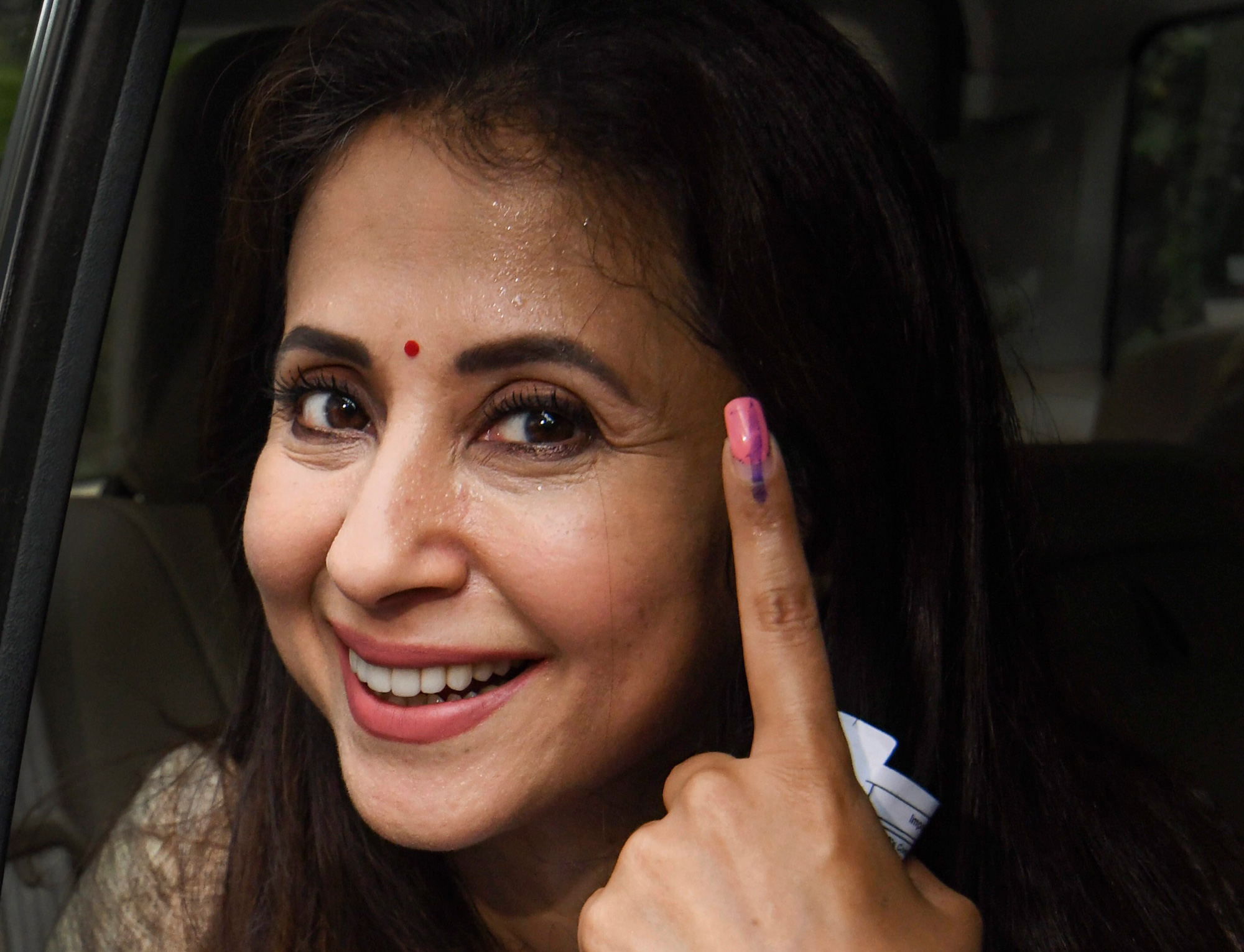 Congress's candidate from Mumbai North constituency Urmila Matondkar shows her inked marked finger after casting vote during the 4th phase of the 2019 Lok Sabha elections, at a polling station in Mumbai on Monday, April 29, 2019.
PTI
PTI   |   Mumbai   |   Published 29.04.19, 05:55 AM

Polling is underway since 7 am across the state's 17 Lok Sabha seats where 3.11 crore voters are eligible to exercise their democratic right.

Union minister Subhash Bhamre (contesting from Dhule), and Congress leaders Milind Deora (Mumbai-South) and Matondkar (Mumbai-North) are among the key candidates in the state.

In Mumbai-North East seat, where sitting BJP MP Kirit Somaiya has been denied a ticket, the main contest is between the party nominee Manoj Kotak and NCP's Sanjay Dina Patil.

Saffron allies BJP and Shiv Sena are contesting three seats each out of total six in Mumbai.

The Congress nominees are in the fray in five of these seats while the NCP has fielded its candidate in one seat.

Maharashtra sends 48 MPs to Lok Sabha, the second highest after Uttar Pradesh which has 80 parliamentary seats.