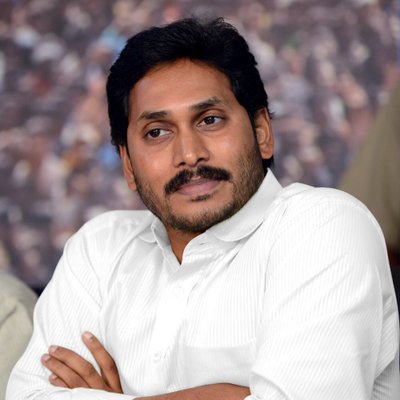 The AP Decentralisation and Inclusive Development of All Regions Bill, 2020, also provides for dividing the state into various zones and establishing zonal planning and development boards.
Twitter/@ysjagan
PTI   |   Amaravati (Andhra Pradesh)   |   Published 20.01.20, 08:02 AM

The Y. S. Jagan Mohan Reddy government on Monday introduced a bill in the Andhra Pradesh Legislative Assembly to give shape to its plan of having three capitals for the state, with the executive capital in Visakhapatnam, legislative capital in Amaravati and judicial capital in Kurnool.

The AP Decentralisation and Inclusive Development of All Regions Bill, 2020, also provides for dividing the state into various zones and establishing zonal planning and development boards.

Earlier in the day, the cabinet met under the chairmanship of chief minister Reddy and cleared the draft bills.

The cabinet also approved the recommendations of the High-Power Committee of ministers and bureaucrats on the issue of the capitals .

Moving the bill on the first day of the extended winter session, finance and legislative affairs minister Buggana Rajendranath said the government decided to enact a new legislation for decentralisation and inclusive development of all regions in the state for ensuring 'balanced and inclusive growth' of Andhra Pradesh.

A day earlier, TDP chief N. Chandrababu Naidu had urged Reddy not to shift the state capital from Amaravati, warning that about Rs 50,000 crore committed investment could be withdrawn and also make farmers suffer.

In an exclusive interview to PTI from Vijayawada, Naidu -- a former chief minister of new Andhra Pradesh and also the undivided state -- said there is 'no logic' in having three capitals and called the government's proposed plan just a 'witch hunt' against the Telugu Desam Party(TDP).

'Does it makes sense to shift the capital when the construction is almost at an advanced stage? An investment of nearly Rs 50,000 crore has been committed that has potential to generate 50,000 jobs in the state. About 130 institutes from hospitals to education hub were to come up. All this will not happen if the capital is shifted,' Naidu said.