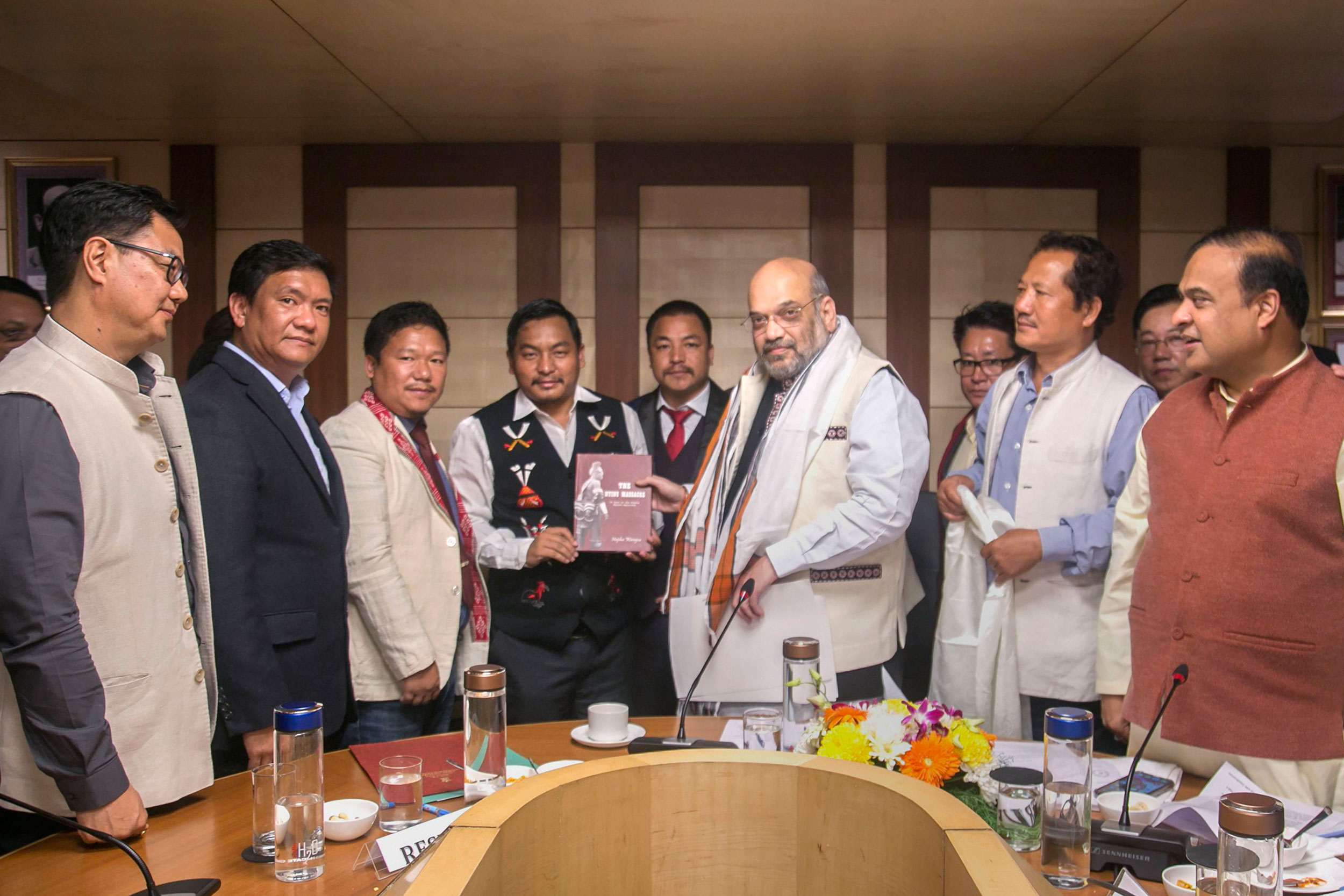 Union home minister Amit Shah on Saturday met stakeholders from the Northeast to allay apprehensions about the proposed Citizenship Amendment Bill, two days after fears relating to the National Register of Citizens cost the BJP in the Bengal by-elections.

“The Centre is rattled after the NRC scare resulted in defeats for the BJP on Thursday in all the three Assembly by-elections in Bengal. The meeting was called to allay the Northeast’s fears over the proposed citizenship bill,” a home ministry official said.

The NRC and the citizenship bill are two sides of the same coin. While the NRC update — which Shah has threatened to carry out nationwide — attempts to identify illegal immigrants, particularly those from Bangladesh, the bill seeks to shield non-Muslim immigrants from detention or deportation.

By amending the Citizenship Act of 1955, the proposed bill seeks to grant across-the-board citizenship to Hindu, Sikh, Buddhist, Jain, Parsi and Christian immigrants from Bangladesh, Pakistan and Afghanistan even if they cannot furnish the necessary documents. The bill is a BJP poll promise.

While the NRC has prompted fears in Bengal about large-scale detentions and deportations, the bill has raised apprehensions in the Northeast that it will nullify provisions of the 1985 Assam Accord that says all immigrants who arrived after March 24, 1971, are illegal aliens irrespective of religion.

On Friday, 12 non-BJP parliamentarians from the Northeast had urged Prime Minister Narendra Modi to exclude the northeastern states from the ambit of the proposed bill. They said that enforcement of the amendment in the region would leave its tribal population vulnerable to displacement.

Early in November, hundreds of students had hit the streets in Arunachal against the Centre’s plan to apply the bill to the Northeast. The protest was organised by the All Arunachal Pradesh Students’ Union under the banner of the North East Students’ Organisation, a conglomeration of several student bodies of the region.

The Congress, Trinamul, CPM and several other political parties have steadfastly opposed the proposed bill, saying citizenship cannot be granted on the basis of religion.

The previous Narendra Modi government had got the bill passed in the Lok Sabha but did not introduce it in the Rajya Sabha, apparently because of pressure from the Northeast. The bill lapsed following the dissolution of the last Lok Sabha.