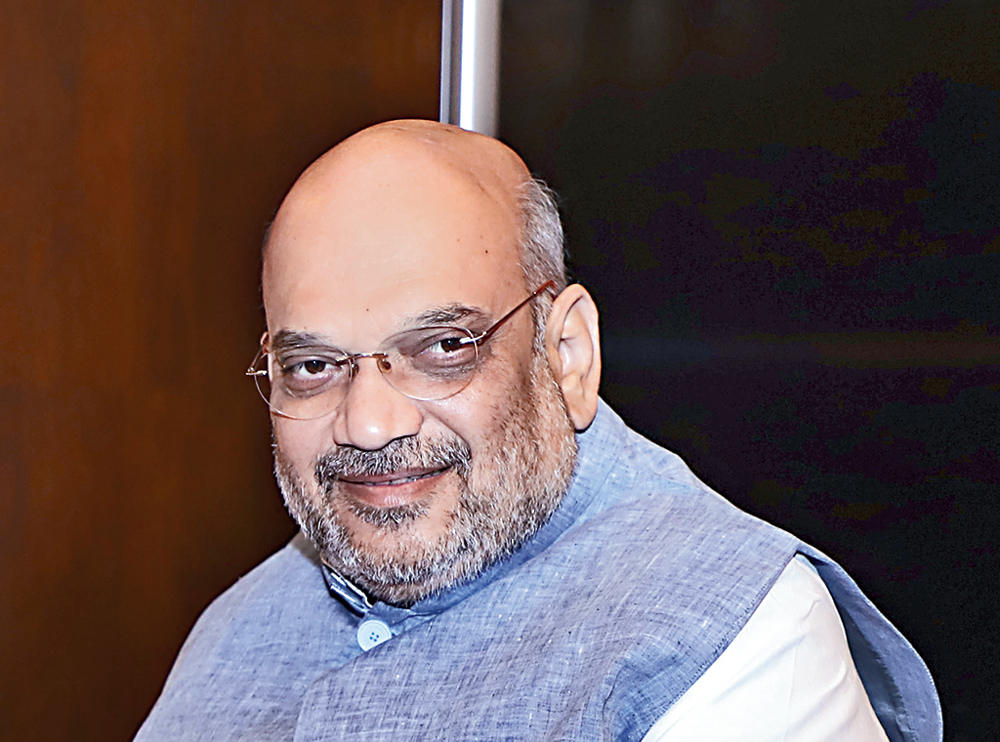 Union home minister Amit Shah is scheduled to visit the Kashmir Valley for two days beginning Wednesday amid speculation that the Centre is considering delimitation of constituencies in the state that is now under President’s rule.

This will be Shah’s first visit to Kashmir as Union minister. Sources said the minister will review the security situation and will co-chair a meeting of the unified headquarters with governor Satya Pal Malik. Unified headquarters is the state’s apex anti-militancy security grid, made up of top officials of the army, paramilitary forces, central intelligence agencies and state police engaged in anti-insurgency operations.

“During his two-day visit the minister will not visit the Jammu and Ladakh divisions of the state,” a home ministry official said.

Shah will visit the Amarnath cave on Wednesday afternoon to pay obeisance, the official added. The Amarnath Yatra begins on July 1 and ends on August 15. “He will review security arrangements for the yatra,” the official said.

Earlier, the home minister was scheduled to visit the Valley for a day on June 30 but the trip was advanced because Shah will have a busy schedule ahead of the Union budget on July 5.

Since taking charge as home minister, Shah has held closed-door meetings with security officials at his North Block office on the internal security situation in the Valley, fuelling speculation that the Centre is considering taking up the long-pending delimitation of constituencies in the state.

After media reports appeared about the plans, Mehbooba Mufti, who heads the PDP, and Omar Abdullah of the National Conference both opposed any such move. Sources said there is a fear that the number of seats in the Jammu region could be increased, which could open the door for a Hindu chief minister –a longstanding BJP demand. So far, the state has always had a Muslim chief minister.

The last time a delimitation exercise had taken place in the state was in 1995, also under President’s rule.

A security official said the Centre was likely to continue with its tough approach and bullet-for-bullet policy in the Valley.

A senior BJP leader and Jammu and Kashmir in-charge said on Tuesday that talks with separatists can be held only if they have respect for the Constitution of India, threatening to prick the talks balloon even before it take off.

Avinash Rai Khanna, who is also BJP vice president, said in Srinagar: “If they respect the constitution, accept the law, we can talk to them. If somebody is not respecting the constitution, nobody will talk to him.”

He added: “We are open for talks. Hurriyat leaders are own people, they are the residents of J&K, so they are most welcome to talk to us, including Prime Minister Narendra Modi, but within the ambit of Indian Constitution.”

Khanna’s remarks came two days after governor Satya Pal Malik praised moderate Hurriyat Conference chairman Mirwaiz Umar Farooq and claimed the separatist leadership was ready for talks in what appeared to be an olive branch since the administration cracked down hard on the pro-azadi camp early this year.

The moderate Hurriyat faction led by Mirwaiz supports the unconditional talks on Kashmir but it is unlikely they will do so under the condition set by the senior BJP leader.

“It is like killing the initiative even before it takes off,” a Hurriyat source said.