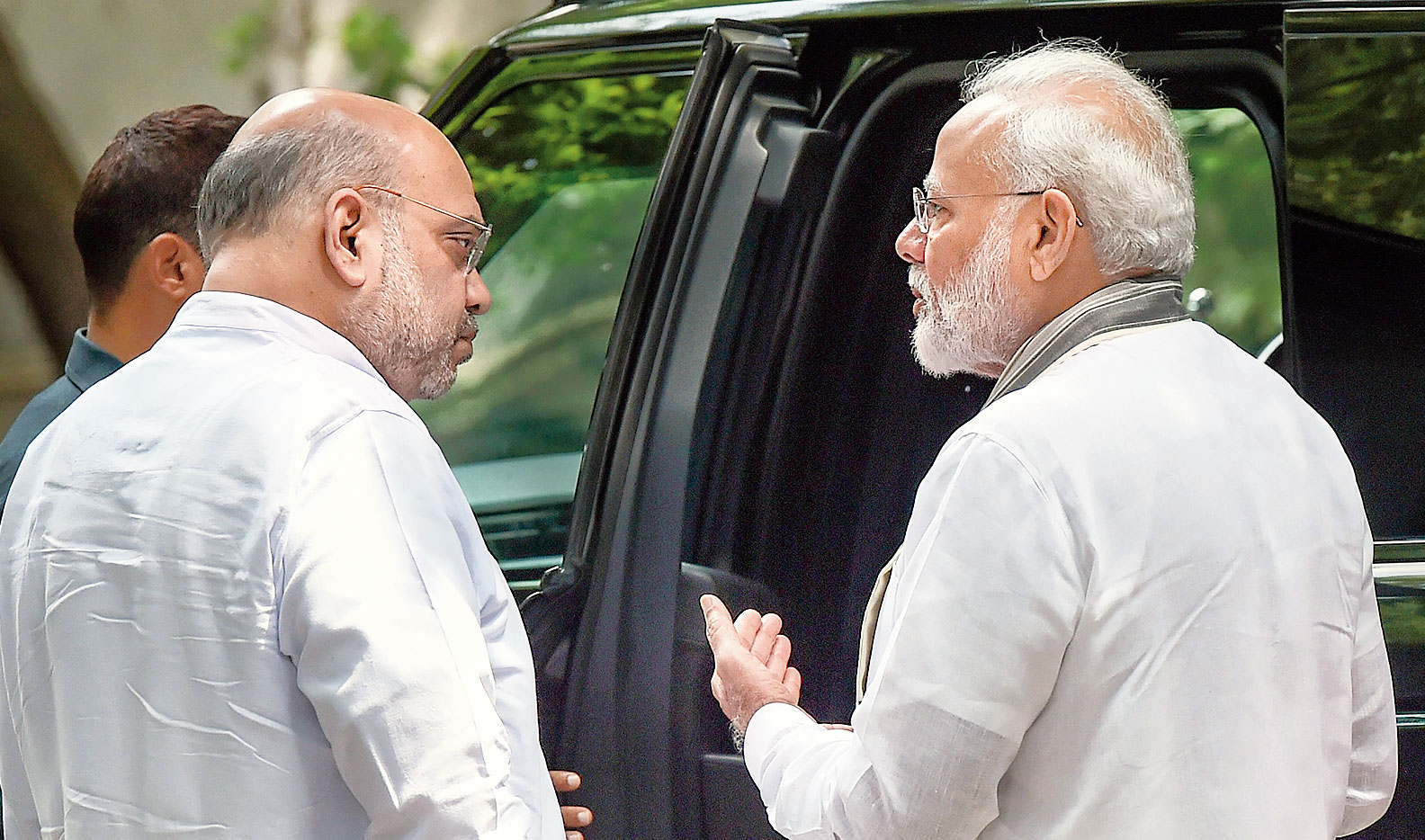 Shah and Modi after paying their condolences to the family members of Arun Jaitley at the former finance minister’s residence in New Delhi on Tuesday.
(PTI)
Our Special Correspondent   |   New Delhi   |   Published 27.08.19, 10:47 PM

BJP president and home minister Amit Shah on Tuesday moved into the 6A Krishna Menon Marg bungalow in Lutyens Delhi, which had been the official residence of former Prime Minister Atal Bihari Vajpayee.

Shah’s address in the national capital so far had been 11 Akbar Road. In terms of size and spread, there’s little difference between the two bungalows but the political symbolism was not lost on the corridors of power.

Vajpayee was the BJP’s tallest mass leader and its first Prime Minister. Shah is seen as the second most powerful leader in the government and also the “natural successor” to Prime Minister Narendra Modi.

Vajpayee passed away on August 16 last year. His family vacated the house early this year. Renovation was under way after it was allotted to Shah.

At the earlier 11 Akbar Road address, sources said, an architect from Ahmedabad had been called and the central public works department (CPWD) had executed the work under his direction.

Officially, the BJP refrained from making any statement on Shah’s new address. “We have nothing to say on this,” one party spokesperson said.

BJP leaders saw the shift as a reflection of the leader’s importance in the current regime.