At the launch of the development projects, he delivered an election speech, stressing the Modi government’s commitment towards Tamil Nadu’s development and its support for the state administration 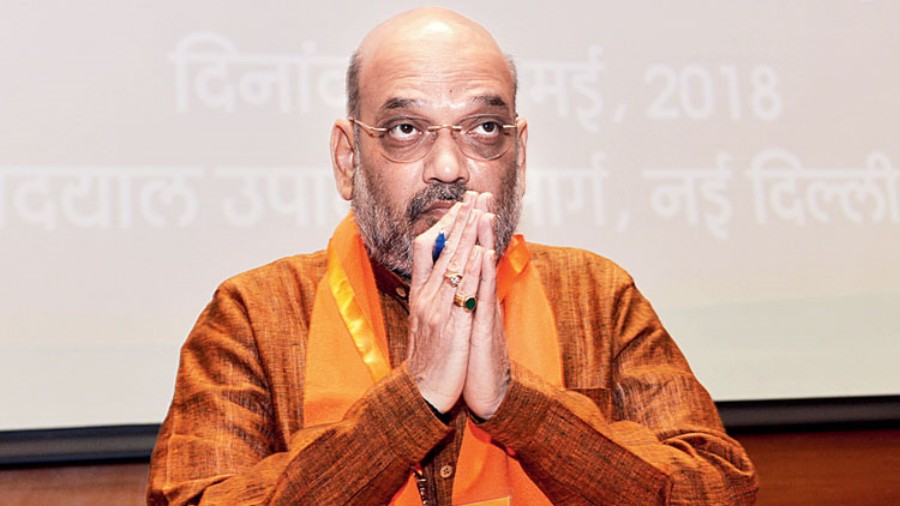 Shah had been invited for the virtual launch of a slew of development projects, including a Metro train service in Chennai and an elevated highway in Coimbatore.

It’s not the home minister who typically launches such projects. However, the trip by Shah came amid a recent strain in ties with the southern ally.

The BJP had recently conducted “Vetrivel Yatras” across Tamil Nadu in honour of Lord Murugan in a Hindu outreach programme despite the AIADMK government banning the Yatra over pandemic worries. The BJP had termed the ban “anti-Hindu”.

The ally was also unhappy at the BJP’s use of a picture of the AIADMK founder, M.G. Ramachandran or MGR, in its video campaign for the Yatra.

On Saturday, however, the AIADMK leadership sought to bury these irritants with chief minister E. Palaniswami, accompanied by his deputy O. Panneerselvam and other senior ministers, receiving Shah at the airport.

Panneerselvam later affirmed: “We will continue our alliance with the BJP.”

Shah got off his vehicle and walked on the busy GST Road outside the airport to greet supporters. Hundreds of AIADMK members joined the BJP cadres in receiving him.

Police detained a man allegedly for flinging a placard as Shah walked to greet the people, PTI reported.

At the launch of the development projects, Shah delivered an election speech, stressing the Narendra Modi government’s commitment towards Tamil Nadu’s development and its support for the AIADMK administration.

Shah urged the state’s people to defeat “dynastic parties” in the polls — an allusion to the AIADMK’s chief rival DMK and also to the Congress.

“Wherever state elections have taken place, under the leadership of Modiji, dynastic parties had to face defeat,” Shah said. “Now it’s Tamil Nadu’s turn. Here too one party runs by foregrounding one dynasty and not on democratic norms. I’m sure that when the elections take place, the people will put an end to this dynastic party.”

Shah slammed the DMK-Congress combine over corruption, referring to the 2G controversy.

He later met the BJP’s state and district office-bearers to assess the party’s poll preparedness.

The BJP has been striving to expand its base in the southern states but has so far made little headway in Kerala or Tamil Nadu, where it’s now trying to piggyback the AIADMK.

It’s also trying to poach prominent faces from the rival camp. Actor turned politician Khushbu Sundar, who had been a Congress spokesperson, recently joined the BJP.

The BJP is banking on Prime Minister Modi to win support in Tamil Nadu. In his speech, Shah repeatedly stressed that Modi was committed to the people of the state and their development.

Shah challenged the DMK-Congress to come up with a list of what they had given Tamil Nadu during the 10 years of UPA rule at the Centre. He claimed that Modi’s government had far outstripped the UPA on this front.