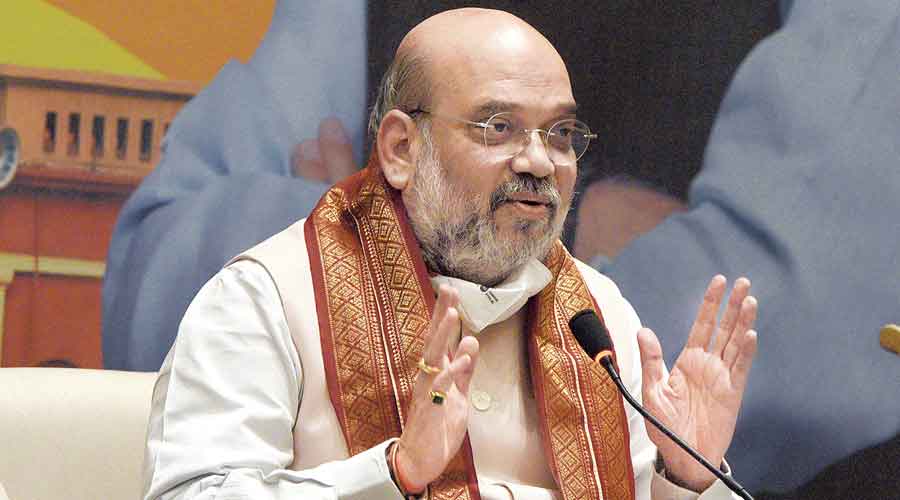 Union Home Minister Amit Shah on Tuesday termed the political party alliance at Jammu and Kashmir as the “Gupkar Gang”, saying that it is an "unholy global gathbandhan" against India’s national interest. He added that the Union territory will always remain an integral part of the country.

Taking to Twitter, Shah also asked Congress leaders Sonia Gandhi and Rahul Gandhi if they support the People's Alliance for Gupkar Declaration (PAGD), which is an amalgamation of national and regional political parties in Jammu and Kashmir established to restore Article 370 that was revoked last year.

"Jammu and Kashmir has been, is and will always remain an integral part of India. Indian people will no longer tolerate an unholy 'global gathbandhan' against our national interest. Either the Gupkar Gang swims along with the national mood or else the people will sink it," the home minister tweeted.

The Congress and the ‘Gupkar Gang’, Shah said, want to take back Jammu and Kashmir back in the years of turmoil and terror and they "want to take away rights of Dalits, women and tribals that we have ensured by removing Article 370."

"The Gupkar Gang is going global! They want foreign forces to intervene in Jammu and Kashmir. The Gupkar Gang also insults India's Tricolour. Do Sonia Ji and Rahul Ji support such moves of the Gupkar Gang ? They should make their stand crystal clear to the people of India," he wrote.

Reacting to his comments, former chief minister of Jammu and Kashmir Omar Abdullah said that Shah’s frustration is a result of the coalition’s decision to contest the upcoming local body polls and not giving the BJP and its allies a free run.

"We are not a gang Amit Shah Ji, we are a legitimate political alliance having fought and continuing to fight elections, much to your disappointment,” the president of the National Conference said.

He also took a dig at the UT’s newly formed Jammu and Kashmir Apni Party, saying, “"I can understand the frustration behind this attack by the Hon'ble Home Minister. He had been briefed that the People's Alliance was preparing to boycott elections. This would have allowed the BJP and newly formed King's party a free run in J&K. We didn't oblige them."

PDP president and former Jammu and Kashmir Chief Minister said that Shah’s comments were meant to divert attention from rising unemployment and inflation.

According to her, the "BJP's stale tactic of dividing India by projecting themselves as saviours and political opponents as internal and imagined enemies is far too predictable now."

"Old habits die hard. Earlier BJP's narrative was that the tukde tukde gang threatened India's sovereignty and they are now using 'Gupkar Gang' euphemism to project us as anti-nationals. Irony died a million deaths since it's BJP itself that violates the constitution day in and day out," she tweeted.