Govt yet to declare date for the resumption of Yatra 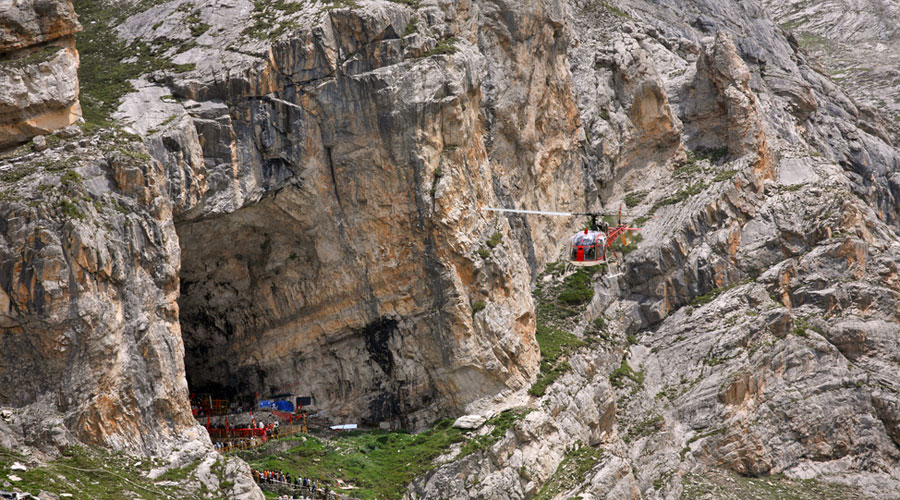 The Jammu and Kashmir administration on Sunday formally threw the Amarnath cave open for the upcoming annual pilgrimage despite an official ban on religious gatherings and ignoring a sharp spike in coronavirus cases in the Valley.

Lieutenant governor G.C. Murmu, who heads the administration of the fledgling Union Territory, performed “pratham aarti”, or the first prayers, at the cave shrine on Sunday, accompanied by a battery of top officials including Kashmir divisional commissioner Pandurang K. Pole, the principal secretary and CEO of the Shri Amarnath Shrine Board.

Priests and officials attend the “pratham aarti” every year before the Yatra begins.

The government is yet to declare the date for the resumption of the Yatra but official sources said it was likely to start after July 20 and last for around a fortnight. The Yatra usually begins in the month of June but has got delayed this time because of the pandemic.

Sunday’s “pratham aarti” came a day after chief secretary B.V.R. Subrahmanyam said this year’s Amarnath Yatra would have to be undertaken under restrictions to ensure that precautionary measures related to the pandemic are strictly adhered to.

“Given the constraints, a maximum of 500 yatris will be allowed per day by road from Jammu. Therefore, arrangements will have to be limited to this number,” chief secretary Subrahmanyam had said on Saturday while chairing a meeting.

On July 4, the Murmu administration renewed the curbs at “religious places” and said “places of worship shall continue to remain closed for public till further orders”. The government did not explain why the Amarnath Yatra had been exempted.

The Amarnath Yatra had been cut short last year ahead of the scrapping of Jammu and Kashmir’s special status on August 5 to prevent a backlash, although the authorities had then claimed that they had intelligence inputs on terror threats. But this year, the government has chosen to go ahead with the pilgrimage despite the pandemic.

In perhaps a first, Prasar Bharati, India’s official broadcaster, showed the aarti live and will continue to do so every day at 3am and 7pm till at least August 3.

“Happy to share that the Shri Amarnathji Shrine Board in association with Prasar Bharati will bring the live telecast of Aarti from the Holy Cave of Shri Amarnathji on various Doordarshan channels,” Prasar Bharti CEO Shashi Shekhar had tweeted on Saturday.

Murmu told Doordarshan later that he had prayed for the “peace, development and progress of the entire nation and its people”.

Many wondered why the pilgrimage was exempted.

“In #Kashmir, religious places of worship are closed as per government order but Amarnath Yatra is open,” tweeted journalist Fahad Shah. “Either the government thinks pilgrims to Amarnath can’t get infected by Covid-19 or there is some other immunity?” he added.