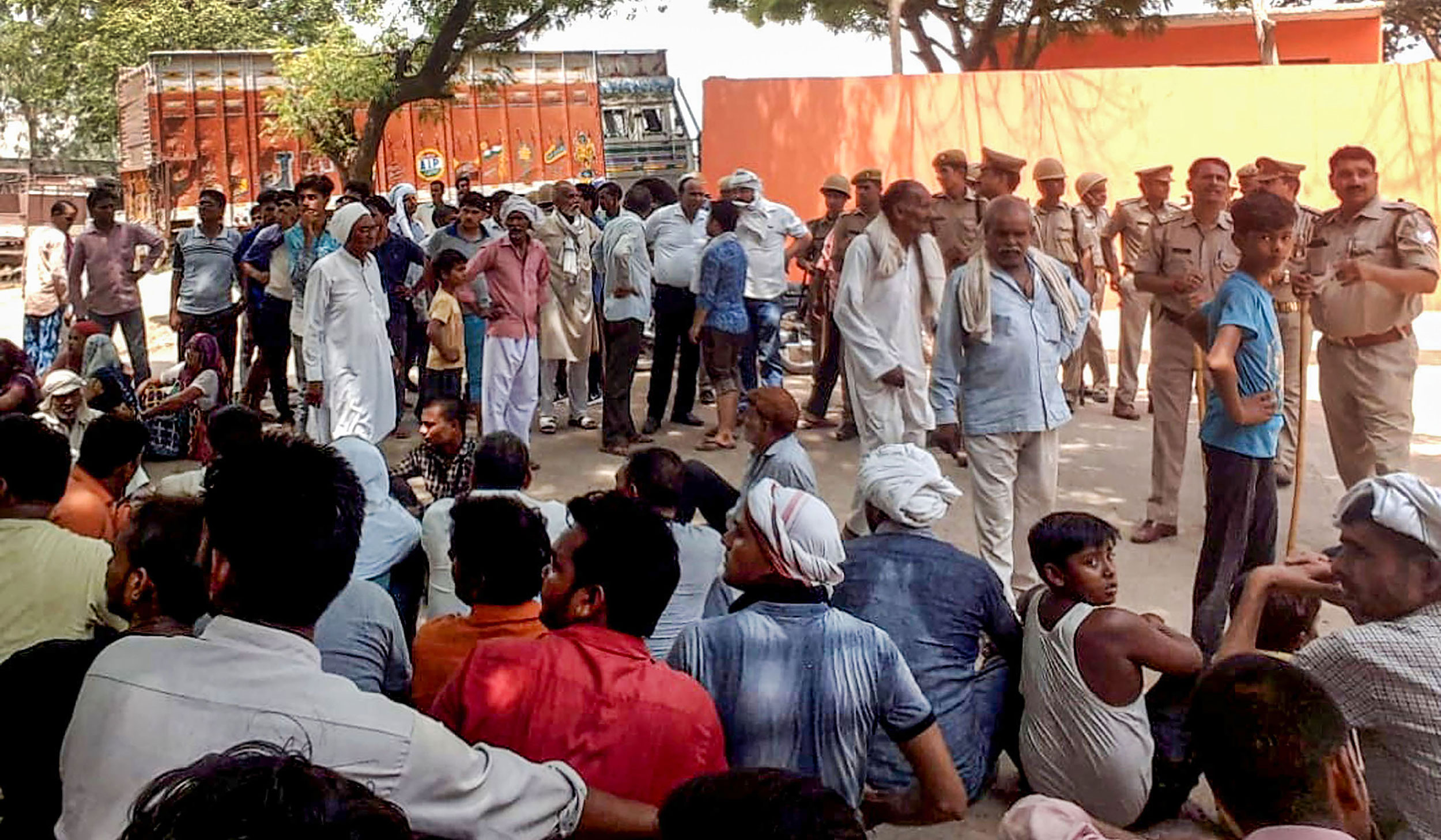 Some BJP supporters’ efforts to communalise a baby girl’s kidnapping and murder in Aligarh district seems to be paying off, with over half-a-dozen Muslim families fleeing their homes in Tappal town’s Kot Mohalla locality for fear of violence.

As soon as suspects Mohammed Jahid and Mohammed Aslam were arrested on June 1, some social media users had begun asking why those who had raised an outcry over the rape and murder of an eight-year-old in Kathua, Jammu, last year were silent now.

The families of Jahid and Aslam fled almost immediately after the two-and-a-half-year-old baby’s mutilated body was found in a garbage dump near their homes on June 2 morning.

Within hours, Aligarh MP Satish Gautam and Khair MLA Anup Pradhan led a BJP protest in the town. Some people barged into the empty homes of Jahid and Aslam and vandalised them.

Local people said at least six more families in Kot Mohalla locked their homes and fled between June 2 and 3, when Bajrang Dal members organised a sit-in on the Aligarh-Palwal road and later a candlelight march demanding death for the accused.

Sangh parivar groups are still holding demonstrations in the town every day.

“We have reports that some people are trying to terrorise the neighbours of Jahid and Aslam, suggesting they sell off their homes and leave. It’s a tactic typically used by the land mafia, who see a great opportunity in such situations,” a police officer in Lucknow said.

On Saturday, Jahid’s wife and elder brother Mehdi Ali were arrested from an undisclosed place.

Anup Kaushik, secretary of the Aligarh district bar association, said the members had decided not to represent the accused. “We want the court to hang them,” he said.

In contrast, after the Kathua atrocity, lawyers in Jammu had demonstrated in favour of the arrested suspects, accusing Valley police of framing the accused because they were Hindus.

“We are keeping a watch on social media and asking people to avoid circulating misleading and false information,” he said. “Those who incite communal passions will be dealt with sternly.”

Jahid, 25, has no previous criminal record but Aslam, 45, was booked twice last year. His wife accused him of sexually harassing their daughter before both women left him, and the parents of a young woman from Delhi whom he had allegedly lured to Aligarh with false promises of marriage accused him of kidnapping her. Aslam was out on bail before his latest arrest.

Dr K.K. Sharma, one of the three government doctors who conducted the post mortem on the baby, said she had been strangled, crushed under a heavy object and mutilated.

“In my seven years of doing post-mortems, I have never seen such brutality. Her nasal bridge was damaged and her left leg and left arm were broken. Her right hand had been removed from her body,” he said.

Forensic experts from Lucknow have been summoned to ascertain whether the brutality was inflicted before or after death.

Several similar atrocities in Aligarh and elsewhere in Uttar Pradesh this week have triggered no public protests.

Nor is any political campaign on for an eight-year-old girl from Bareilly, 180km northeast of Aligarh, who was allegedly raped by auto driver Mohammad Arbaz on June 7. The girl too is from the minority community.