Alert over influenza and Covid in winter

Co-infection will cause more severe pathological changes in the lungs, say researchers 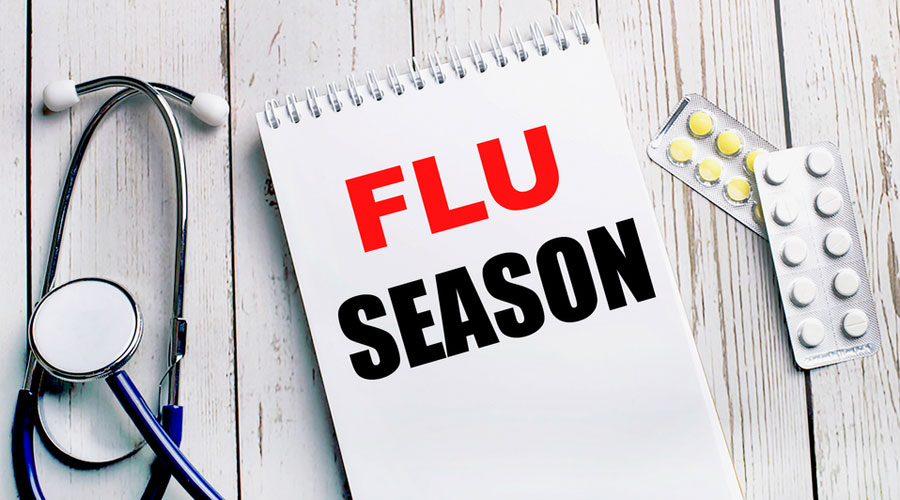 Virologist Ke Xu and her colleagues at Wuhan University had found influenza A virus infections enhancing the infectivity of SARS-CoV-2, the coronavirus that causes Covid-19, in laboratory cells and increasing viral loads and lung damage in mice.
Shutterstock
G.S. Mudur   |   New Delhi   |   Published 16.10.20, 02:38 AM

Seasonal influenza viruses could aggravate simultaneous Covid-19 infections and cause severe illness, Chinese researchers said on Thursday after experiments on cells and mice that they say hold lessons for the coming winter months.

Virologist Ke Xu and her colleagues at Wuhan University had found influenza A virus infections enhancing the infectivity of SARS-CoV-2, the coronavirus that causes Covid-19, in laboratory cells and increasing viral loads and lung damage in mice.

Health experts had been concerned about the possibility of simultaneous or “co-infections” with flu viruses and SARS-CoV-2, particularly because influenza was expected to rise during winter.

But it had been unclear whether or how influenza infections might influence the course of Covid-19 superposed on the flu.

The limited patient reports had been inconclusive. Doctors in Barcelona, Spain, had in May reported that the conditions of three of four patients co-infected with influenza and Covid-19 had deteriorated into severe respiratory illness.

However, doctors in Wuhan had reported, also in May, that patients with Covid-19 and influenza had similar clinical disease as patients with only Covid-19.

In the new experiments, the researchers at the State Key Laboratory of Virology, Wuhan University, co-infected cells and mice with the H1N1 influenza virus and SARS-CoV-2. The genetically engineered mice possessed the molecular gateways that the SARS-CoV-2 virus uses to enter human cells.

They found that the influenza infection increased the SARS-CoV-2 infectivity in cells five-fold, and the viral load in mice six-fold to 12-fold. The co-infection also caused more severe pathological changes in the lungs than infection with only SARS-CoV-2.

Their findings represent the first experimental evidence that pre-infection with an influenza virus such as H1N1 “strongly promotes” SARS-CoV-2 entry and infectivity in cells and animals, the researchers said in a paper not peer reviewed yet but posted on an online preprint archive.

The scientists said their findings underscored the importance of mask use and physical distancing during the coming winter months when large proportions of people across the northern hemisphere are likely to be exposed to threats from both infections.

A senior Indian medical virologist said the implications for co-infected patients were unclear. “A lot will hinge on the timing between the two exposures,” Shailendra Saxena, professor at the King George’s Medical University, Lucknow, told The Telegraph.

A patient’s response, Saxena said, is likely to depend on how long after infection by the influenza virus they were exposed to the SARS-CoV-2 virus. After infection, the immune system typically eliminates both viruses within a week to 10 days.

“But the findings highlight the challenges ahead — the H1N1 season is starting now,” Saxena said. “If doctors encounter patients who are positive for both, they’ll face a dilemma of choosing the right treatment. For H1N1, oseltamivir is prescribed; for Covid-19 the line of treatment is different.”

The country’s seven-day average of daily new cases has fallen over the past four weeks, from 97,894 on September 16 to 67,349 on October 14. But health officials and doctors are worried that the triad of the opening economy, festival weeks and winter months might trigger a fresh surge.