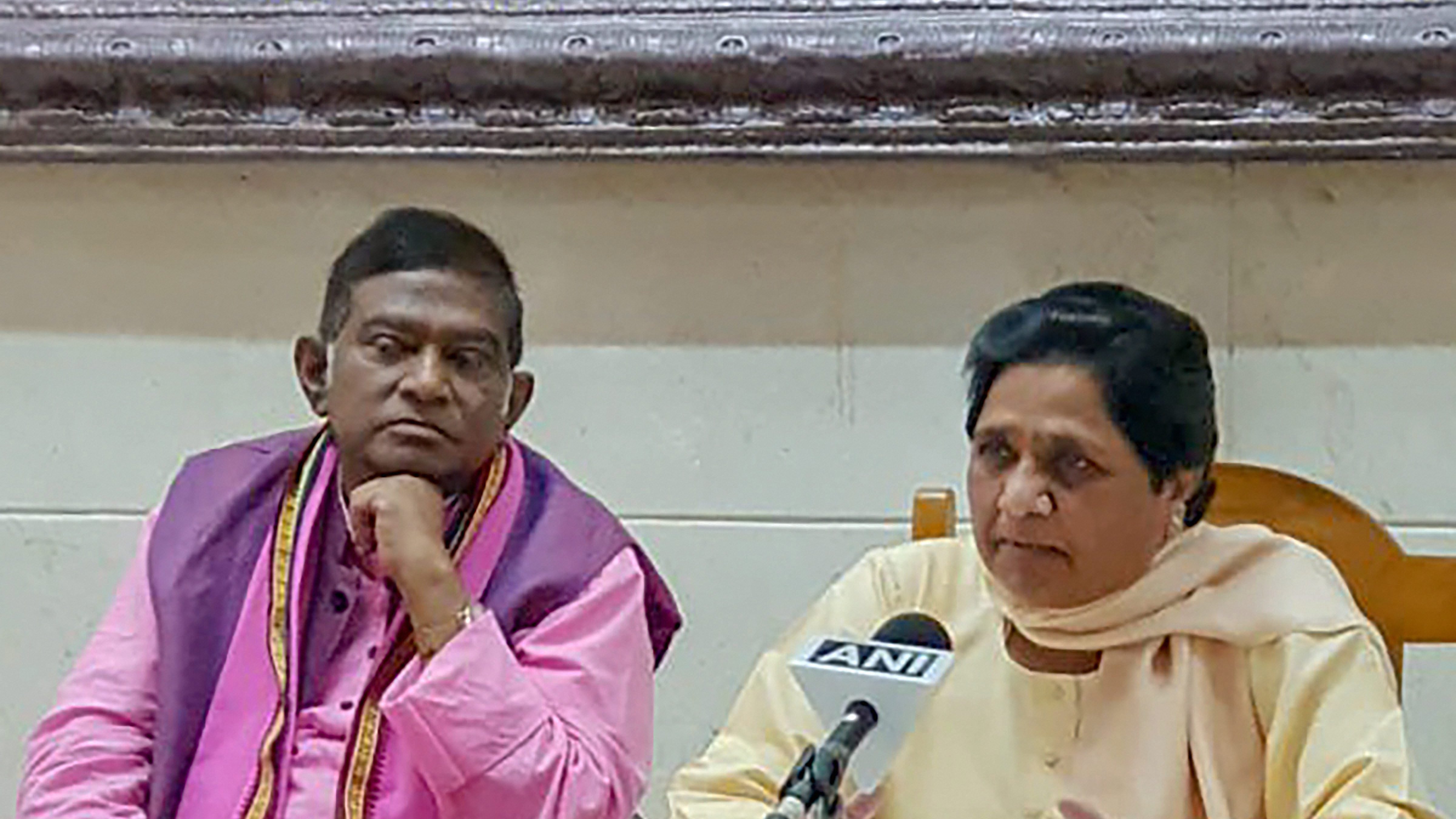 Ajit Jogi and Mayawati at the news conference in Lucknow on September 20 where they announced their alliance for elections in Chhattisgarh.
PTI
K.N. Kishore Of 101 Reporters   |   Raipur   |   Published 11.11.18, 03:17 PM

This, however, does not give the full picture. According to the November Lokniti-CSDS forecast for ABP News, the JCC-BSP-CPI alliance could net about 15% of the total votes. This is two times greater than the 7 percentage point vote margin recorded by the survey between the BJP and the Congress. The Jogi alliance seems to be damaging the Congress far more than BJP as nearly one in six traditional Congress voters plans to vote for JCC- BSP-CPI.

On the other hand, only 4 per cent of traditional BJP voters were found favouring the Jogi-Mayawati alliance. The dent made by the JCC and BSP to the Congress’s traditional votes is greatest among Dalits and tribals. About 23 per cent Dalits, who described themselves as traditional Congress voters, and 16 per cent Adivasis, who used to vote Congress, seemed inclined to vote for the JCC-BSP.

This has ensured that the BJP is now neck and neck with the Congress in votes among Dalits and tribals.

The SC-ST population accounts for more than 43% of voters in Chhattisgarh.

While BJP and Congress had initially taken JCC lightly, things are changing on the ground. Both parties are now aware that the alliance could dent their vote shares.

Jogi will contest from Marwahi, which has sent him to the Assembly twice.

The Congress has started calling the JCC-BSP-CPI alliance the BJP’s B-team.

T.S. Singh Deo, the Congress leader of Opposition, blamed Jogi for helping the BJP even while he was in the Congress. “He was sabotaging the party in the state and not helping it win,” Singh Deo said.

“The way this (BJP) government has worked to support Mr Jogi, and the way Mr Jogi has unfortunately been sabotaging the Congress, I have always said that these are the grounds on the basis of which we cannot work together,” Singh Deo added.

Chhattisgarh BJP spokesperson Sachchidanand Upasane said Jogi’s words had no value and the public would not believe him. “Sometimes Jogi says he will fight the election from Rajnandgaon, then says (he) will not be in the election fray and then files nomination papers. Such mood swings will not have any impact on electors,” said Upasane.

Ajit Jogi released his election manifesto on a Rs 100 stamp paper on Saturday. He pledged to execute his 14 mission statements on the first day that he returns to power. “If I don’t follow (the oath), I can be jailed,” he said.

Jogi, now the president of the newly formed Janata Congress Chhattisgarh (JCC), was the state's first chief minister from 2000 to 2003. He was the Congress’s face there. But this election, at least one mood-of-the-electorate survey has said his presence in the fray, with allies BSP and CPI, will do more damage to his once-parent party than to the BJP.

In an interview to The Telegraph earlier this month, the former chief minister criticised the BJP, but said he would never “talk against the Nehru-Gandhi family” and spoil the three-decade personal association with them. This, when the Congress declined to give his wife and sitting MLA Renu Jogi a ticket. She is now contesting on a JCC ticket.

Jogi won't say which way he will sway if Chhattisgarh threw up a hung House.

The stamp paper, that Jogi released with fanfare, said he would bring 100 per cent reservation for people in the state in government jobs to counter the trend of “outsourcing” work, give stipends to unemployed graduates and post-graduates and slash the state GST and other taxes on fuel by half.

Ally BSP seemed to agree with Jogi’s wish list. “We agree with the points taken up in the manifesto. Being alliance partner (we) will stick to it and all the promises made will be fulfilled,” BSP state chief O.P. Vajpayee said.

Chhattisgarh, with 90 Assembly segments in total, votes in the first phase on November 12 and again on November 20. Counting will be on December 12.

The November-December elections in five states --- Madhya Pradesh, Chhattisgarh, Rajasthan, Telangana and Mizoram --- are being seen as the semi-final to the general elections in 2019.

Round 3 of the Mood of the Nation survey conducted by the Lokniti-CSDS for ABP News says there are more people in the country today who do not want the Narendra Modi-led government to return in 2019 than those who do.

The May 2018 report said: “There are more people in the country today who do not want the Narendra Modi-led… government to return to power.”

The survey found that 47 per cent of the 15,859 respondents were of the opinion that the Modi government does not merit another chance. Less than 2 of every 5 (39 per cent) thought it did deserve a second innings in power, with the rest being non-committal.

The survey said that the numbers for the NDA were almost “as bad as those that had been recorded for the UPA in July 2013, nine months before the 2014 general elections. Back then 39% had been against giving the UPA another chance. 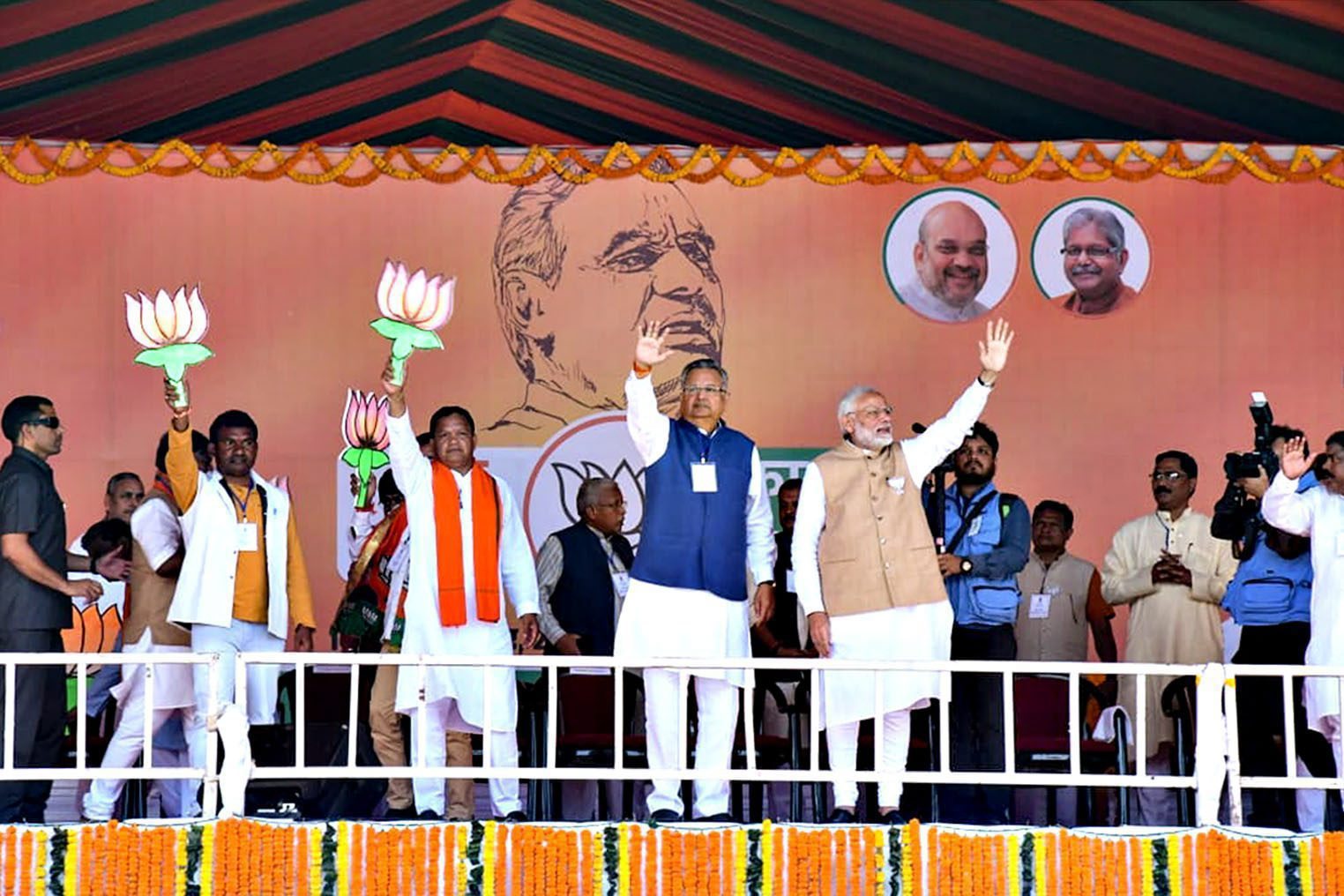