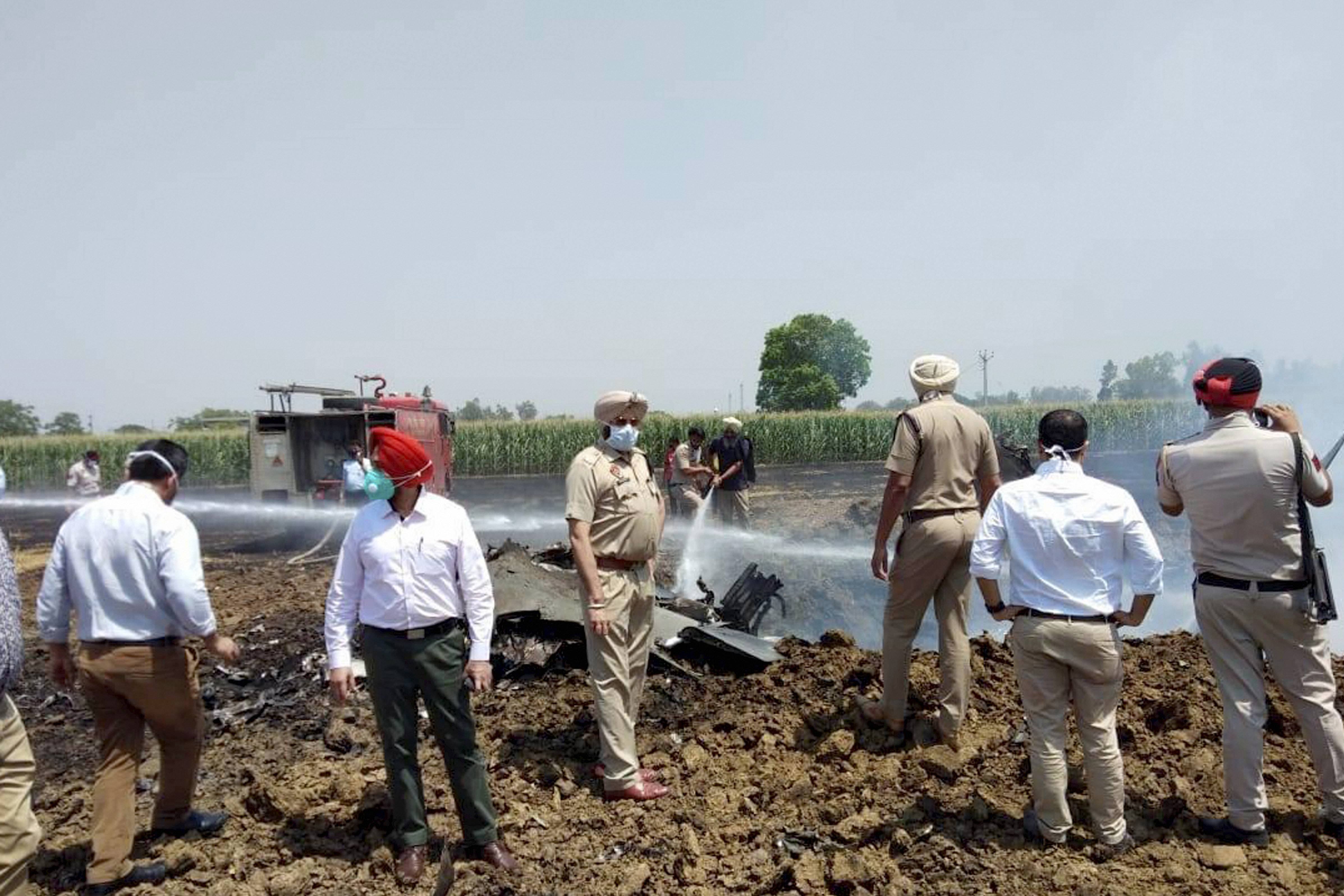 A Mig-29 fighter aircraft of the IAF crashed in Chuharpur village in Punjab's Nawanshahr on Friday after it developed a technical snag, officials said.

The pilot ejected safely and has been rescued, they said.

The crash took place around 10.30am, the officials said.

An IAF spokesperson said the Mig-29 aircraft was on a training mission from an Air Force base near Jalandhar.

'The aircraft had developed a technical snag and the pilot ejected safely as he was unable to control the aircraft,' he said.

The official said the pilot has been rescued by a helicopter and a court of inquiry has been ordered to investigate the cause of the accident.